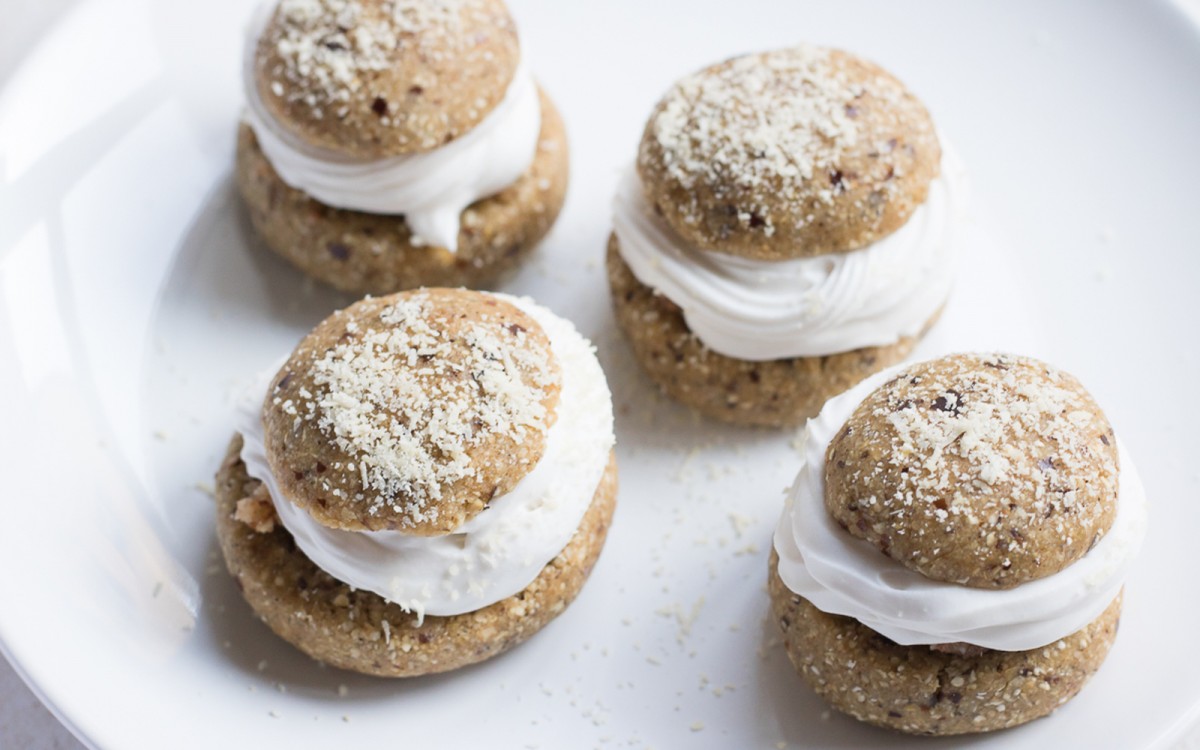 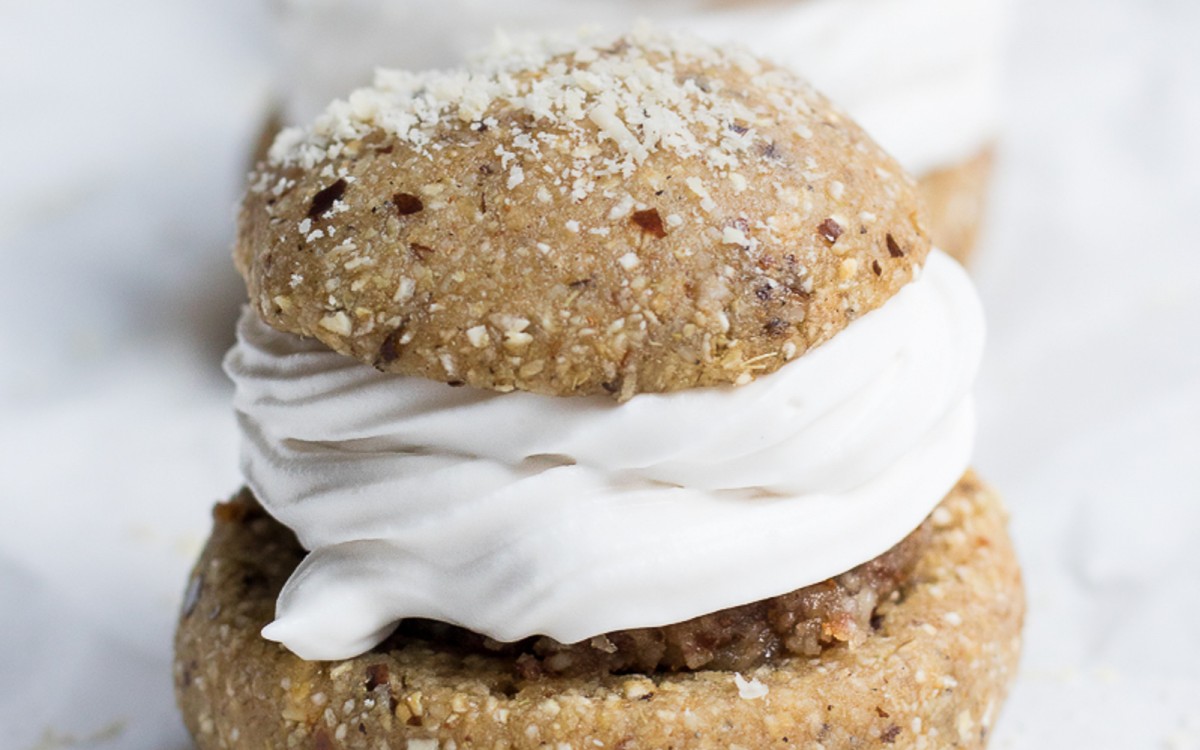 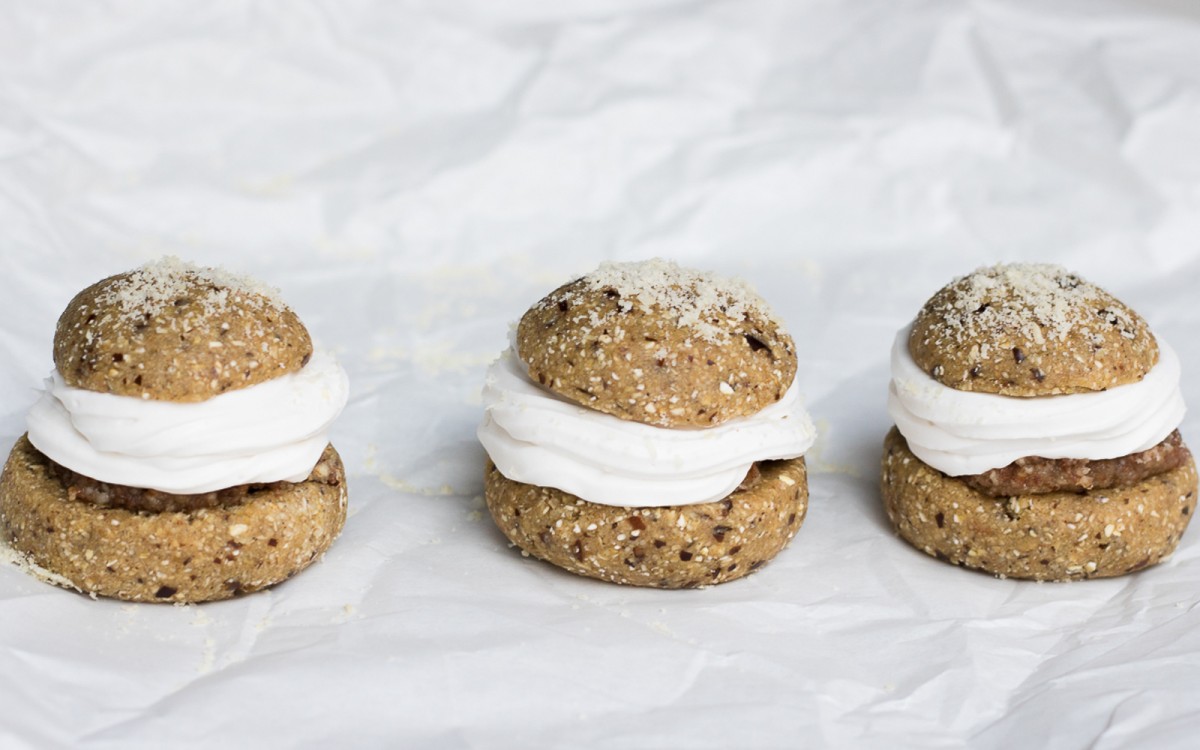 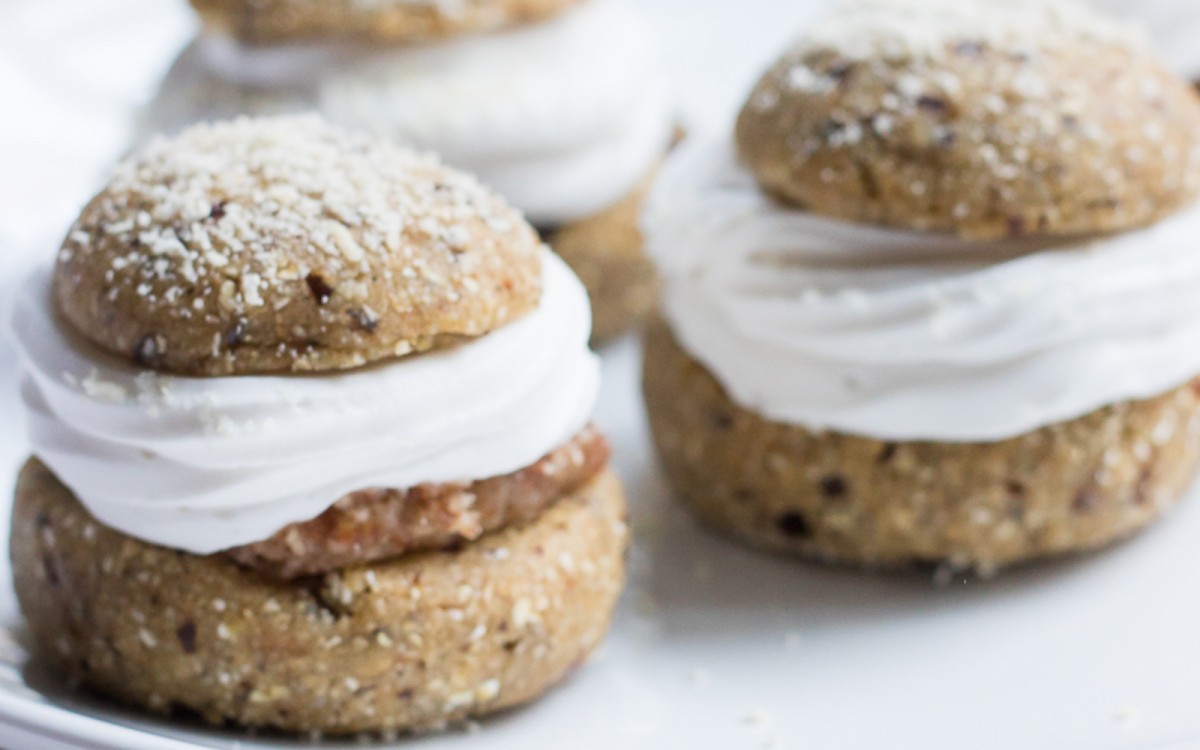 The Swedish-Finnish semla consists of a cardamom-spiced wheat bun which has its top cut off, and is then filled with a mix of milk and almond paste and topped with whipped cream. This recipe is a traditional semla, with a few substitutions. Regular milk is substituted for coconut and the whipped cream for a vanilla-coconut cream. The result is the same: a fluffy, creamy, and quite adorable dessert that would go perfectly with tea or coffee. Yum!

For the Almond Paste:

For the Coconut Cream:

Natalie Yonan is a raw chef and recipe developer and the blogger behind Happy Health Blog. She creates delicious, stunning, healthy, and easy-to-make dishes that inspire people to add more plants into their diets. She travels the world, experiments in the kitchen, and runs a raw dessert company.