By The Plant-Based Londoner 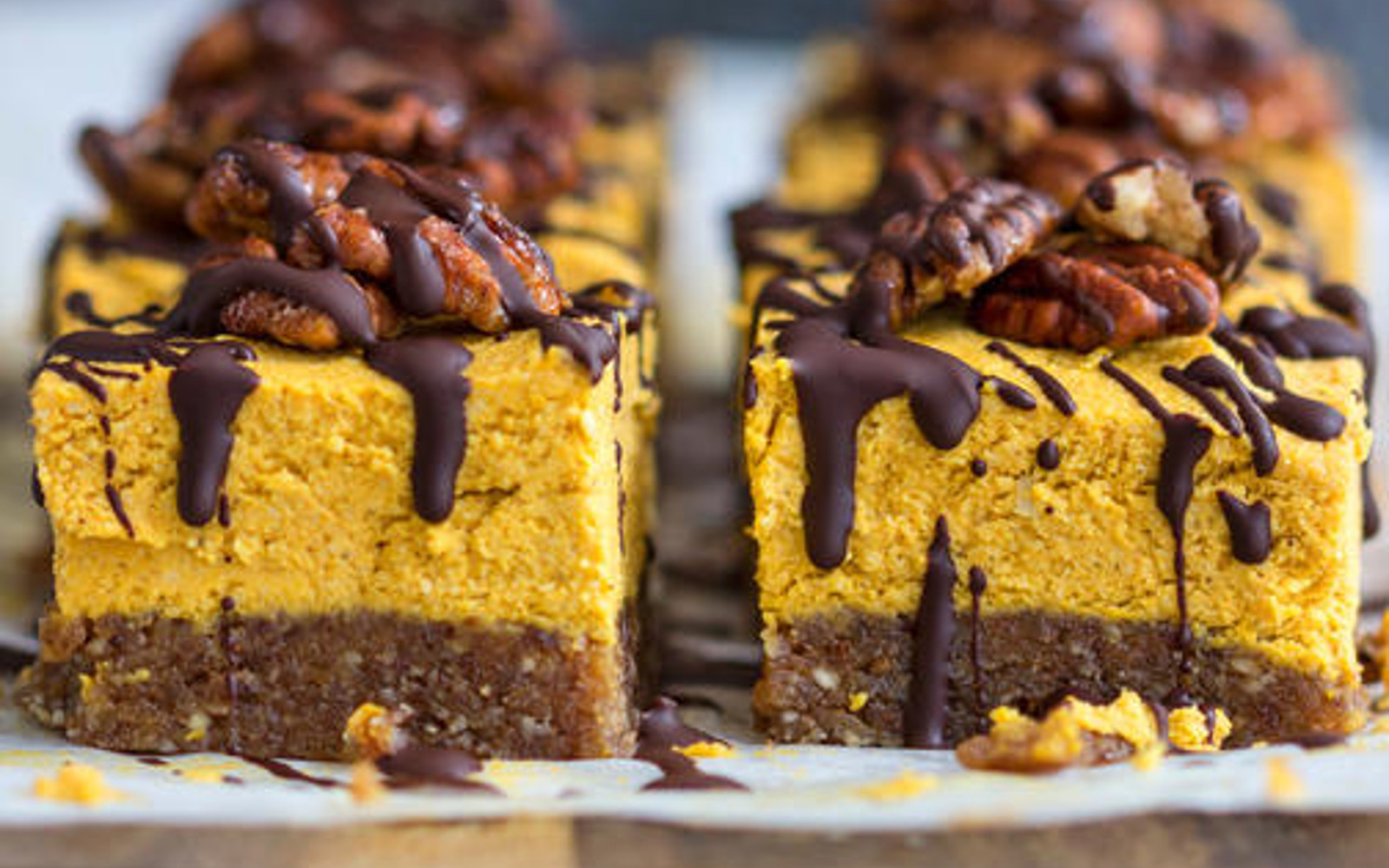 Is there anything more autumnal than pumpkin pie? Infuse all the flavors of your favorite seasonal dessert into these adorable mini cheesecakes! We highly recommend you give them a go– especially if you’re a fall fanatic. This dessert is especially good during the first month or so of fall when it is too hot to enjoy a warm treat but you still want to celebrate the season.

Per Serving: Calories: 525 | Carbs: 39 g | Fat: 42 g | Protein: 7 g | Sodium: 6 mg | Sugar: 26 g Note: The information shown is based on available ingredients and preparation. It should not be considered a substitute for a professional nutritionist’s advice.

Hello! I'm Megan, nutrition coach in training, recipe developer, blogger and avid nut butter addict. I'm a massive food lover and spend my time creating nourishing yet oh so indulgent recipes that aim to show people that plant-based eating is anything but boring.