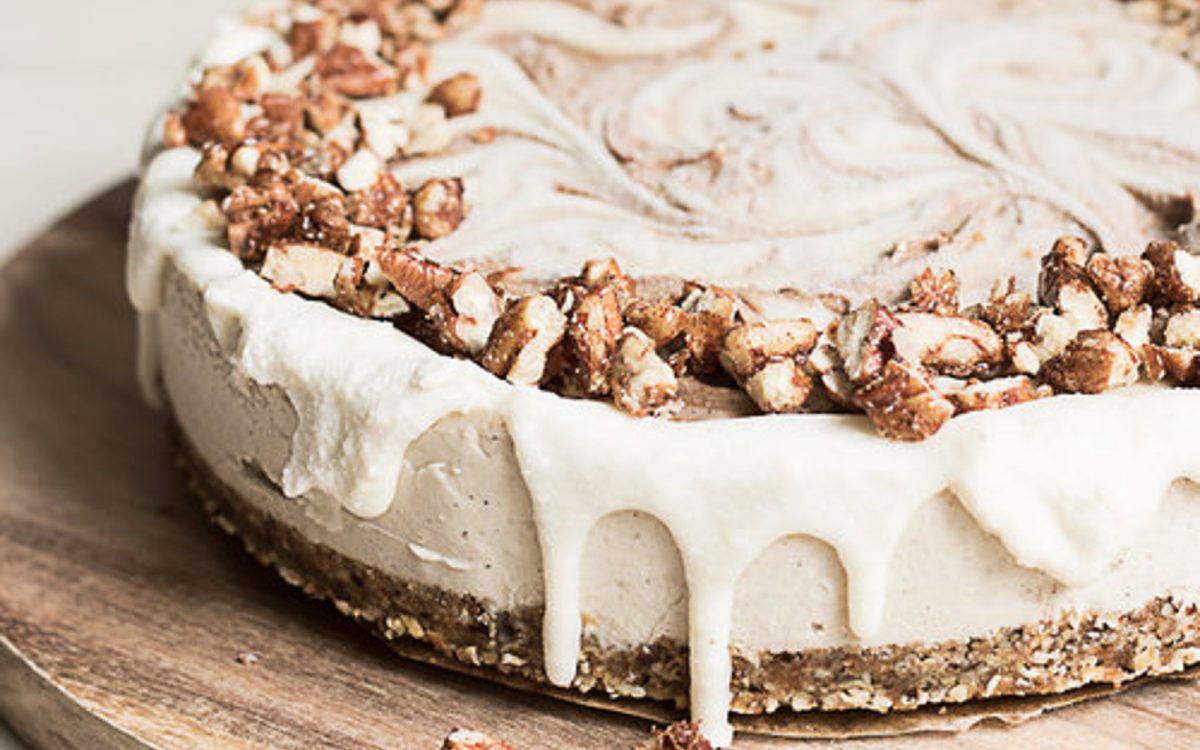 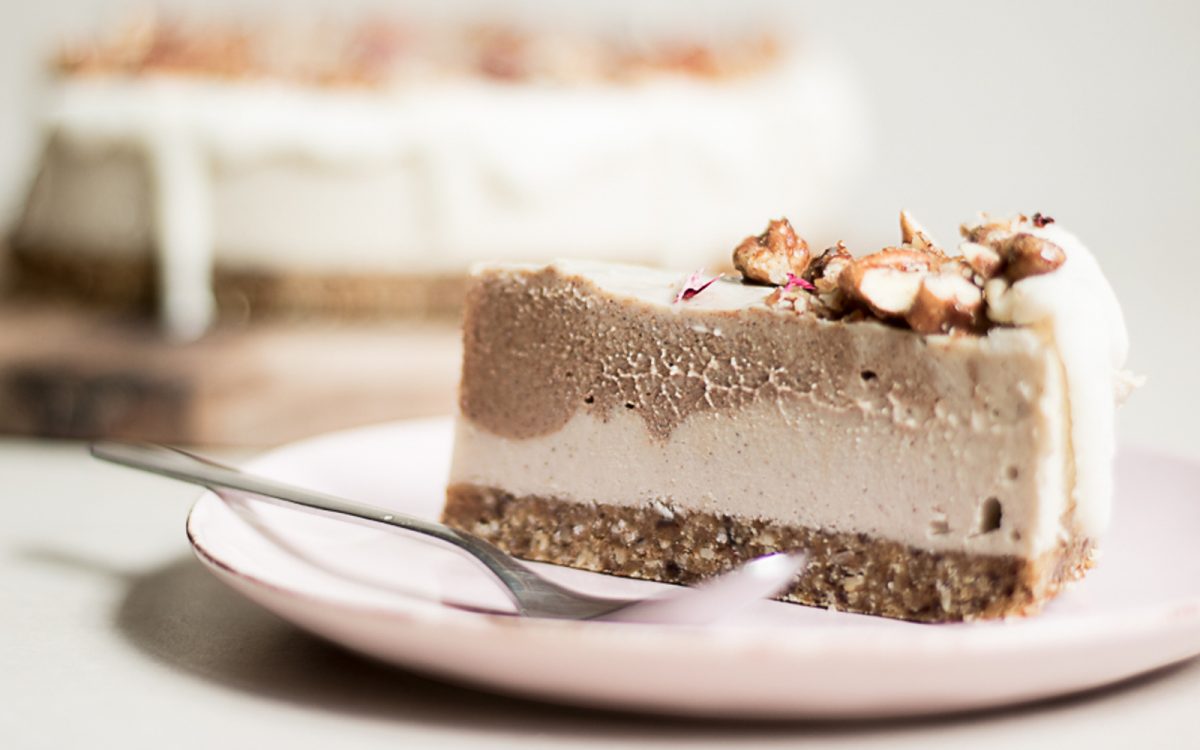 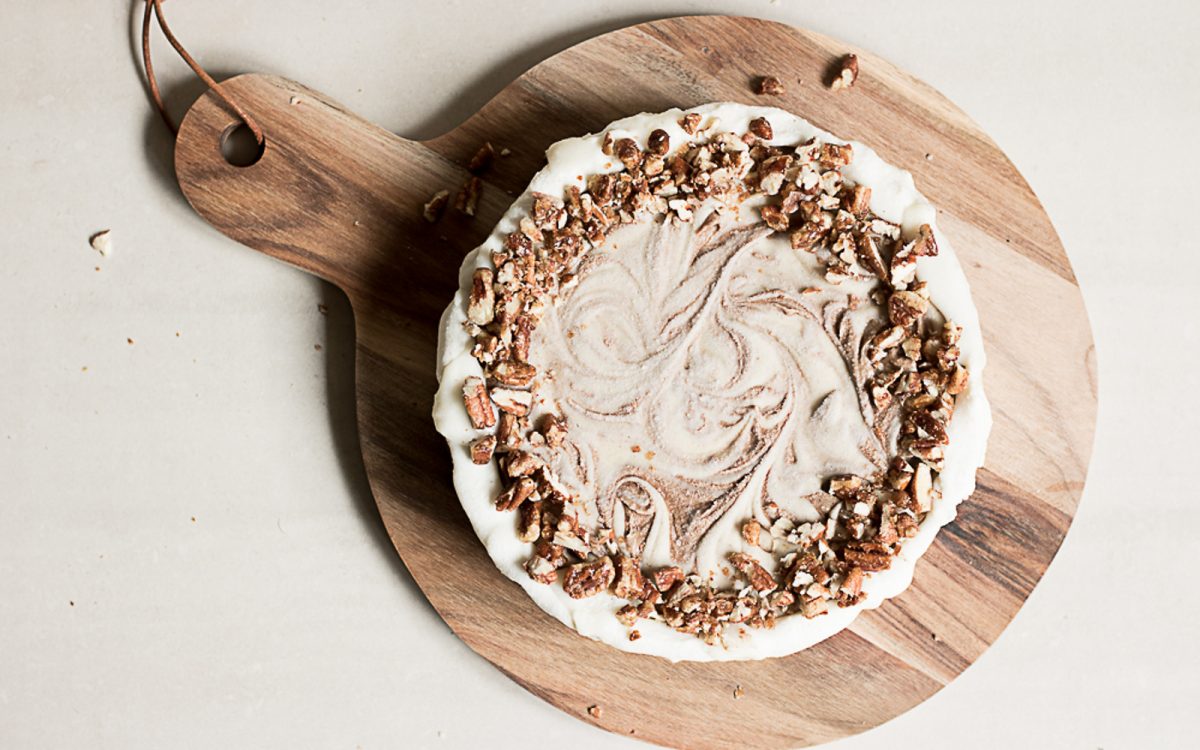 No one can say "no" to this decadent, raw cinnamon bun cake. It has all of that cinnamon roll flavor but in a totally different shape and form! A buttery pecan oat crust, creamy cardamom vanilla filling, and a sweet cinnamon swirl topped with melted creamed coconut and cinnamon candied pecans. It's perfect for any occasion. Serve this sweet, cinnamony cake with a cup of black tea or coffee.

For the Cinnamon Swirl:

For the Cardamom Vanilla Layer:

- The creamed coconut can be substituted for a mixture of coconut oil and coconut flour at a ratio of 1 to 2 1/2.

Per Serving: Calories: 525 | Carbs: 64 g | Fat: 27 g | Protein: 9 g | Sodium: 102 mg | Sugar: 36 g Note: The information shown is based on available ingredients and preparation. It should not be considered a substitute for a professional nutritionist’s advice.

Natalie Yonan is a raw chef and recipe developer and the blogger behind Happy Health Blog. She creates delicious, stunning, healthy, and easy-to-make dishes that inspire people to add more plants into their diets. She travels the world, experiments in the kitchen, and runs a raw dessert company.