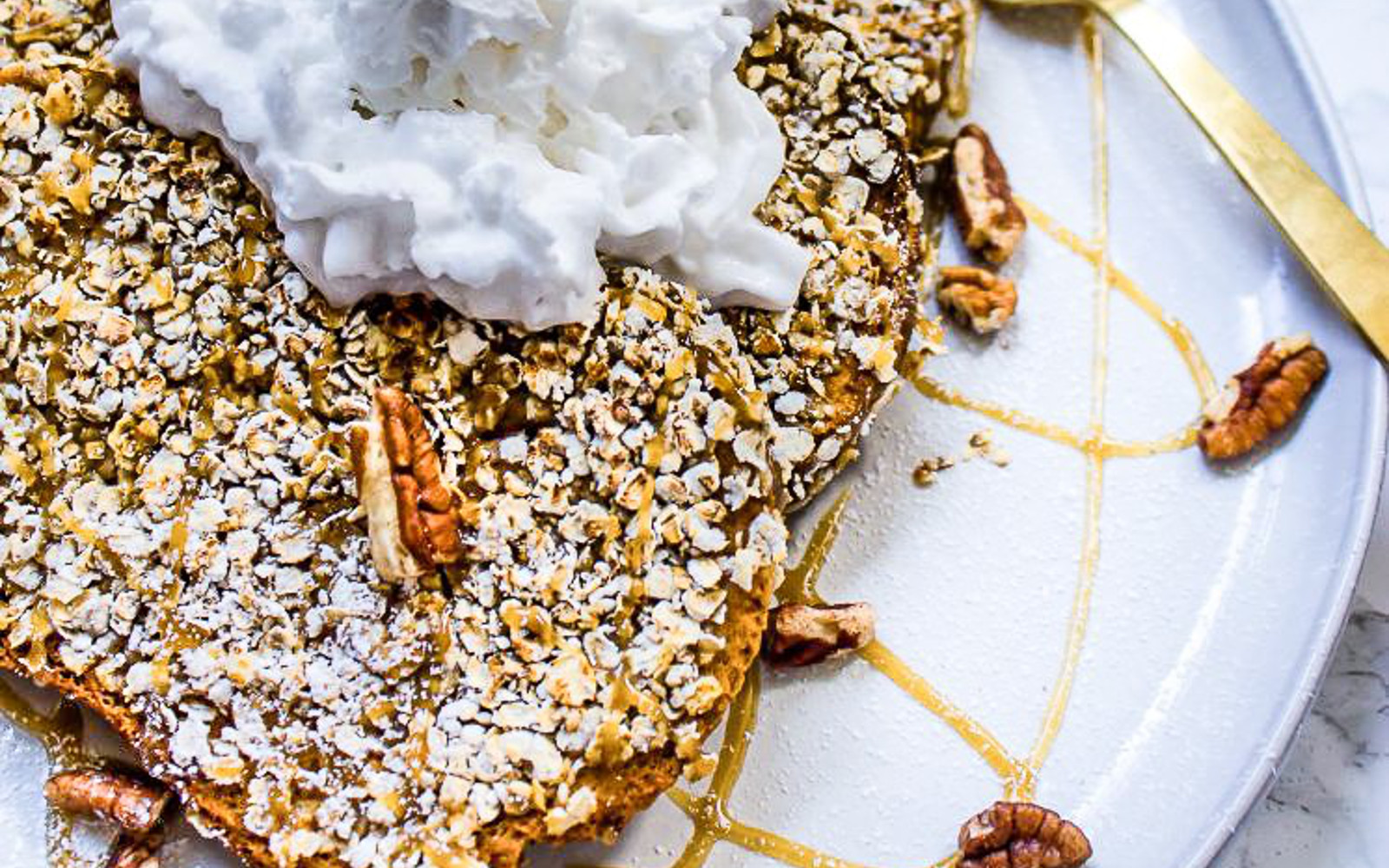 Making gluten-free and vegan french toast is somewhat of a challenge, but in this case, it isn't! The goopiness of pumpkin replaces the eggs then, each piece of bread is coated in oats to create a crunchy outer layer.

2 batches of the pumpkin mixture makes about 8 slices of french toast.

GINA FONTANA is a certified health coach and food blogger based in Columbus, Ohio, creating naturally gluten-free + dairy free + plant-based dishes that take 30 minutes or less to prepare. Here she lives with her husband Ben, baby boy Read, and two fur babies Boomer + Mickey. Gina works full-time as a mommy, and in her “free time” she develops fun, fresh, unique recipes by pairing different flavors together to create one magical dish. You can find her recipes on her Healthy Little Vittles blog.