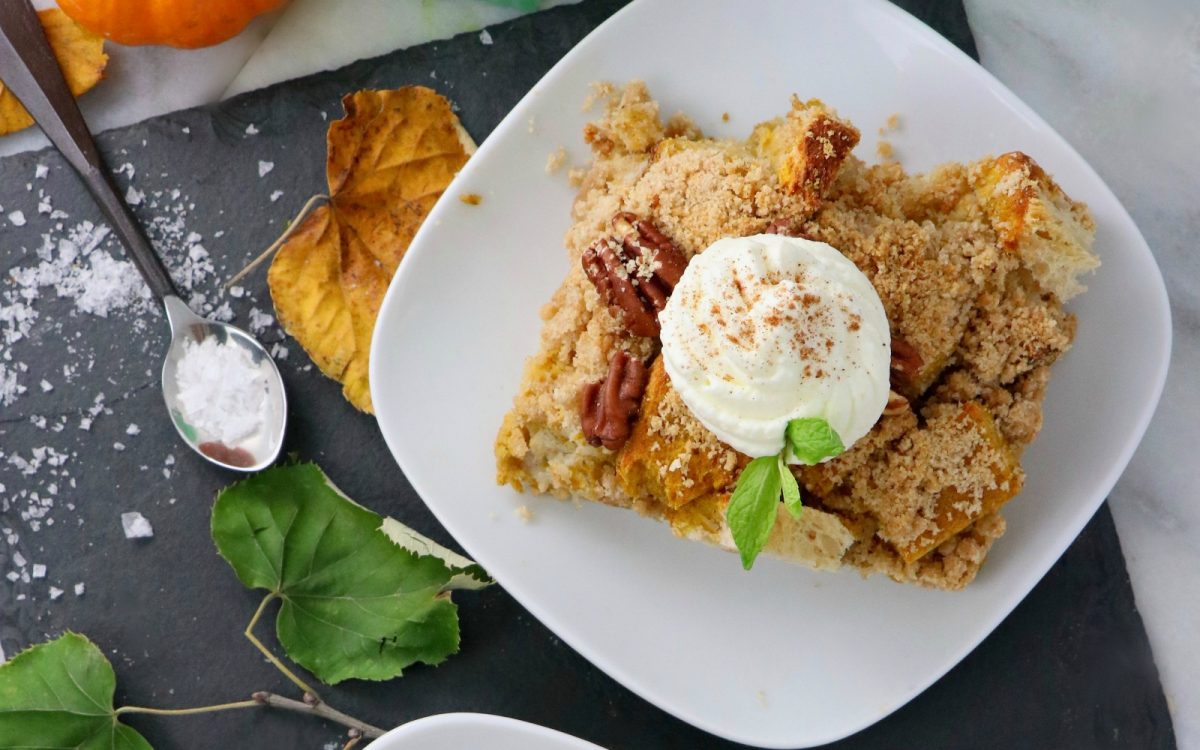 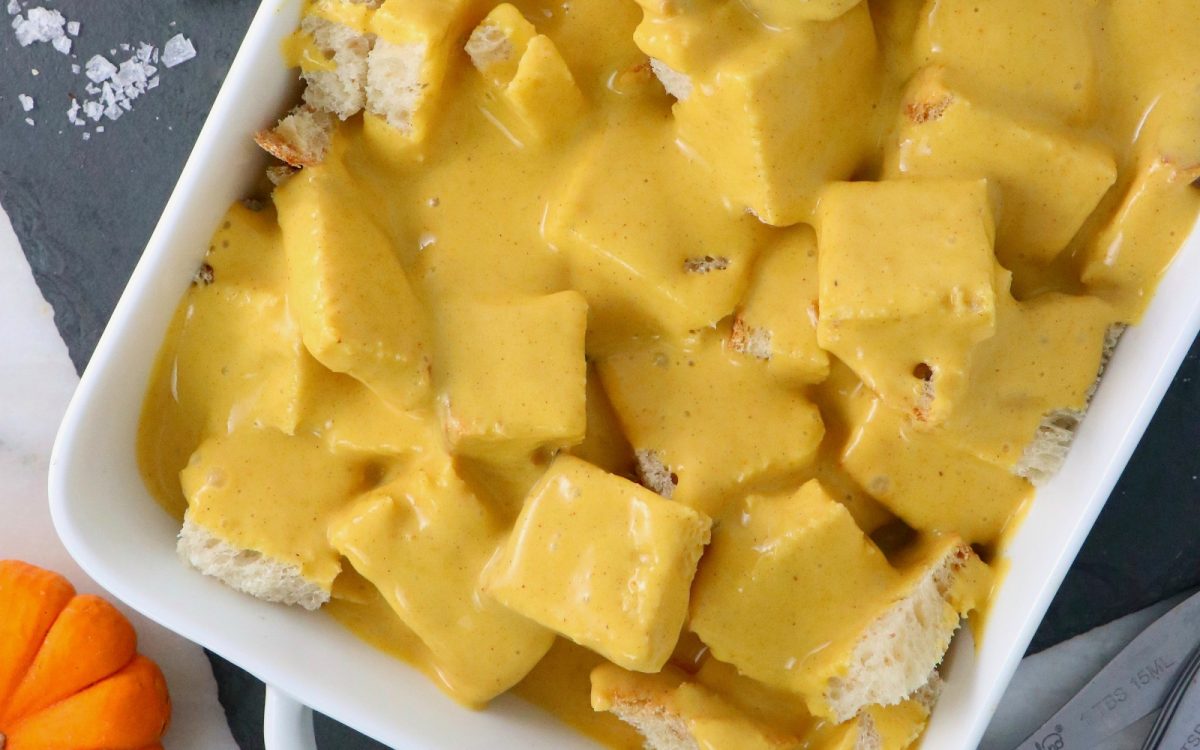 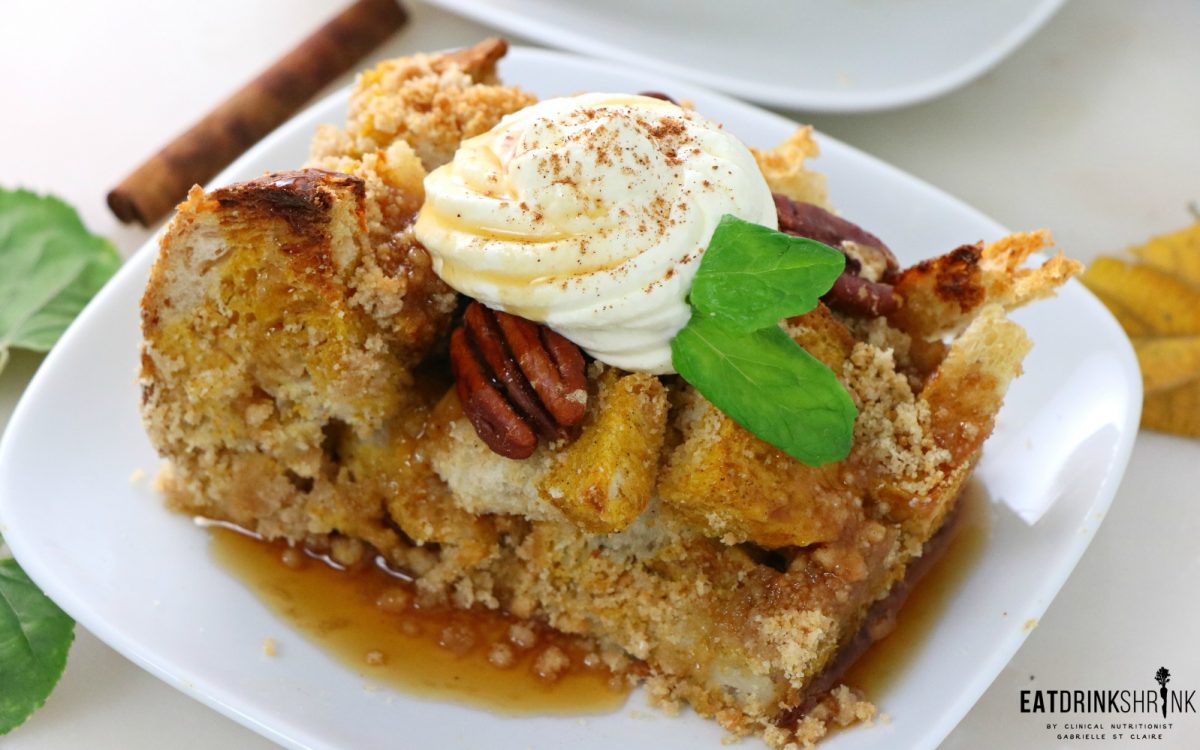 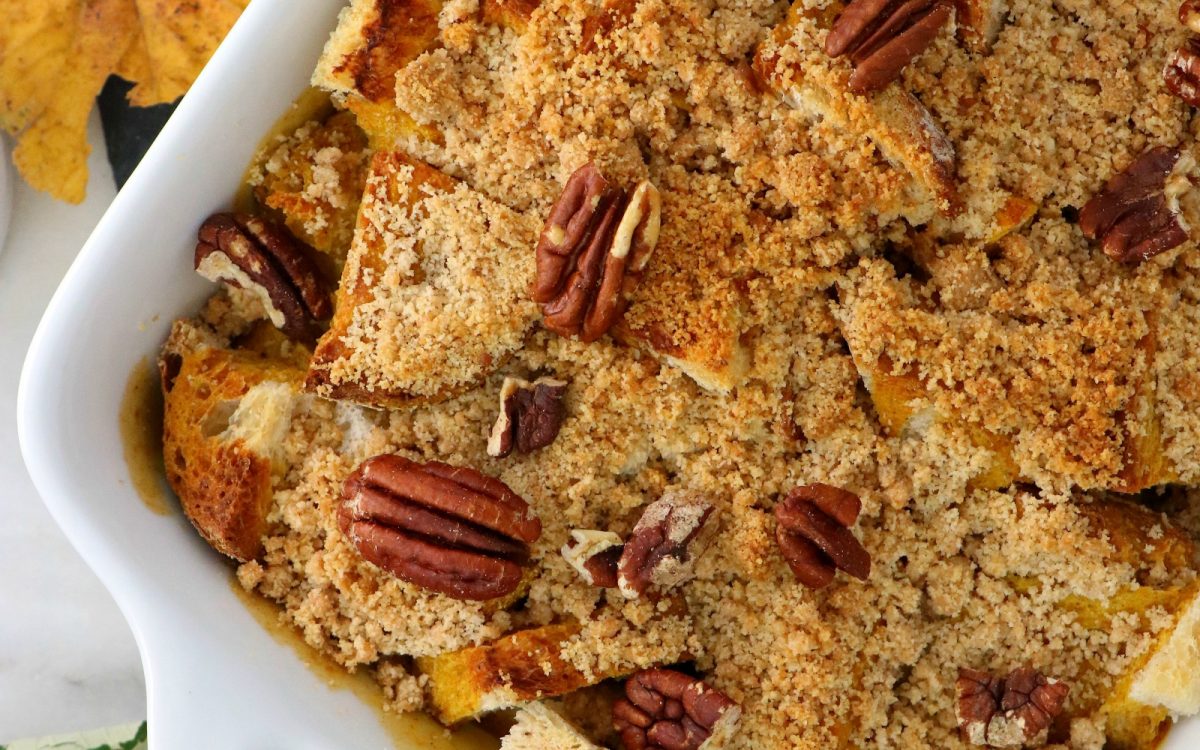 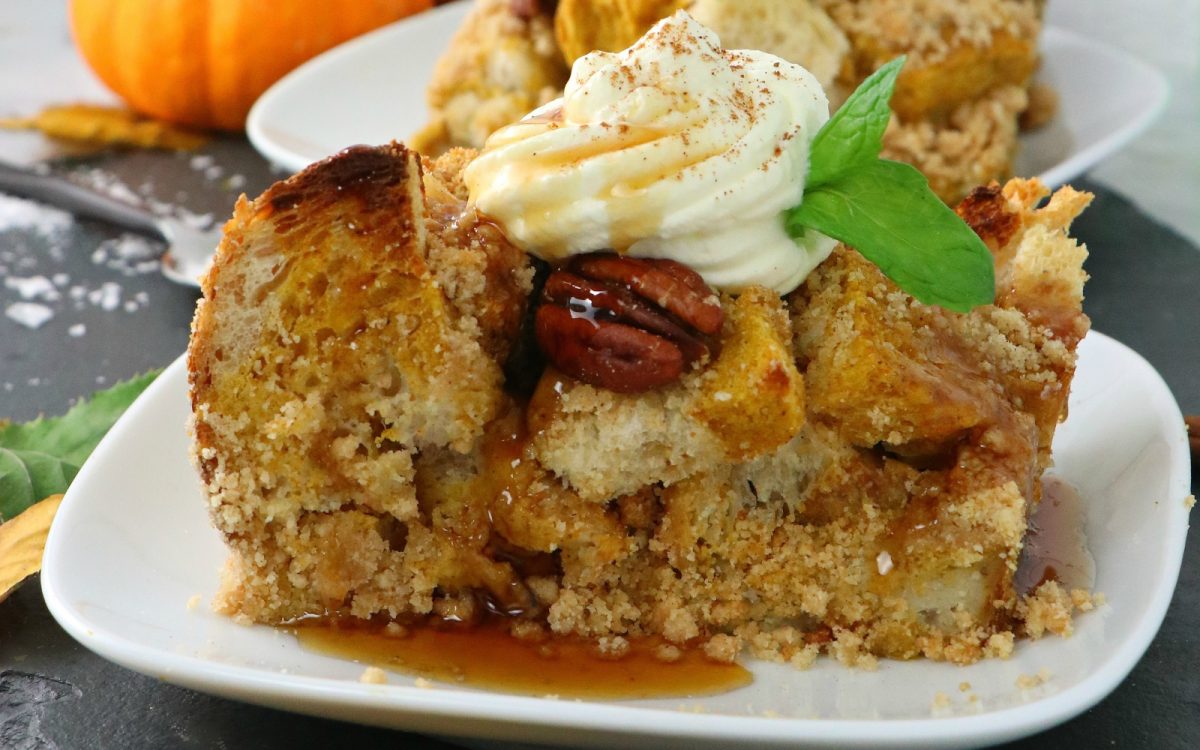 If you’re not familiar with a vegan french toast bake, its absolutely seamless! Rather than cooking each piece one at a time you simply soak, let chill overnight and pop in the oven! It’s easier for serving, puts the bites in smaller sizes so no need to cut, and are hands down one of my favorite concepts! What’s fab about this vegan pumpkin french toast bake, is everything! It’s effortless, affordable, has minimal ingredients, a rich pumpkin flavor, packs multiple textures, doesn’t need to be drowned in syrup, perf for fall, perf for entertaining, and tastes better than any french toast––vegan or not (promise).

For the Crumb Topping: