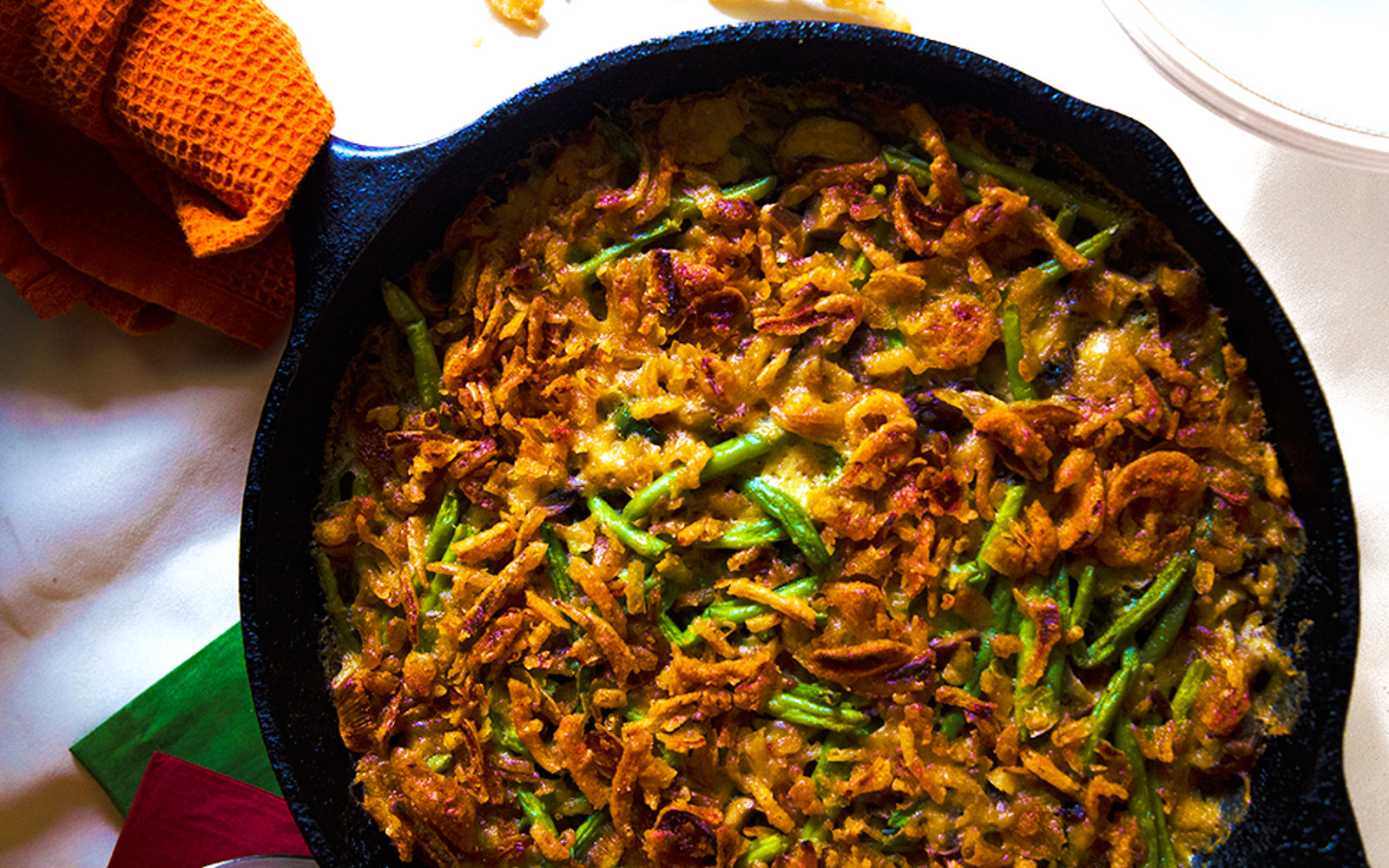 This green bean casserole is the perfect side to any holiday meal. The aspect of this dish that makes it so stellar and so perfect is the homemade Japanese-inspired vegan cream of mushroom soup. It may sound a little strange, but the Asian ingredients give the bulk of this dish a depth that is absolutely delicious. This is a truly comforting casserole that people will love to eat. It's deep and rich, and creamy yet crunchy. It's incredible. No one is going to be able to pull out those Japanese ingredients, but they will be able to tell that this dish is well-rounded in flavor.