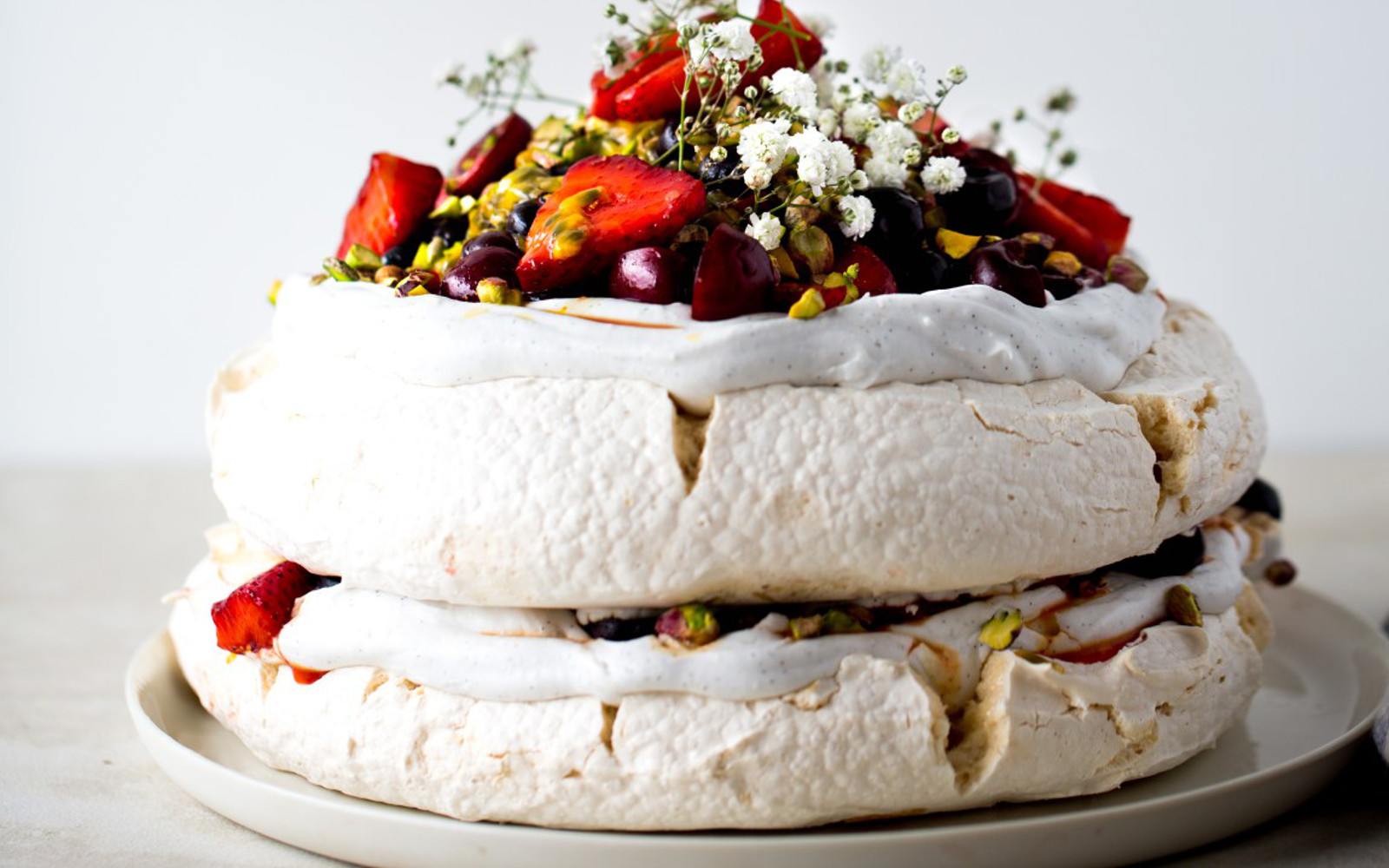 For the Whipped Coconut Cream:

For the Saffron Berries:

To Make the Meringue:

To Make the Whipped Coconut Cream:

To Make the Berries:

Total Calories: 1038 | Total Carbs: 159g | Total Fat: 45g | Total Protein: 12g | Total Sodium: 152mg | Total Sugar: 13g Note: The information shown is based on available ingredients and preparation. It should not be considered a substitute for a professional nutritionist’s advice.

Rebekah is the food blogger and avid home cook/baker behind The Floured Kitchen, a cooking site that celebrates seasonal vegan food, emphasizing baking, desserts, and all things floury. She firmly believes that we can eat delicious, flavourful food without harming others in the process, others that have the right to a beautiful life, free of harm, just as we do!