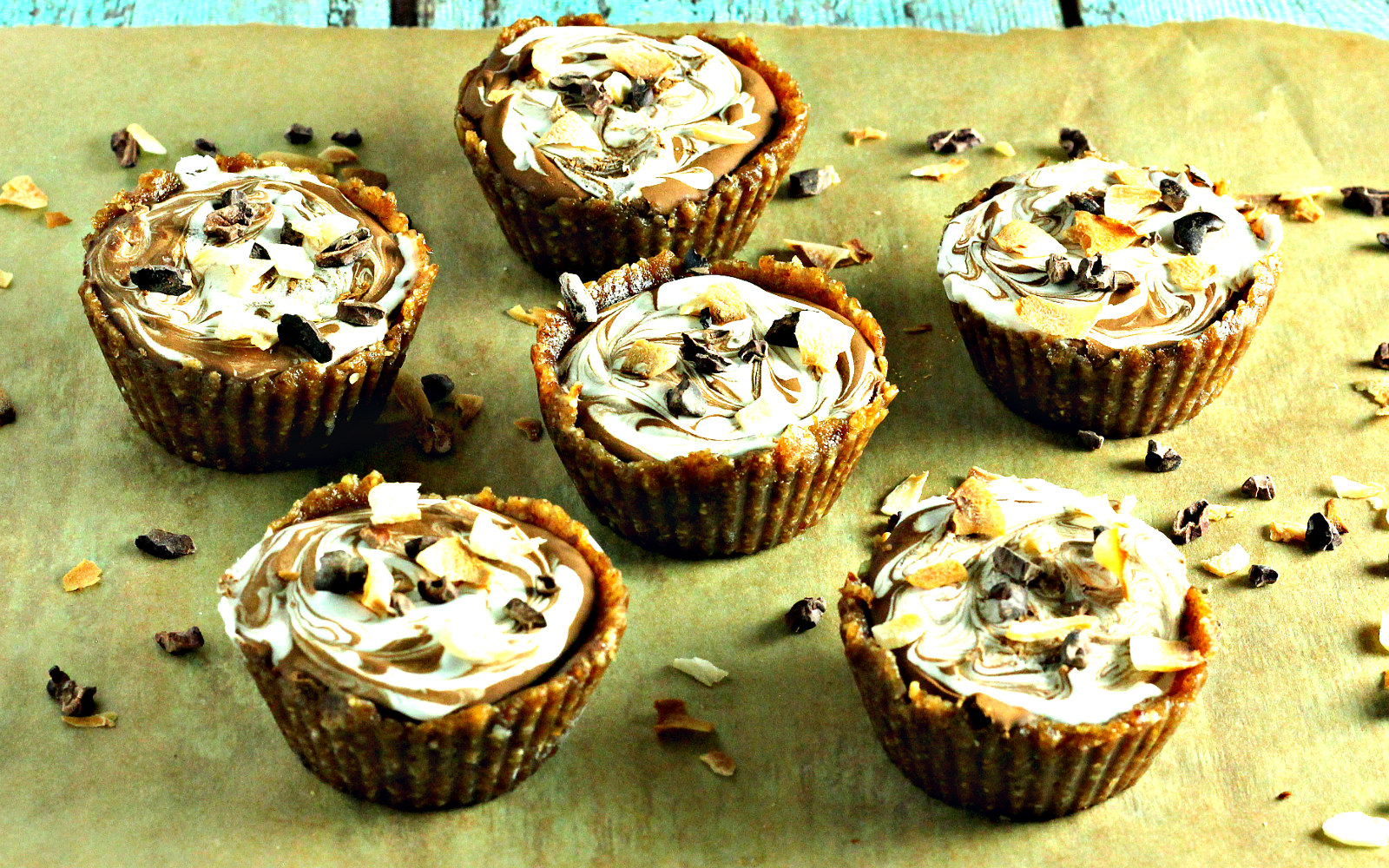 These decadent chocolate coconut swirl cups look like they came right out of a professional sweet shop, but they're so easy to make at home — and you don't need any fancy ingredients! The base is made from nuts and dates and the swirl filling is a blend of melted dark chocolate and whipped up coconut milk. On top of being amazingly easy to make, they're also grain-free!

To Make the Topping:

I'm Kimmy, a holistic nutritionist and author of Rock My Vegan Socks. I'm on the path to healthy living and loving myself and I want to share my passion for kale and chocolate with you! I focus on allergy-friendly recipes and you will find some appetizing healthy eats as well as some delicious indulgences here.