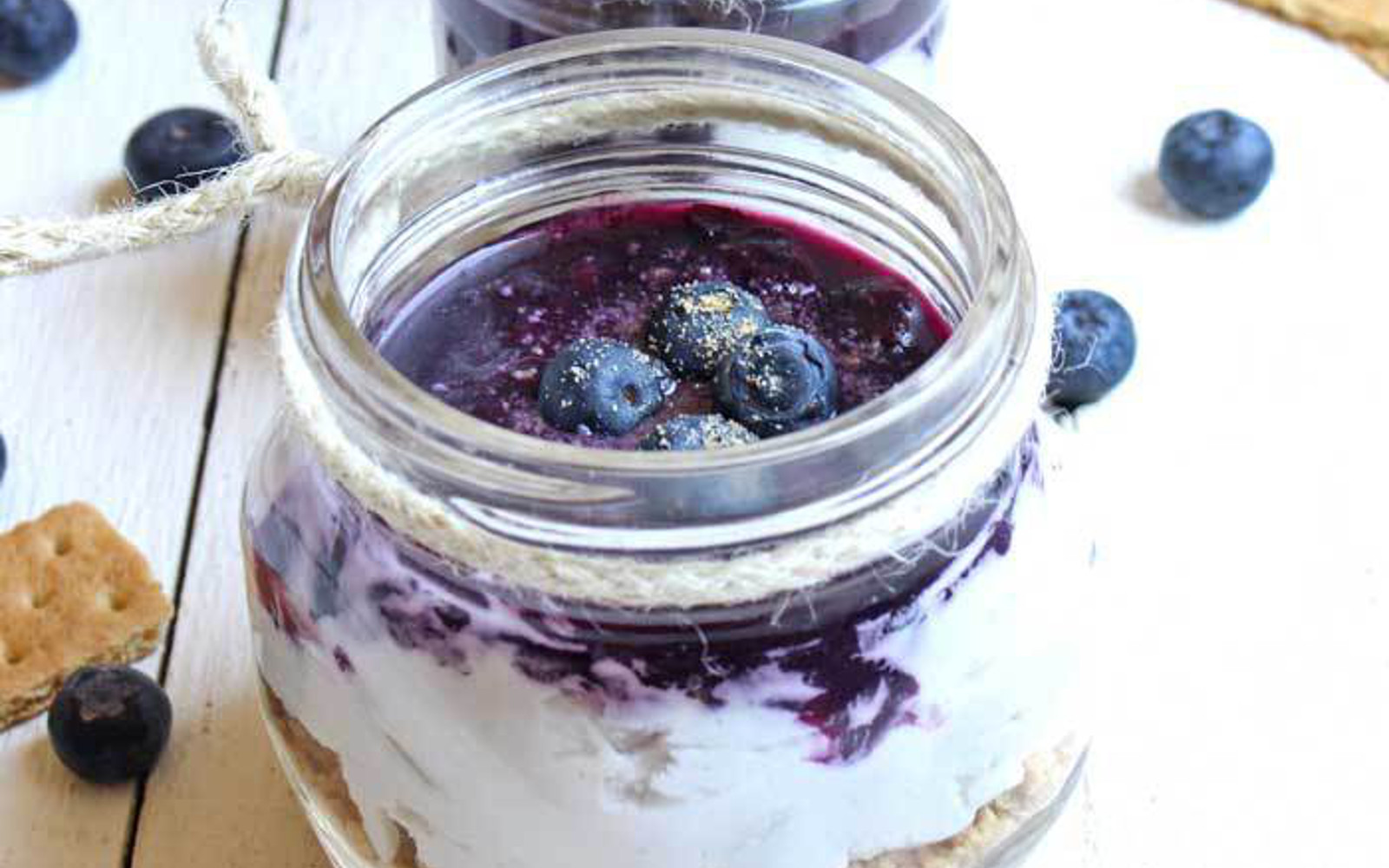 The no bake route is great for summer because honestly, who wants to deal with an oven in 90+ degree heat if they don't have to? This no bake vegan blueberry cheesecake can easily be made into whatever berry flavor you want – strawberry, blackberry, mixed berry, etc. And though you could easily turn this into an actual cheesecake with a full graham cracker crust base, dividing this no bake vegan blueberry cheesecake into jars is actually quite brilliant. Plus it makes the perfect party or BBQ dessert – not to mention they are adorable!

For the Blueberry Sauce:

Gluten-free and simple, healthy recipes that inspire better choices in the kitchen.

Kat Condon is the health coach and gluten-free recipe developer behind Katalyst Health. A fitness fanatic and self-proclaimed burpee lover, Kat uses her passion for healthy living to inspire her readers to make better choices in the kitchen with her simple healthy recipes. Check out her blog here: Katalyst Health