By The Vegan ABCs Cookbook by Lisa Dawn Angerame 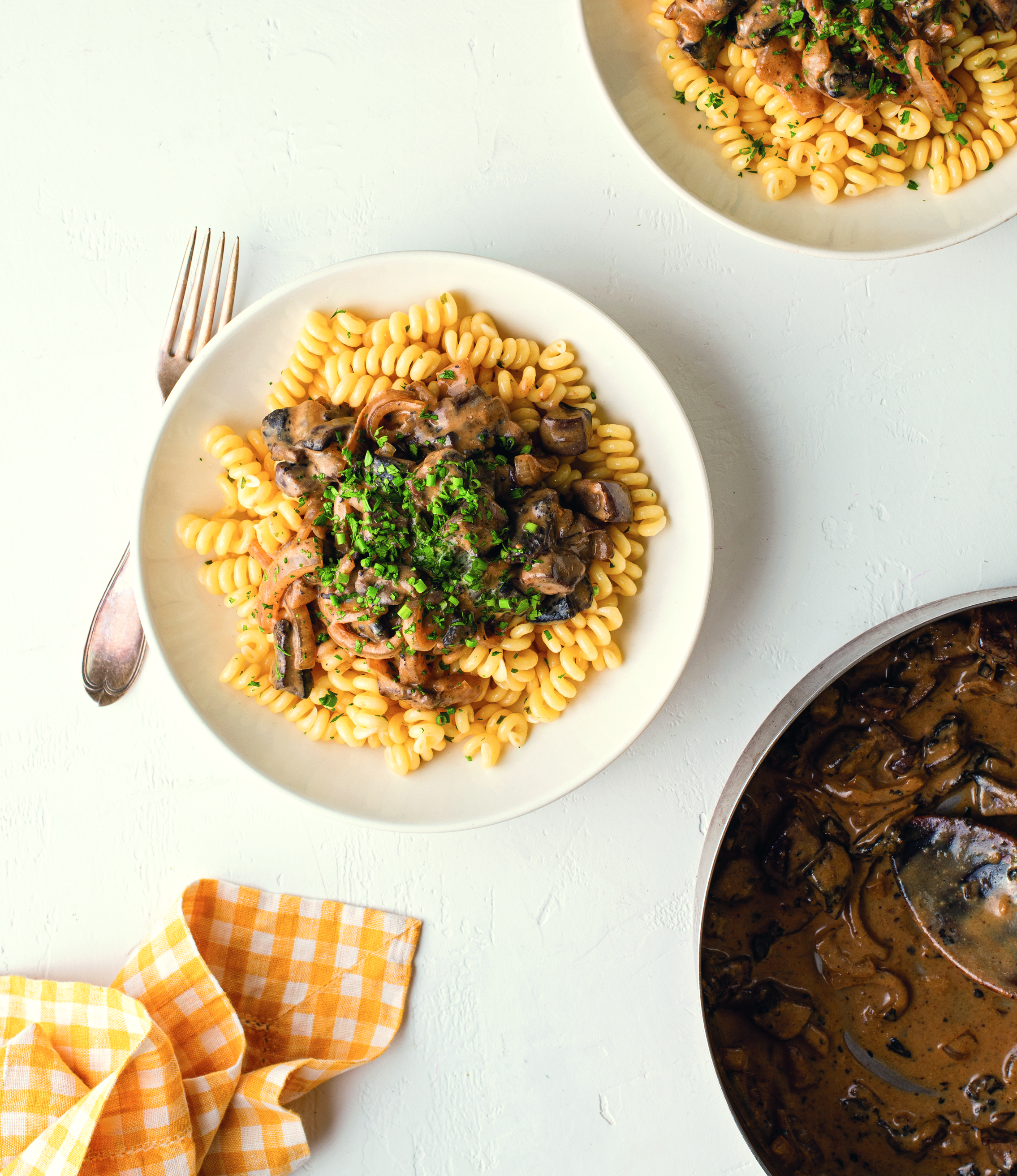 Stroganoff is a classic dish that was created by a French chef in St. Petersburg,Russia, in 1891 for a cooking contest. He won and the rest is history! The flavors are classically French (mustard) and Russian (meat in cream) at the same time. It’s really easy to veganize and modernize, with meaty portobellos and yogurt, so if you have food nostalgia like me, you are going to love it. It’s just as memorable and luxurious as the original. While it’s traditional to serve stroganoff over a bed of curly noodles, it’s also delicious with rice, vegan mashed potatoes and crispy roasted potatoes.   Reprinted with permission from The Vegan ABCs Cookbook by Lisa Dawn Angerame, Page Street Publishing Co. 2021. Photo credit: Alexandra Shytsman

With this cookbook, there’s no need to feel intimidated, as Lisa Dawn Angerame devotes each chapter to a different vegan staple, giving you the chance to familiarize yourself with each one. Never again puzzle over the difference between flaxseed and aquafaba as egg substitutes or between portobello and jackfruit as meat substitutes because this book has you covered.