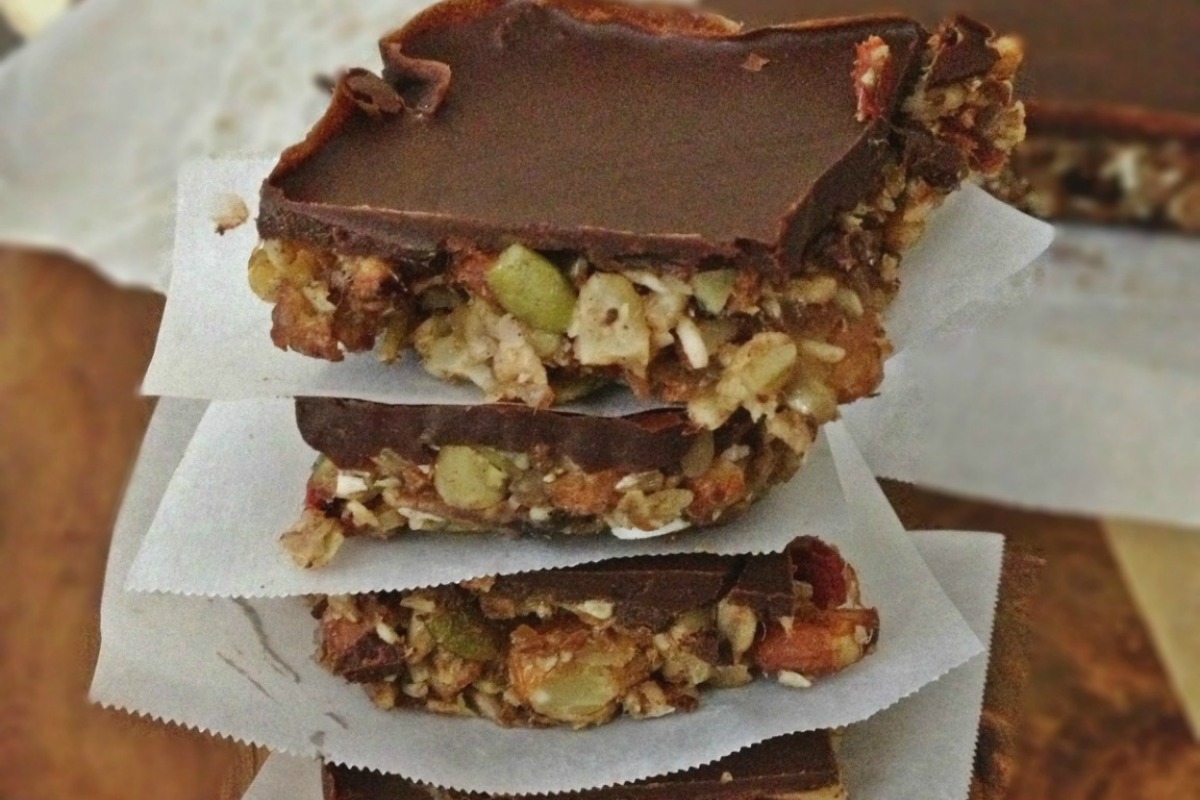 One of the treats that I would indulge in was this bar--I don't even have a name for it--that was so magnificently simple and delicious that I fantasized about it once I left. Once I arrived in Miami I started making a knock-off imitation bar as a tribute to my Friday lunch dates with a friend at Cafe Gratitude on Larchmont in Hollywood. And thus, the Larchmont Bar was born.