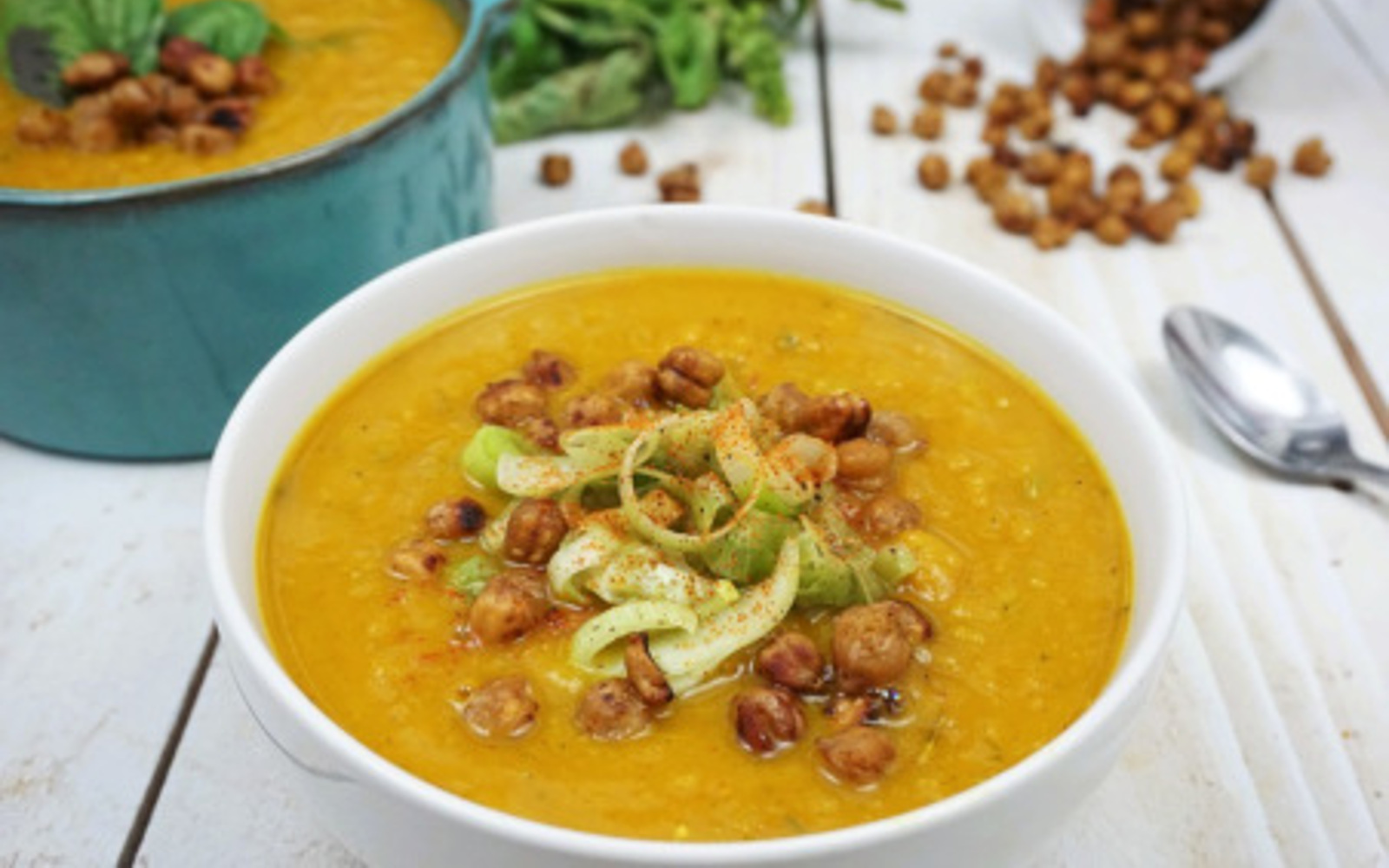 Squash is all the rage in the autumn, but there are so many different types. This creamy soup highlights kabocha, also known as Japanese pumpkin, a squash that is typically sweeter than butternut squash with the texture of pumpkin and roasted sweet potato. All you need to do is roast it until tender, then purée it with herbs, spices, and leeks. A topping of roasted cinnamon maple chickpeas adds a layer of spicy-sweet and a crouton-like crunch.

For the Cinnamon Maple Chickpeas:

To Make the Soup:

To Make the Cinnamon Maple Chickpeas:

I'm Emma, food enthusiast, clean-eating recipe creator, amateur photographer, life-liver, eater, traveler, farmers market addict, triathlete, healthy ice cream maven, and health & fitness nut. One of my many thoughts on life is: Discover yourself through discovering the world. I share my creations and musings for a healthy & balanced lifestyle on my blog, Craving Nature.