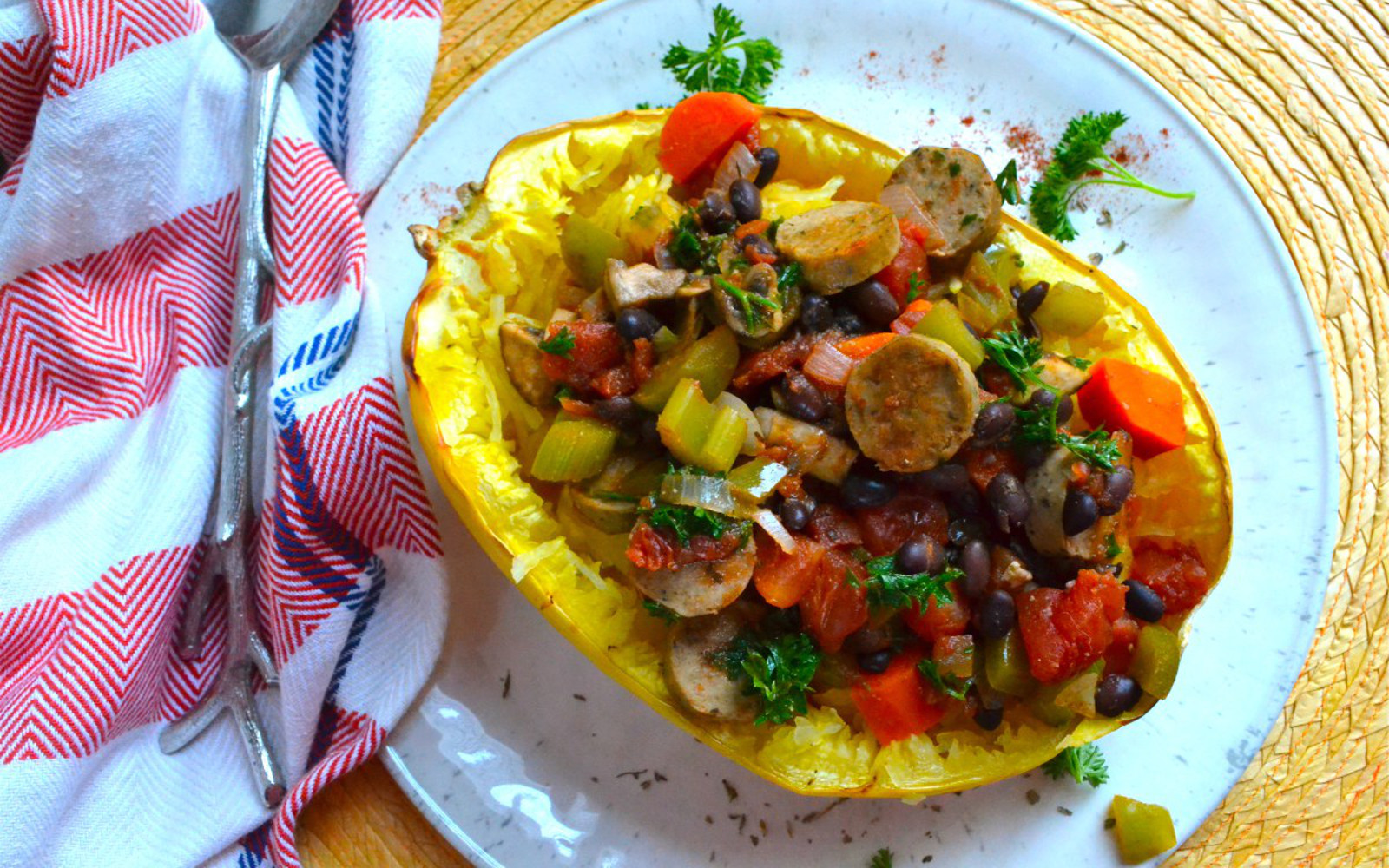 A plant-based take on jambalaya, one of the most popular dishes in Cajun cuisine. Meat-free sausage and a blend of vegetables are cooked in a savory blend of cayenne pepper, paprika, and thyme. Roasted spaghetti squash takes the place of rice, making this dish lower in carbs than the classic.

For the Stuffed Squash:

Calories: 455 | Carbs: 81g | Fat: 13g | Protein: 13g | Sugar: 27g | Sodium: 602mg Note: Excludes info for vegan sausage. Use your choice of vegan sausage, homemade or store-bought Note: The information shown is based on available ingredients and preparation. It should not be considered a substitute for a professional nutritionist’s advice.

Hello! I am Katie (a.k.a Bunny) a Registered Dietitian that is ready to show you my adventures in the kitchen as I try to create mostly plant based delicious and nutritious bites. I believe in food being a vital aspect in our lives as long as we strive to make the best choices. Please join me in my journey exploring food and wellness!