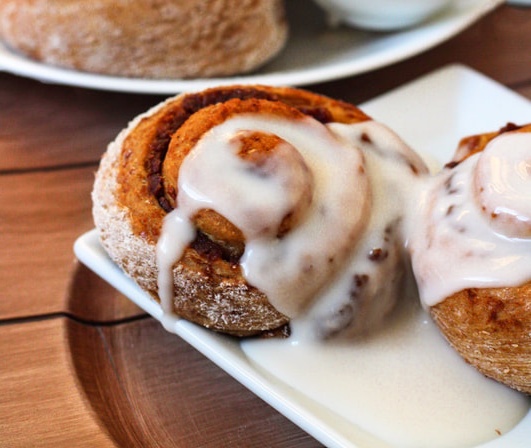 Combine two amazing classic flavors of gingerbread and sticky buns for the best breakfast/treat ever!

Clara is a 21 year old Canadian food blogger and photographer who loves to create. She’s had a passion for plant-based cooking since she was a kid growing up vegan in a meat-eating household, and she continues to pursue that passion with her Instagram and blog, The Vegan Bean. As a yoga instructor and musical theatre performer, she loves sharing recipes for foods that are nourishing as well as delicious! From health-ifying desserts to veganizing her family’s favourites, she loves to make magic in the kitchen.