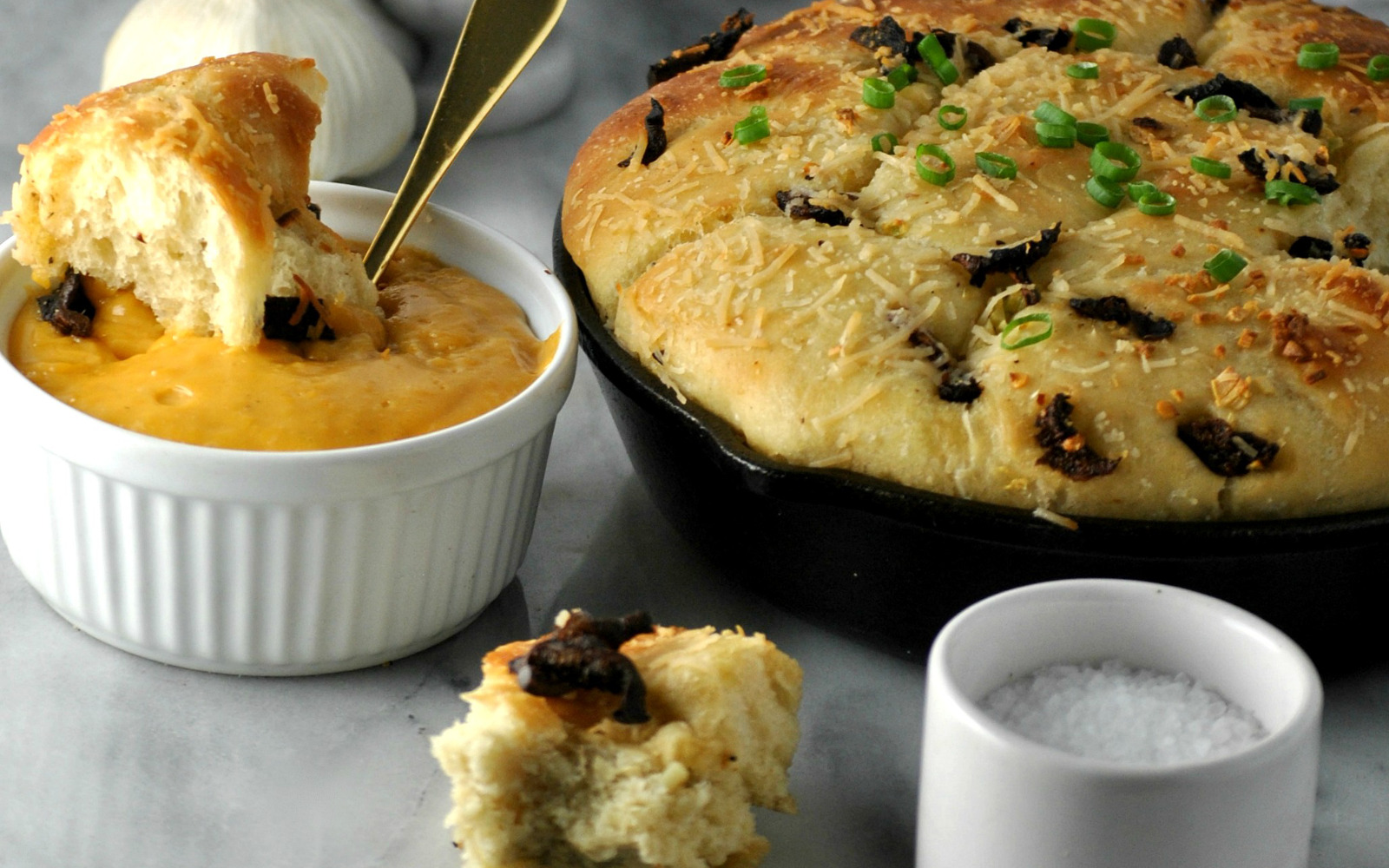 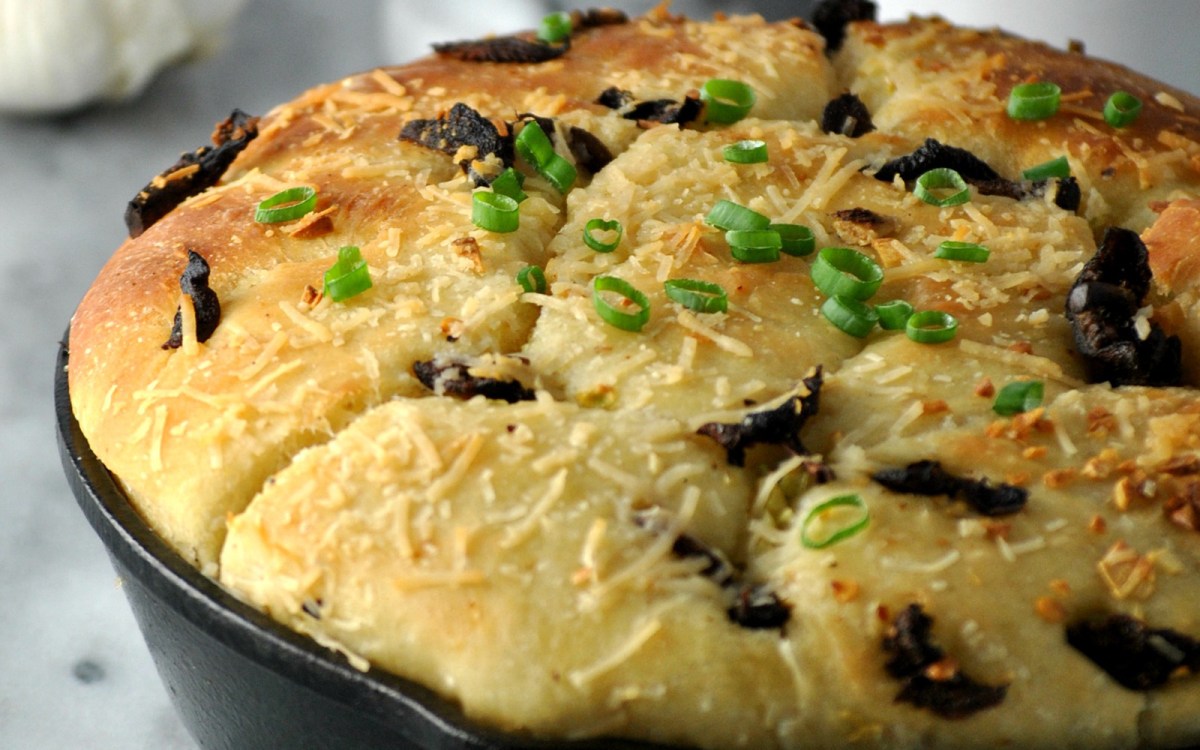 Warm, doughy vegan garlic knots speckled with smoky Shiitake bacon and served with a side of creamy beer cheese ... what could be better? This appetizer is guaranteed to be a sure-shot hit at any party. They’re so good, you might have a problem getting people to leave the snack table. These vegan garlic knots are cooked in a cast-iron skillet so they look like pull-apart bread, which makes for an awesome presentation. Everyone will love them!

For the Shiitake Bacon Garlic Knots:

For the Shiitake Bacon:

For the Beer Cheese Sauce:

To Make the Knots:

To Make the Beer-Cheese Dip:

Total Calories: 3754 | Total Carbs: 370 g | Total Fat: 209 g | Total Protein: 74 g | Total Sodium: 8565 g | Total Sugar: 5 g Note: The information shown is based on available ingredients and preparation. It should not be considered a substitute for a professional nutritionist’s advice.