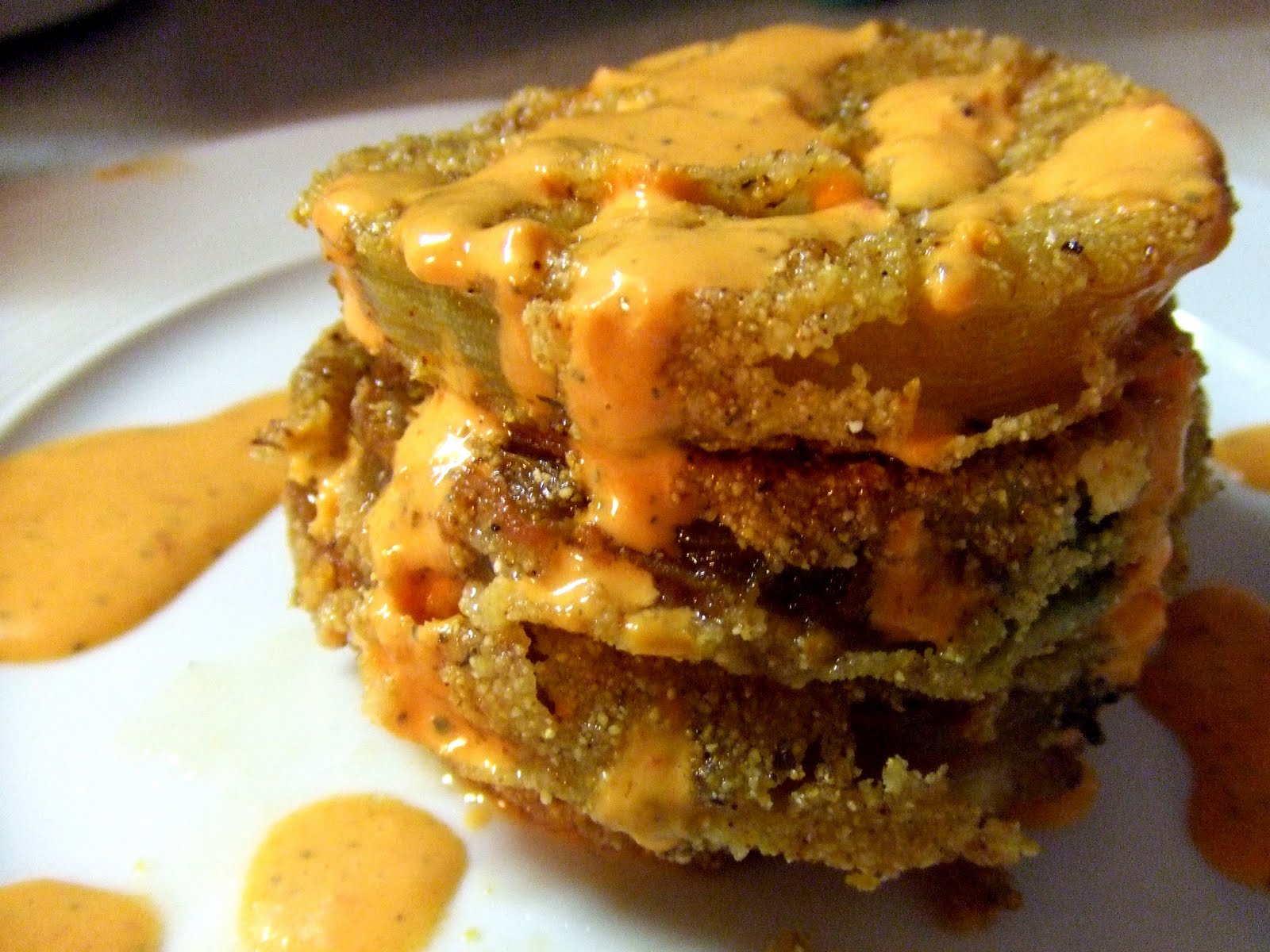 There are a lot of different ways to cook up green tomatoes. Some people use eggs and some don’t. Some use cornmeal, others use flour, and some use a combination of both. Ordering these at a restaurant means making sure they are vegan and, for me, gluten-free, which is pretty much impossible. I used a combination of fine cornmeal and chickpea flour in this recipe. Instead of eggs, I mixed some flaxseed and water into a paste and added that to some “buttermilk” made from almond milk and vinegar. The fried green tomatoes were crispy on the outside and tangy on the inside. I added some spicy Cajun seasoning for a kick. To cool it down, I made a red pepper aioli that was as delicious as it was pretty.