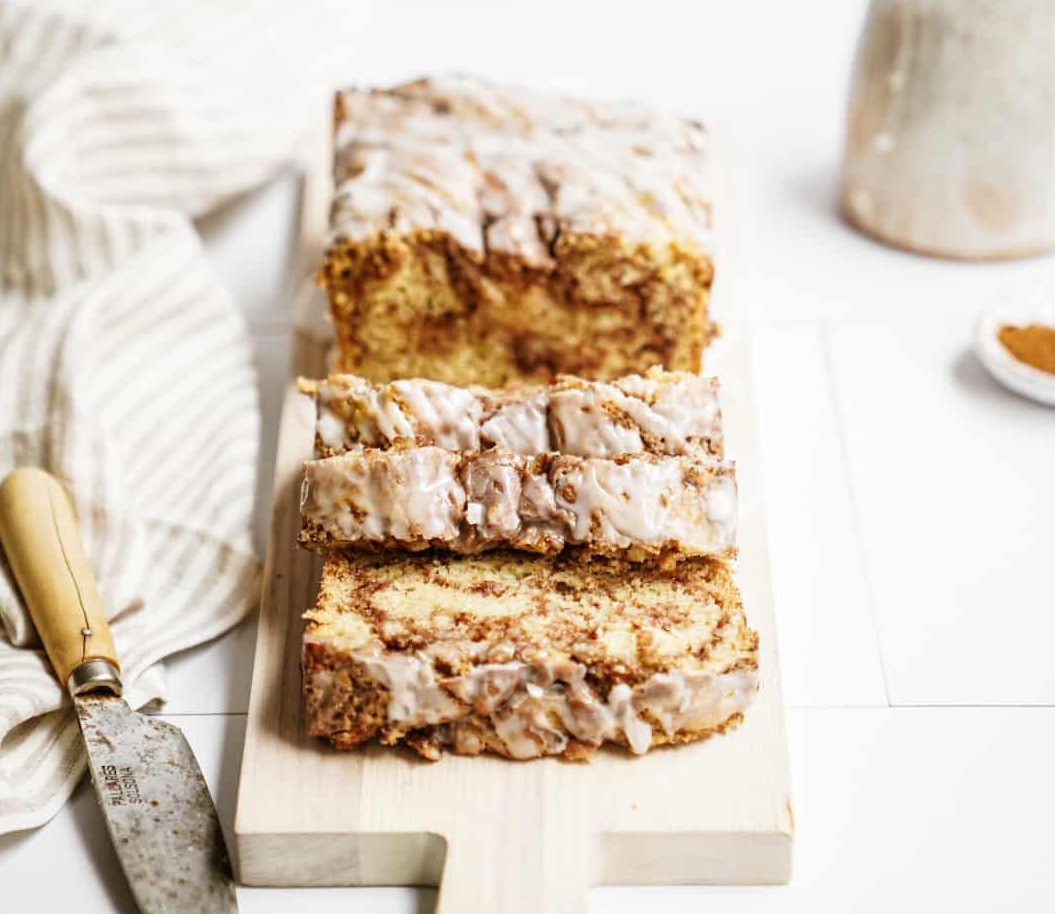 This Vegan Cinnamon Roll Bread is so damn delicious. It’s warming, it’ll make your house smell like heaven, and it’s easier to pull off than cinnamon rolls!

Maria’s fierce honesty and stripped-back approach to sharing her journey to self-love through overcoming an eating disorder has amassed a global following. By seeking a healthy relationship with food, Maria has become an industry leader. She creates alongside brands that align with her values and are innovators and industry pioneers like; Bob’s Red Mill, Chiquita, Field Roast, Facebook, and Good Catch Foods. Over the last five years as CEO of FoodByMaria, Maria has educated readers and inspired vegans and non-vegans alike to embrace vibrant, wholesome plant-based foods into their daily life. Her straightforward recipes are thoughtful, healthy, and nourishing while satisfying all cravings for classic comfort food and sweet indulgences.