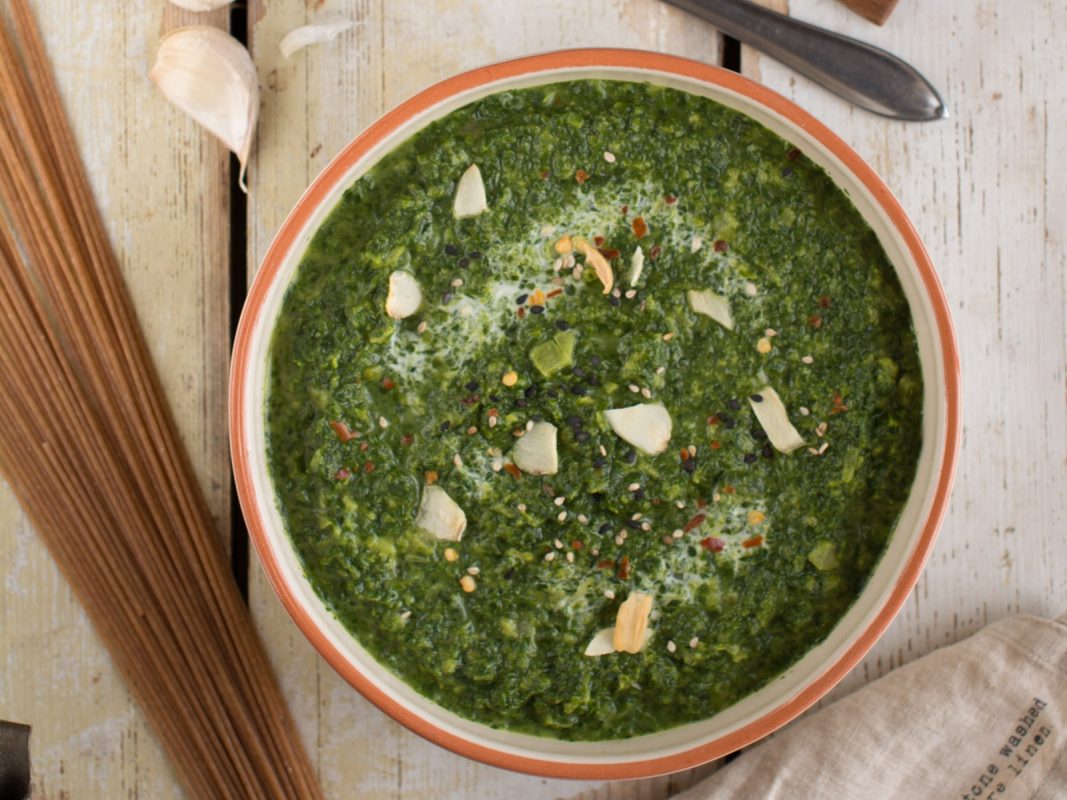 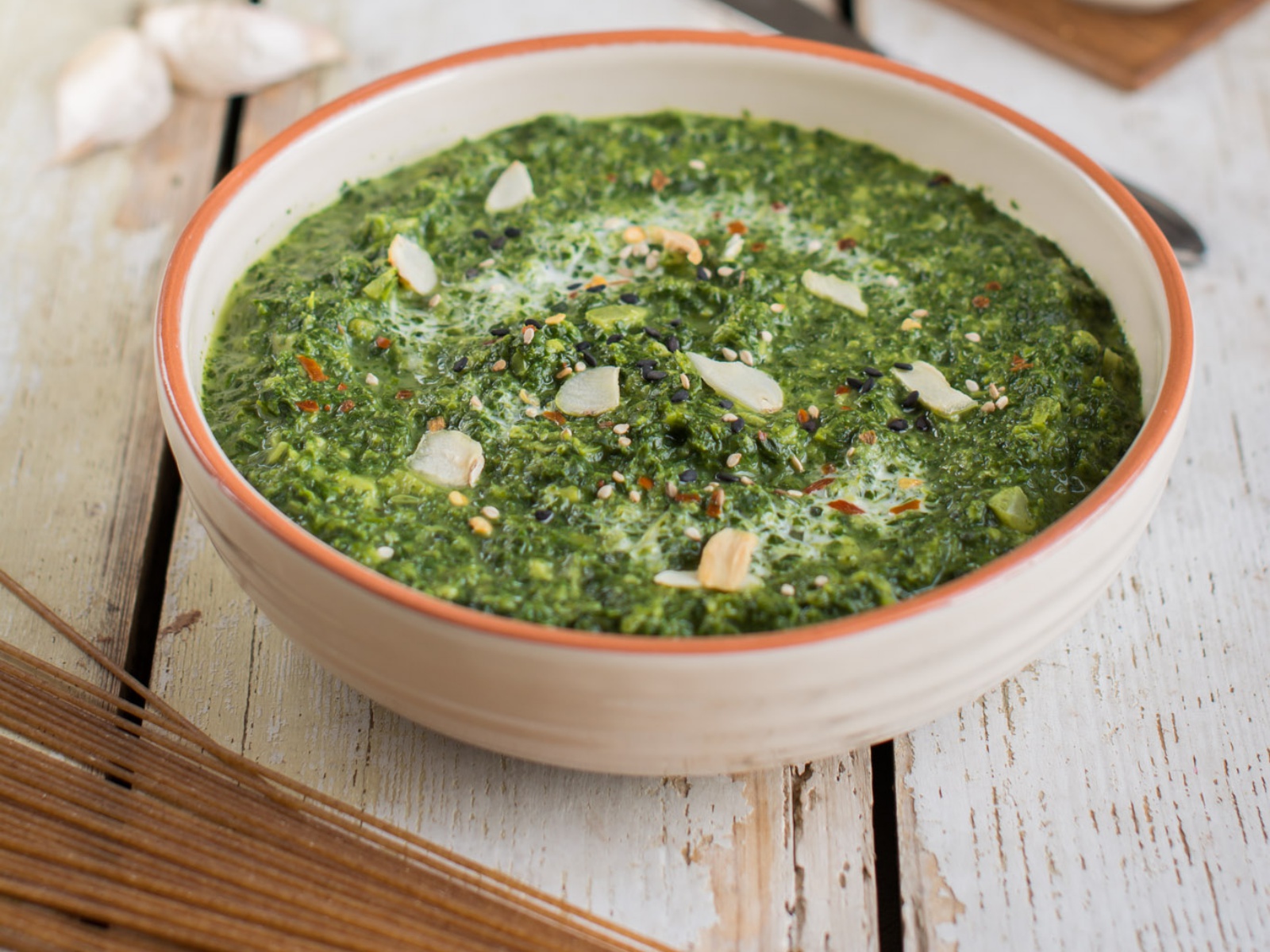 This creamy vegan spinach dip combines the simple, but divine flavors of onions and garlic with the subtle sweetness of coconut and saltiness of spinach. It’s an easy vegan side dish that is ready in less than 15 minutes. The spinach just adds to the bomb of flavors and creamy texture. This dip is so versatile! You can spread it over a slice of bread, dip raw veggies into it, use over pasta dish, or have as a simple side to complete your meal.

You can also use fresh spinach instead of frozen. However, if you want the final result have a dip consistency, chop the spinach finely before cooking. Should you want wilted spinach instead, throw the leaves in as they are. When using fresh spinach, boil it in a separate skillet for one minute, drain the boiling water (it contains acids) and mix the spinach into the other ingredients.

Nele is passionate about healthy eating and delicious food. However, she developed a more profound interest in nutrition and related diseases when she read The China Study. She is a plant-based certificate graduate and spreads the word about healthy, sustainable nutrition and lifestyle through her blog, Nutriplanet, where related articles and whole-food plant-based recipes are published weekly.