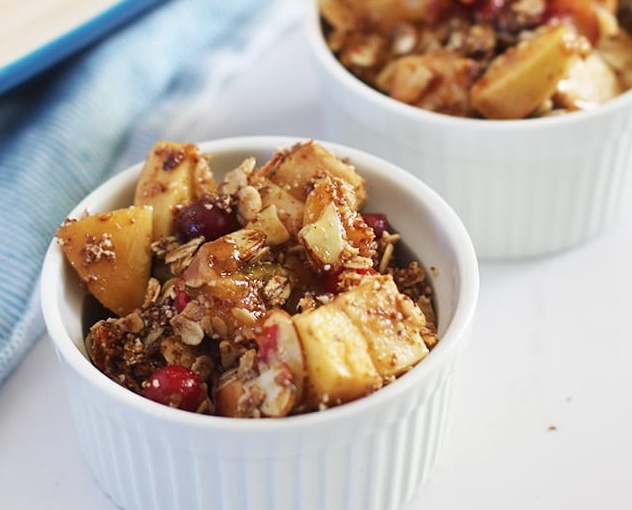 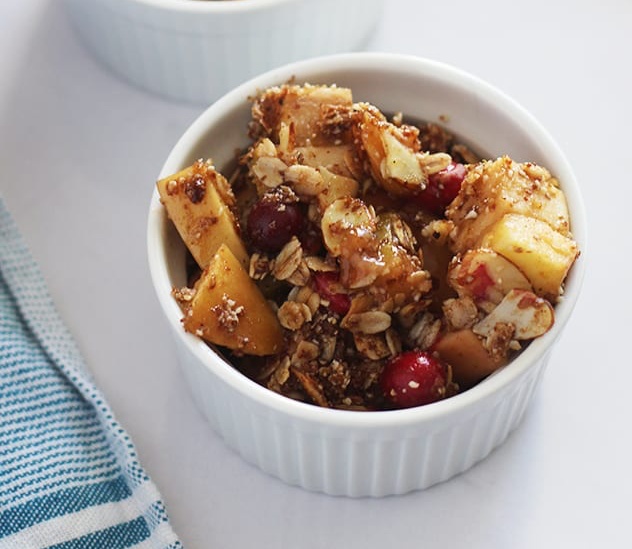 This cranberry apple crisp is mostly fruit with just a little bit of sweetness and almond crumble on top. It’s a great option for a festive dessert to show off to friends and family

For the Almond Crumble:

Carly Paige, culinary nutrition expert and chef, is on a mission to redefine the way healthy tastes through simple ingredient swaps to increase energy and confidence from within. She believes that healthy can be easy and should always taste delicious. Carly is the founder of FitLiving Eats, where she shares delicious, plant-based recipes, cooking tutorial videos, and hosts online cooking classes.