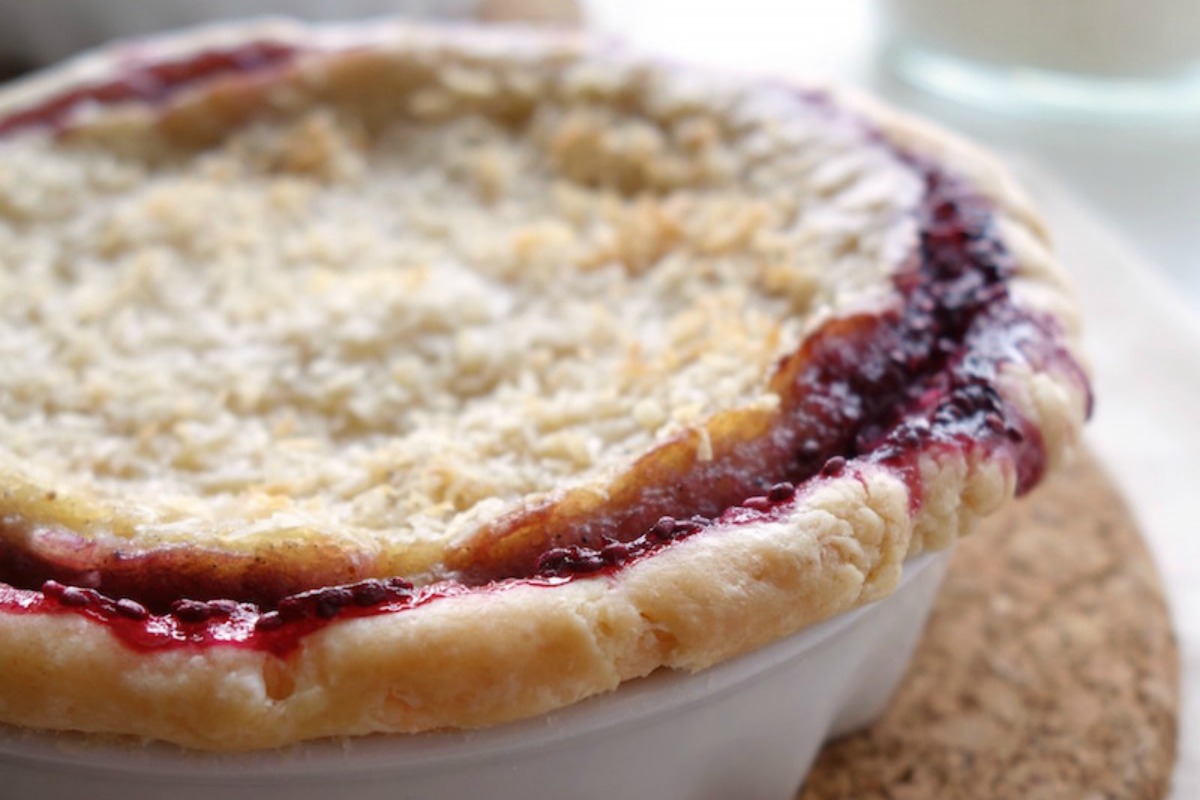 I did quite a lot of research for different kinds of vegan pie crust and coconut cream fillings. Most of the recipes sounded extremely rich, as lots of the fillings used cashews as the base. I wanted to keep it a bit lighter, so I used silken tofu. This pie is not for people who are afraid of a bit of oil though, as a flakey pie crust just doesn’t work without it. The fat used in this pie is coconut oil, so it’s not all bad and tastes delicious!

2 small pies or 1 large one

For the Berry Chia Jam:

To Make the Chia Jam:

Total Calories: 3548 | Total Carbs: 281 g | Total Fat: 245 g | Total Protein: 61 g | Total Sodium: 1319 g | Total Sugar: 92 g Note: The information shown is based on available ingredients and preparation. It should not be considered a substitute for a professional nutritionist’s advice.

Kat Kothgasser is a healthy food and natural lifestyle blogger at Curls n Chard. Her mission is to show that a healthy lifestyle is fun and does not mean that you have to deprive yourself. You will find lots of breakfast ideas, sweets and also a few healthy, colorful savory meals on her blog. Apart from creating recipes herself, she also loves to review cookbooks and has a soft spot for natural beauty.