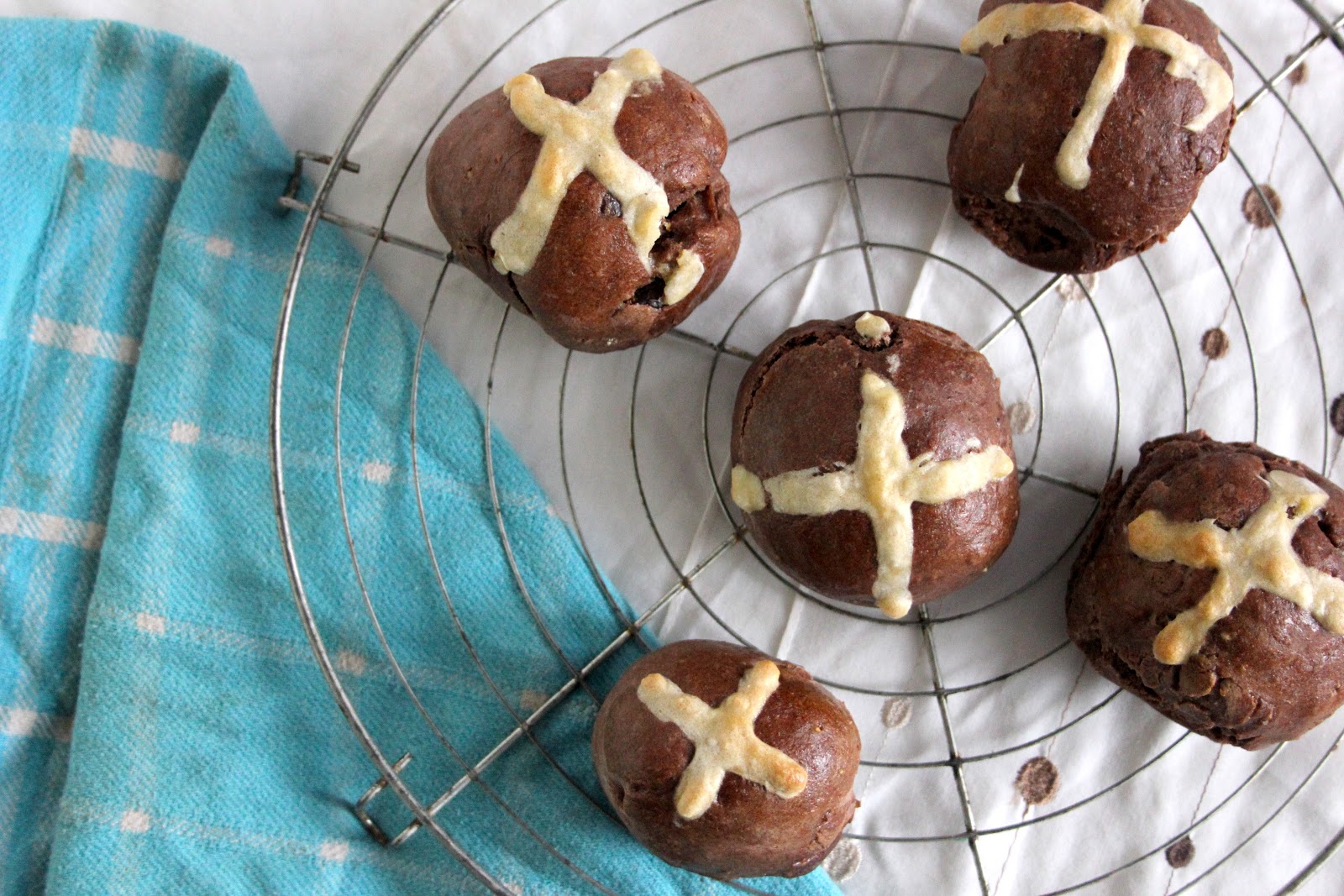 Serve these Cocoa Chai Hot Cross Buns with hot cocoa, tea, or coffee. These are also delicious sliced in half with a few banana slices sandwiched in the middle.

*I know applesauce might sound like a really weird substitute for traditional egg glaze, but trust me, it works, and the buns don't even taste of applesauce afterwards. Pinky swear. *If you don't have chai tea on hand, just use a tsp of mixed spices (cloves, ginger, cinnamon and nutmeg).