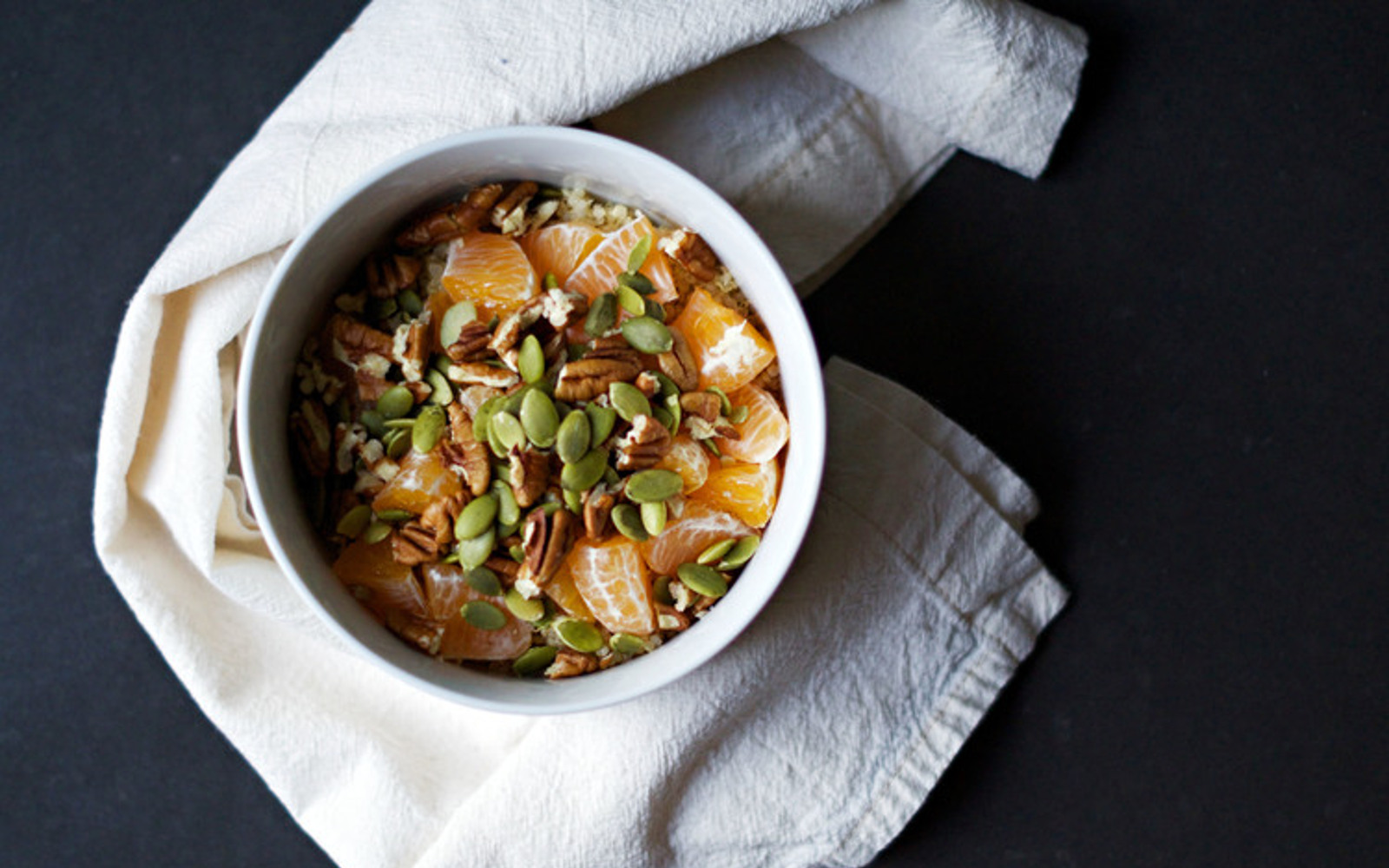 This cozy breakfast bowl is a new way to start your morning. While quinoa is typically used in savory dinners, this recipe transforms it into the perfect base for a warm, filling breakfast by cooking it with cinnamon and serving it with creamy cashew milk. Clementines give it a burst of citrusy flavor and raw pumpkin seeds add crunchy texture.

For the Quinoa Bowl: For the Maple-Tahini Sauce:
Advertisement

Hi there! I'm Maya. On my blog – Spice + Sprout – you will find original recipes, words, photography and stories of a plant-powered life! My food philosophy is simple: I eat what my body tells me will make it happiest, which 99 percent of the time is veggies and a vegan diet. I love food, community, art and most of all when those things intertwine. I am excited to share them all with you!