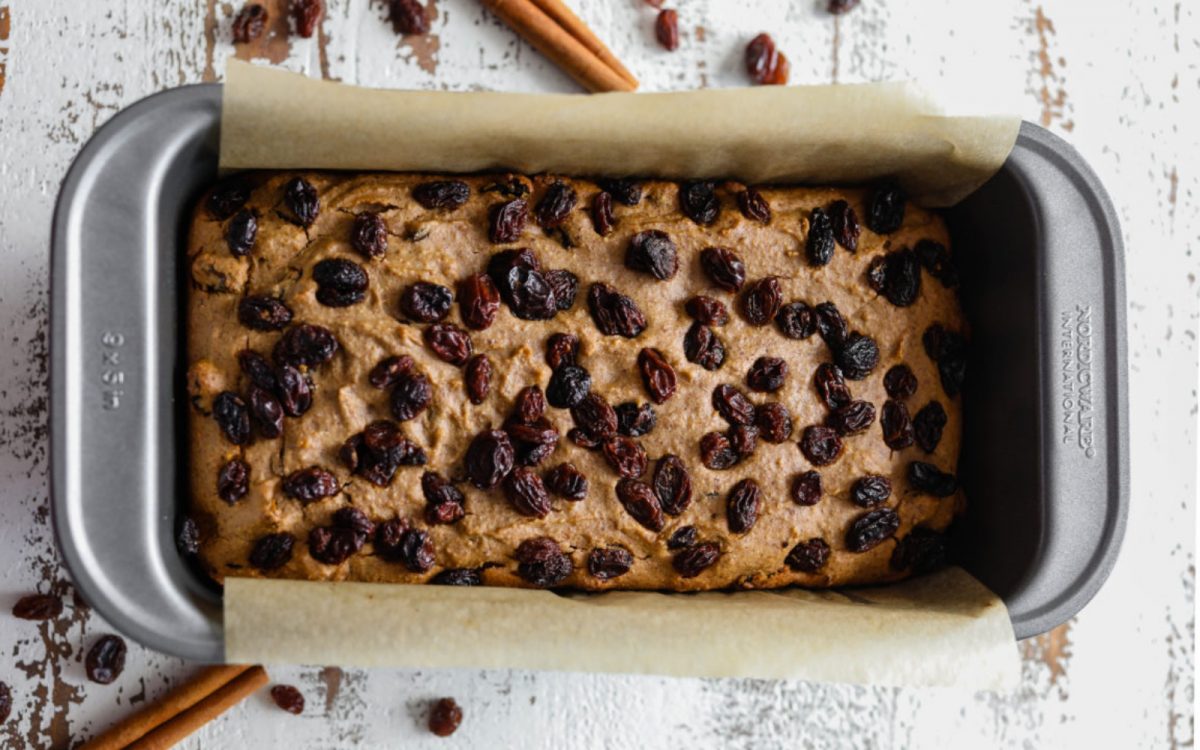 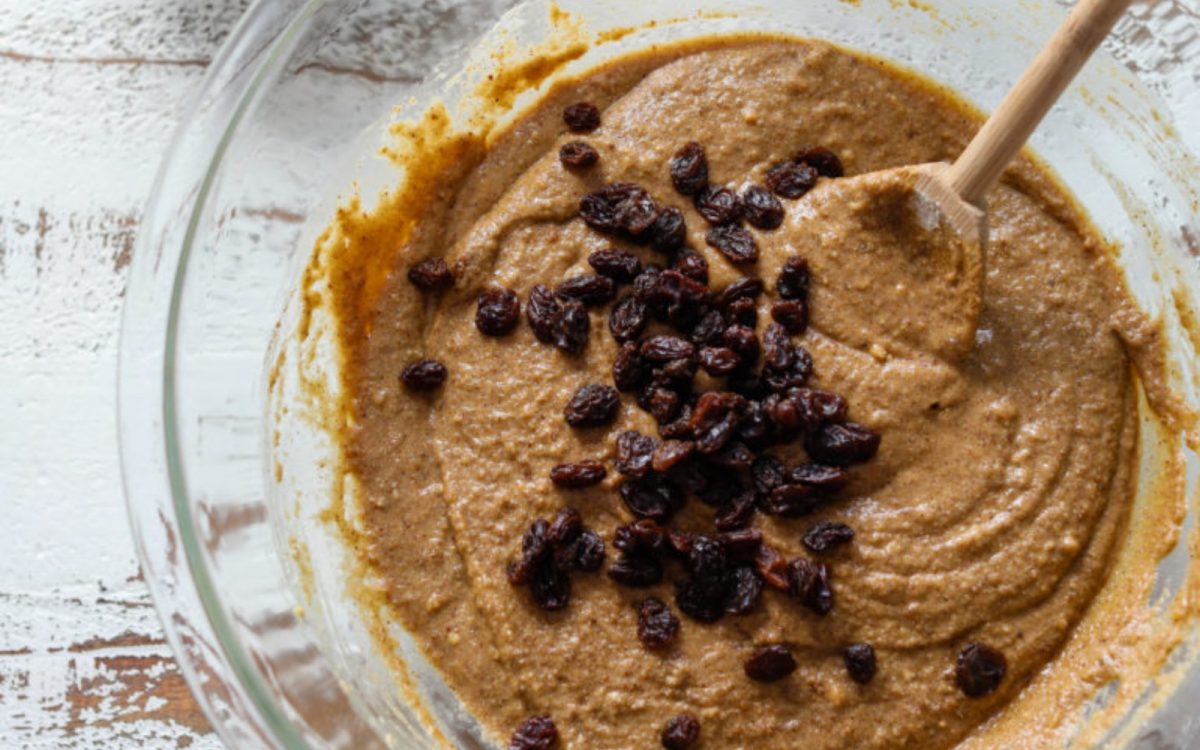 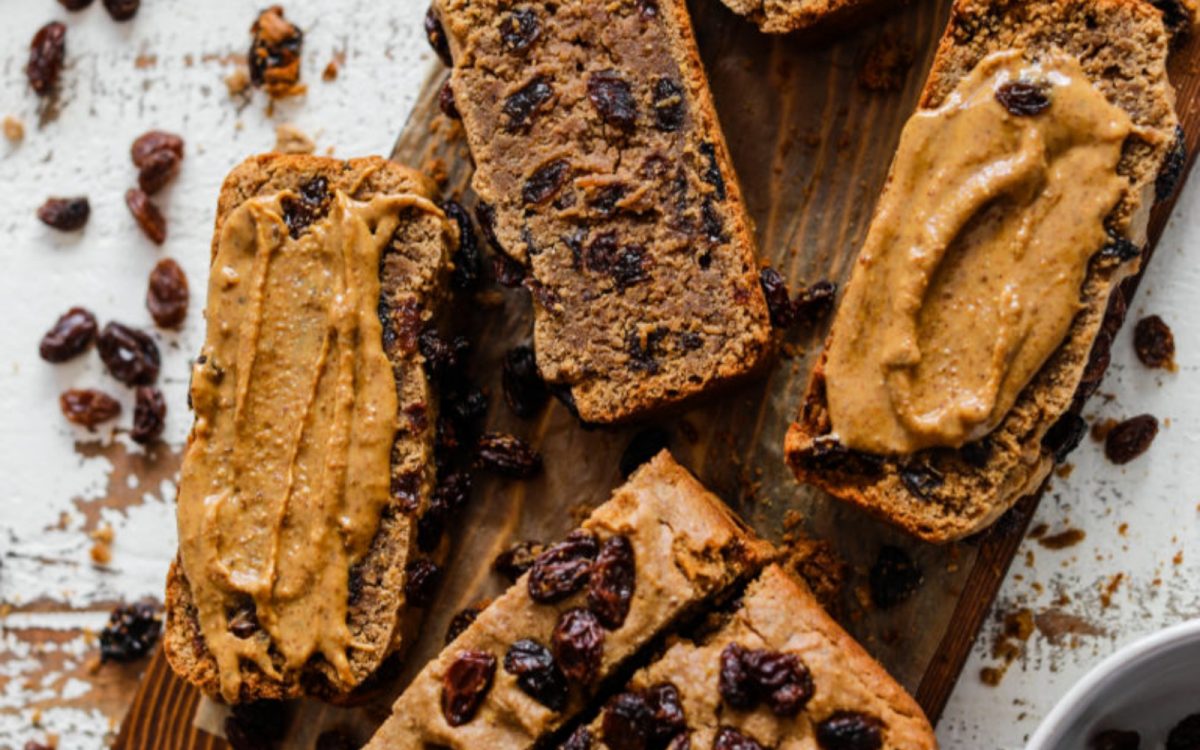 Vegan and gluten-free cinnamon raisin bread that’s refined sugar free and packed with raisins and texture. Made extra cinnamon-y with a secret ingredient! It’s easy to make and only takes 1-bowl (and plenty of cinnamon and raisins.) This Gluten-Free Cinnamon Raisin Bread is a little less table bread and a lot more dense bakery- style bread. It’s hearty, naturally sweet, and packed with protein and fiber.The combination of ground cinnamon and cinnamon kombucha adds the perfect amount of spice. It’s hearty enough to serve for a breakfast bread or nutritious snack but sweet enough to also function as a healthful dessert. For even more texture, try adding walnuts or almonds when folding in the raisins. Serve your slices of gluten-free cinnamon raisin bread warm with a big smear of almond butter slathered on top.

Flora & Vino by Lauren Kirchmaier promotes healthy and balanced living through a whole foods diet. All of my recipes are plant-based and made with real ingredients. Many of them are also refined-sugar-free, gluten-free, and oil-free. I try to keep my recipe ingredients to a minimum because whole foods are delicious as is.