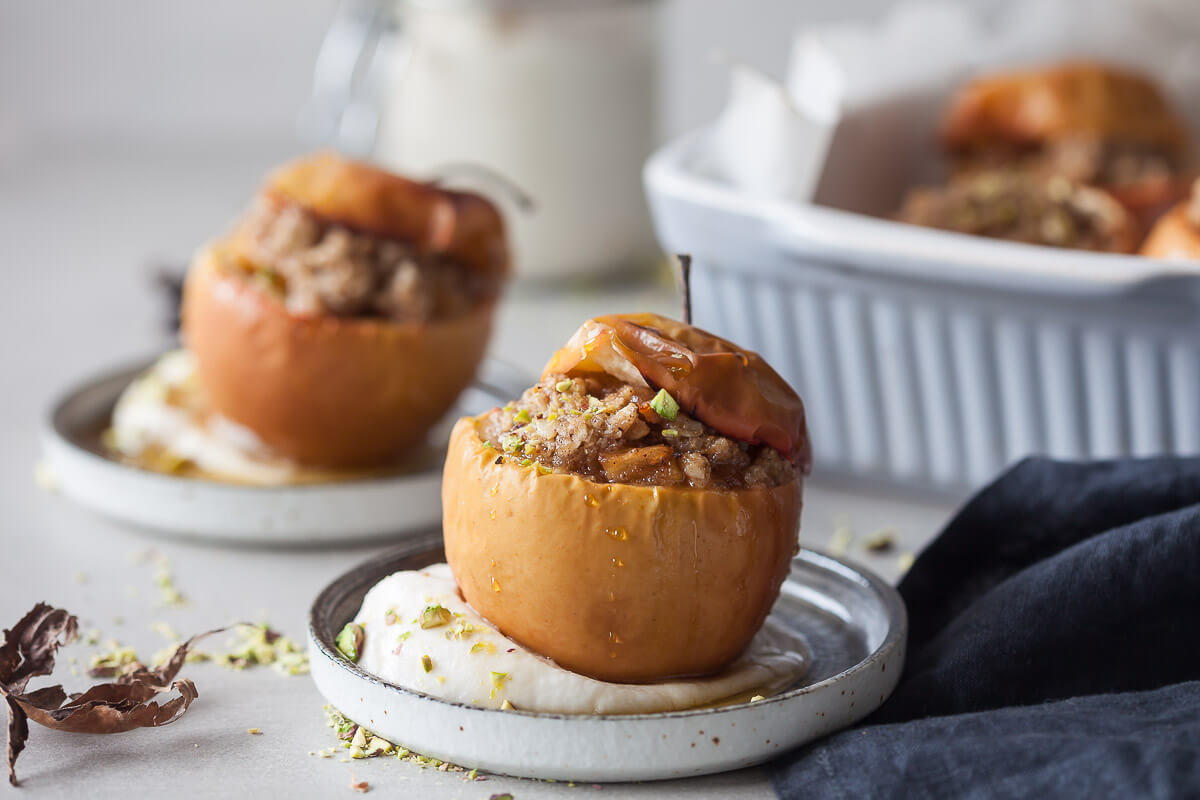 These Vegan Cinnamon Baked Apples are a classic Fall dessert, made vegan and suitable for a plant-based diet.

Per Serving: Calories: 164 | Carbs: 32 g | Fat: 5 g | Protein: 1 g | Sodium: 3 mg | Sugar: 22 g Note: The information shown is based on available ingredients and preparation. It should not be considered a substitute for a professional nutritionist’s advice.