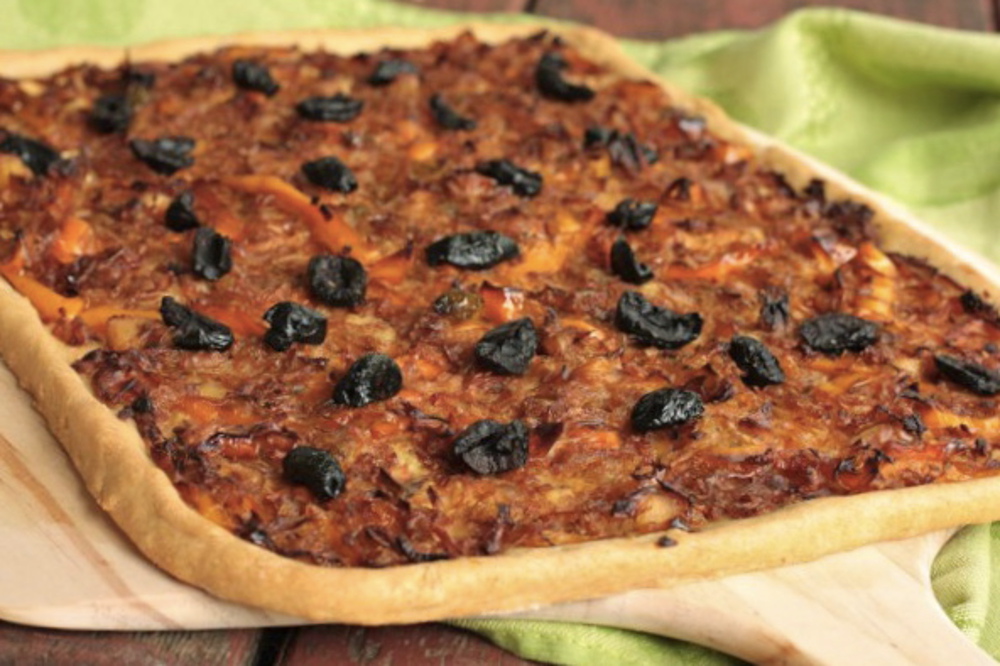 As much as I love caramelized onions, I was worried about the tart being overly sweet, so I tossed on some pitted oil-cured black olives. The contrast between the sweet vegetables and the salty, slightly bitter olives really made the tart. Sure, you could use kalamata olives instead, but I really recommend the wrinkly, oil-cured gems here. This crust is low in fat compared with a standard tart crust made with up to a stick of butter. The edges are a bit harder than something like a pizza crust, but I kinda liked the contrast with the soft center. I can’t wait to experiment with this recipe, and I hope you will too. I think it would be good with onions, leeks, and mushrooms, or with onions and apples. Or maybe a thin layer of pureed butternut squash topped with onions and sage. Go crazy!

For the crust For the topping

Cathy Elton is a Brooklyn–based writer whose blog focuses specifically on heart-healthy food. She came to this subject the hard way due to finding out she had hereditary heart disease in her 40s. But she turned her health problem into a cooking challenge and developed a heart-healthy vegetarian cooking style that’s still spicy, satisfying, and adventurous. She shares her original recipes on her blog, What Would Cathy Eat?.