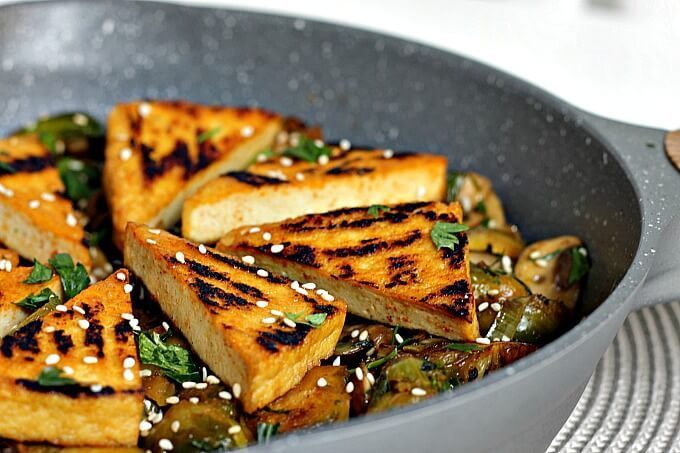 There are lots of colors, smells and sounds going on with this dish. There’s the red of the sweet chili marinade, the green of the sprouts and the earthy tones of the mushrooms. When you add the red pepper flakes to the oil, the steam might make your nose run a little bit. Then there’s the hiss of the pan as each new ingredient is introduced to the heat!

Food for veggie-lovers with an emphasis on whole ingredients.

Lydia's Flexitarian Kitchen serves food for plant-loving omnivores with an emphasis on whole ingredients. In between meals I read, travel, knit, and spoil my grandchildren.