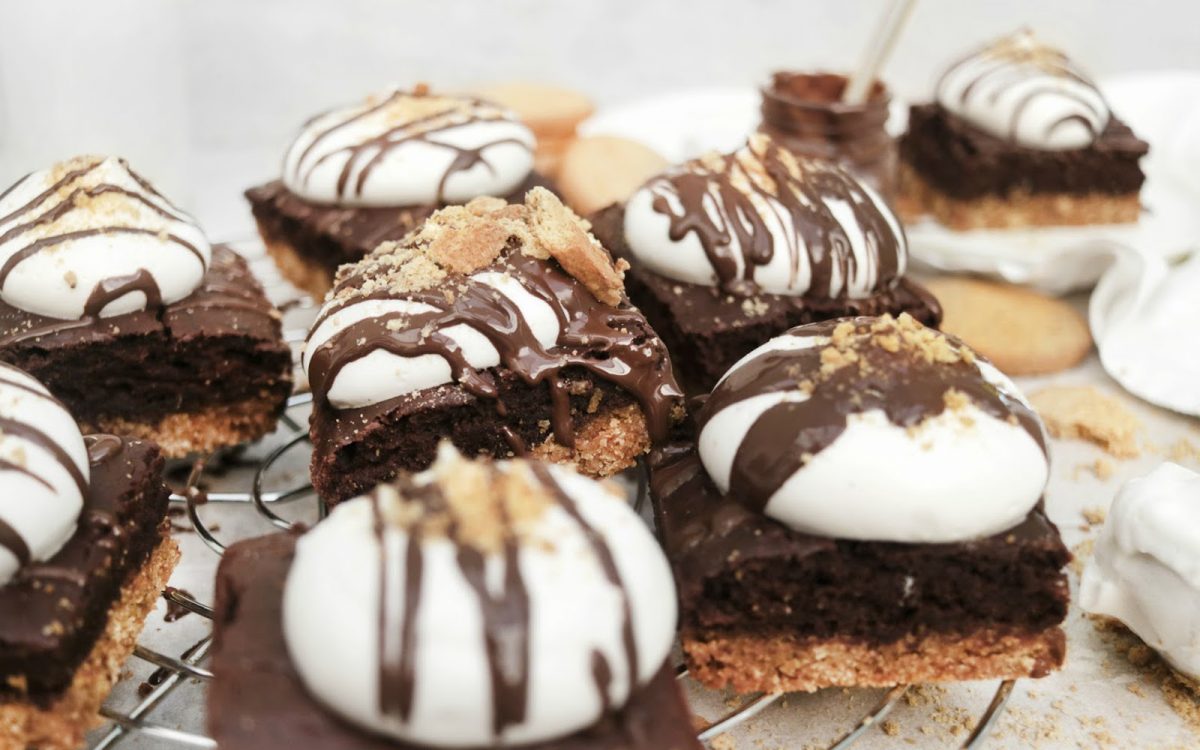 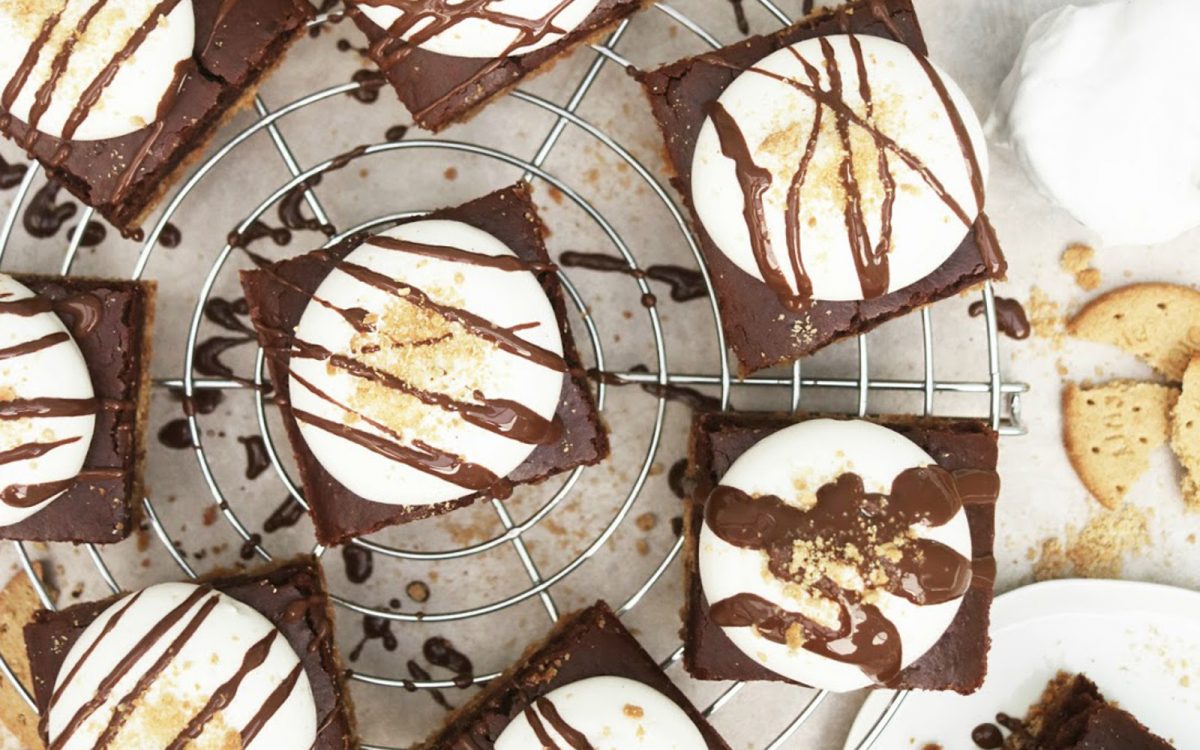 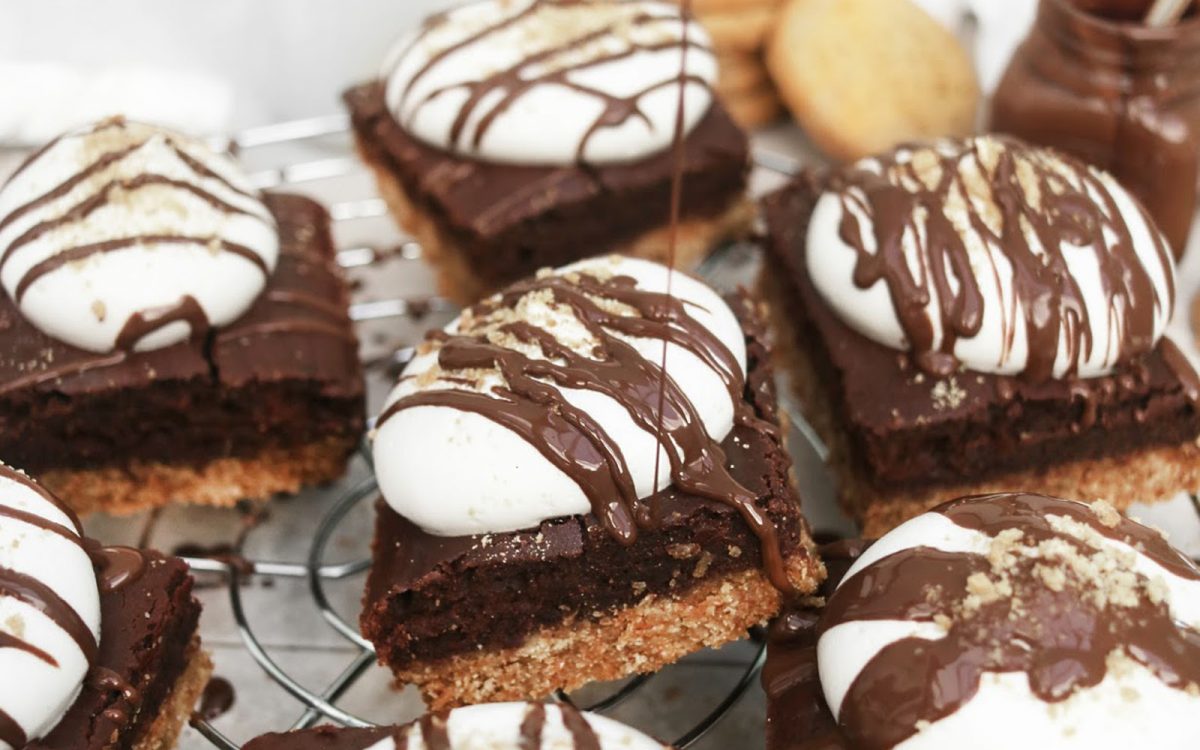 This recipe is inspired by the traditional, American campfire dessert: the s'more. These brownies have a crunch, biscuit base and are topped with a homemade dollop of marshmallow fluff. This recipe elevates the American classic to a new, luxurious level.

To Make the Brownie:

To Make the Marshmallow Fluff:

To Make the Brownie:

To Make the Marshmallow Fluff:

For extra effect, you could even toast the marshmallow. Store in a sealed container in the fridge, best eaten within a few days.

Per Brownie: Calories: 406 | Carbs: 65 g | Fat: 15 g | Protein: 4 g | Sodium: 231 mg | Sugar: 34 g Note: The information shown is based on available ingredients and preparation. It should not be considered a substitute for a professional nutritionist’s advice.

Simple, fun desserts and dinners that will inspire you to get in the kitchen.

Hello, I am Holly Jade and I am the owner of The Little Blog of Vegan. I post delicious recipes, advice, and beauty tips. Everything is vegan and cruelty-free. I love to be as healthy as possible, but I do love to make the odd sweet treat recipe. I also love to post my own adorable and pastel daily photos on Instagram, why not check it out and come on the journey with me!