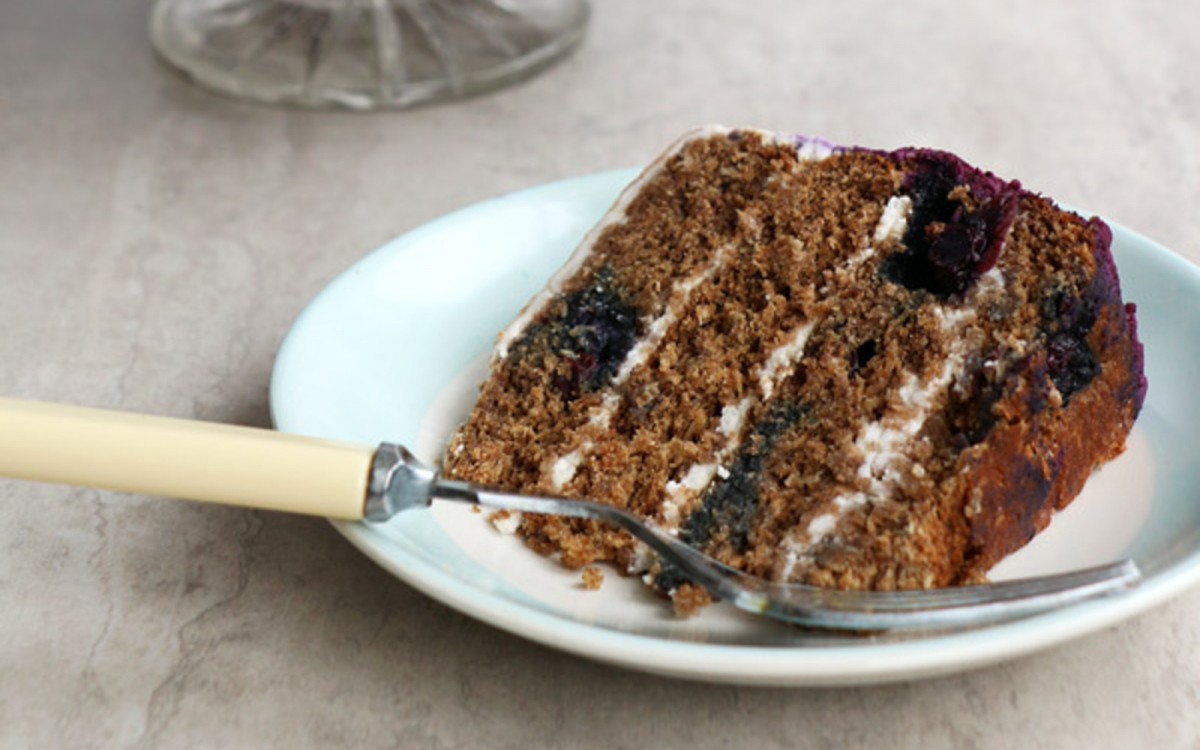 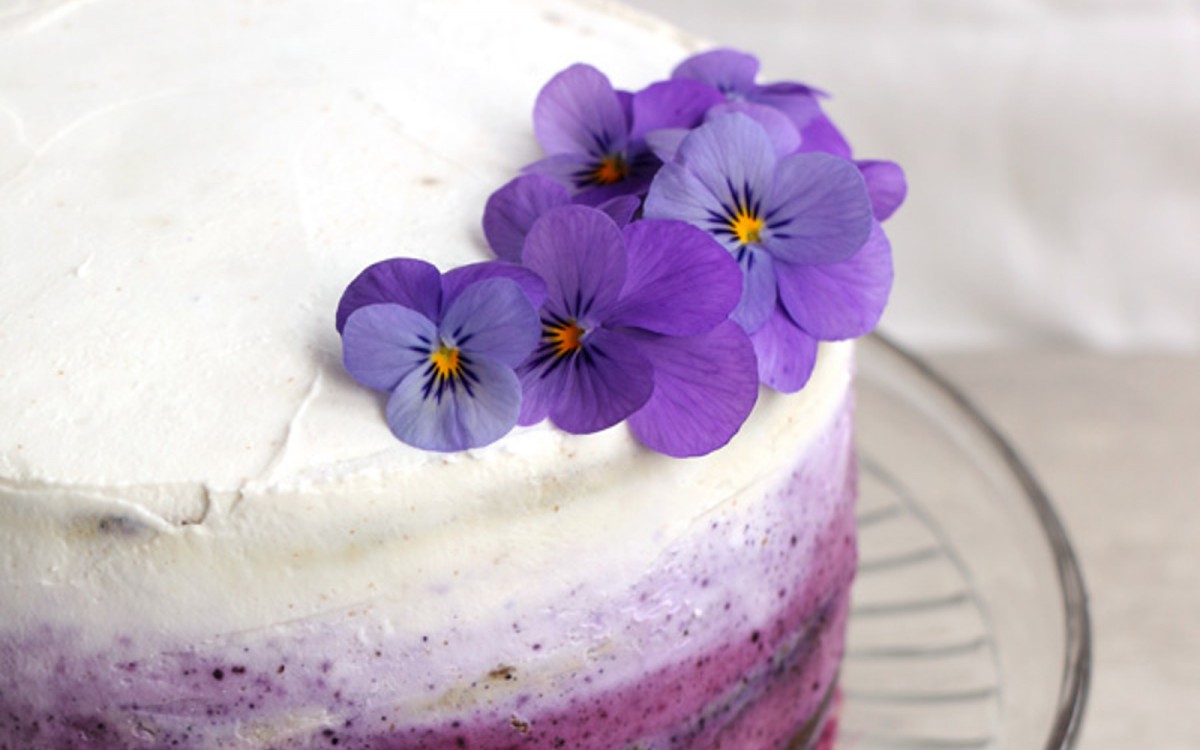 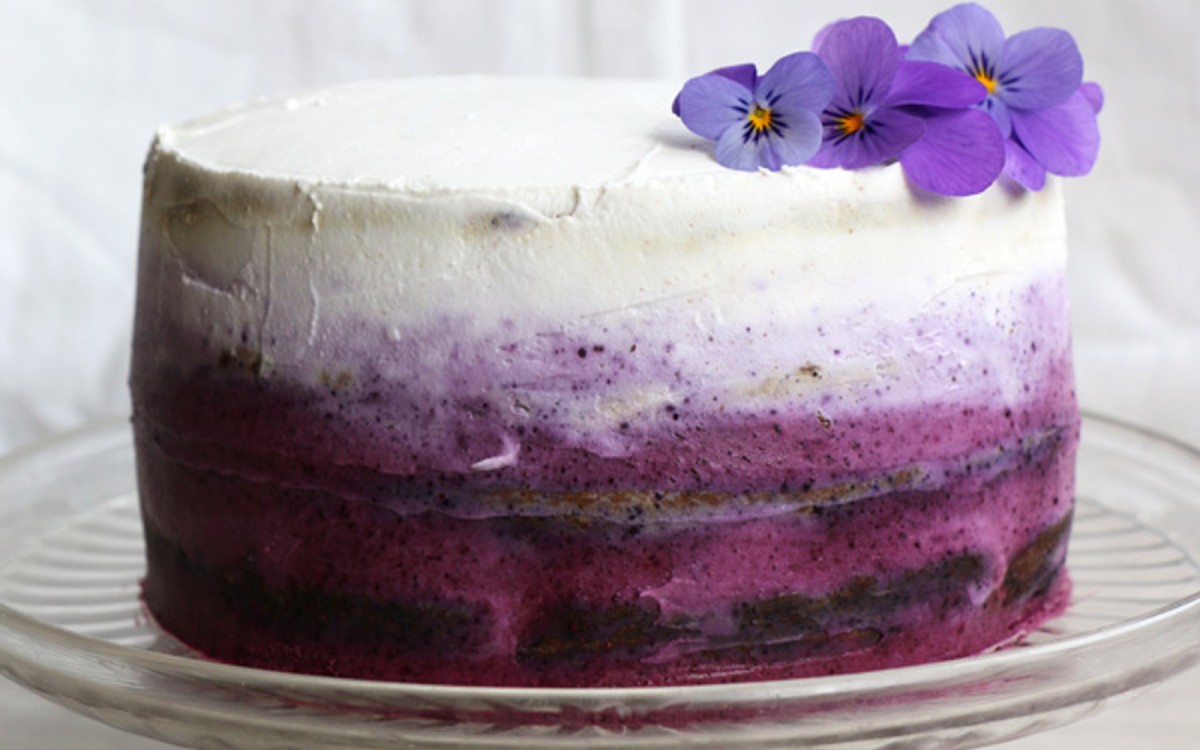 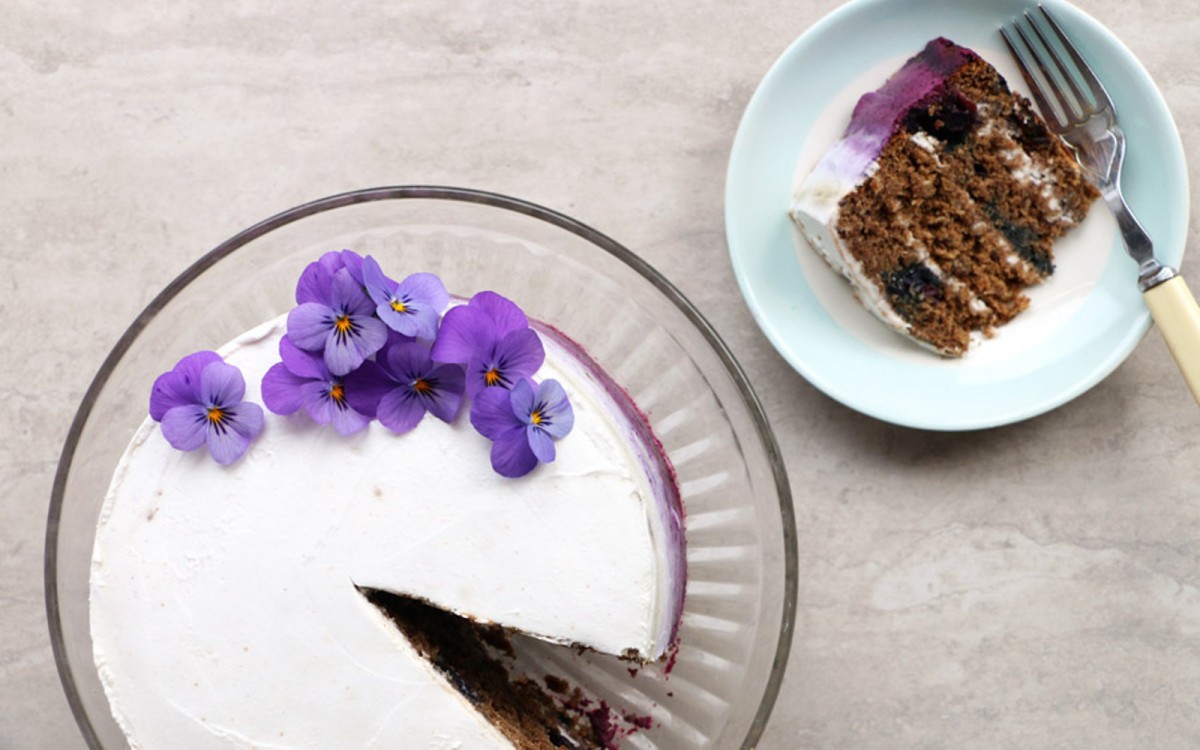 This vegan blueberry cake is a gluten-free cake in disguise. The texture is so amazing, nobody would ever know that it's gluten-free unless you told them. Fresh blueberries are stirred into the batter, adding little bursts of fruity flavor into every bite. The frosting is a combination of coconut cream and coconut yogurt that works like a dream. Finally, the blueberry powder is used to give it a gorgeous purple color. You have to try making this vegan blueberry cake! It's beautiful and berry delicious!

- Store in the refrigerator. - Use fresh blueberries. If you're using frozen ones, thaw them first, because of the coconut oil. - You can replace coconut oil with olive oil if you like.

Total Calories: 3631 | Total Carbs: 465 g | Total Fat: 186 g | Total Protein: 53 g | Total Sodium: 354 g | Total Sugar: 194 g Note: The information shown is based on available ingredients and preparation. It should not be considered a substitute for a professional nutritionist’s advice.

Hana Mendes is a mum and creator of the food blog Nirvana Cakery. She shares recipes fueled by her passion for cooking and baking with wholesome, seasonal, and locally sourced ingredients. She believes that it's the conscious choices that we make and the food we eat that will positively impact our health, the health of our family, society, and our planet.