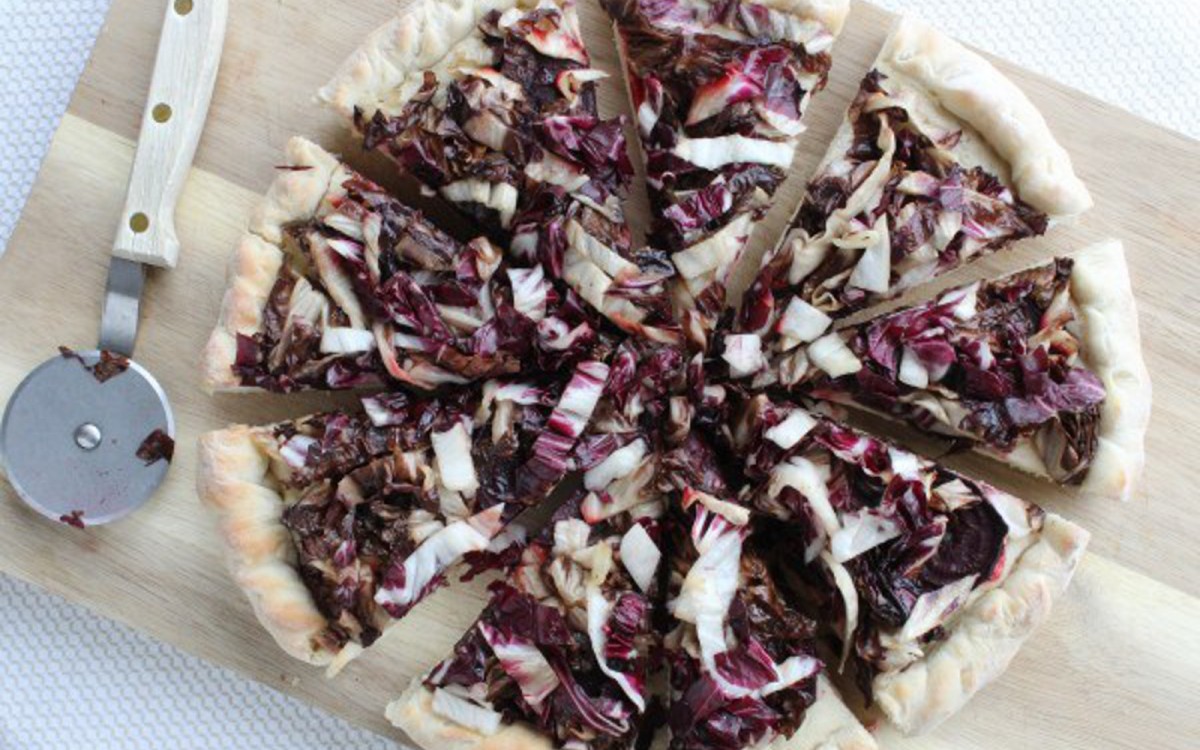 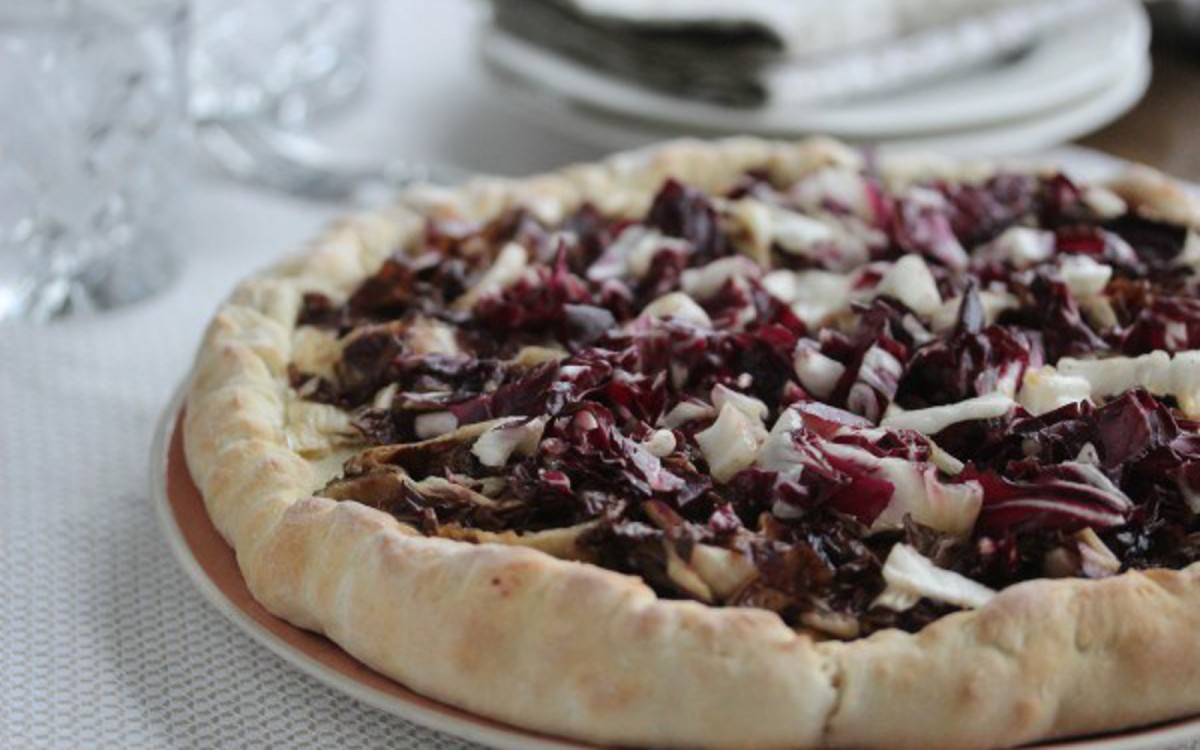 The sky’s the limit with vegan pizza. You can throw any ingredient on top of that soft, stretchy, warm, yummy pizza dough, and that's part of the magic. This yummy pizza has a topping of roasted beet slices for sweetness, and radicchio dressed in olive oil, salt, and pepper, for a little bit of bite. You can eat it as is, or sprinkle on a little bit of nutritional yeast for some cheesiness.

To Make the Beets:

To Assemble the Pizza:

This recipe is inspired by Alicia Silverstone's recipe for Radicchio Pizza with Truffle Oil from The Kind Diet.

Hi, I'm Susan! You can find me at A Little Sage, which is a vegan food blog offering recipes and advice on how you can bring more plants to your plate! On Mondays I post meatless main dish ideas, and on Thursdays I post "how to's" and health information with an emphasis on preventing heart disease.