By Adam Merrin and Ryan Alvarez 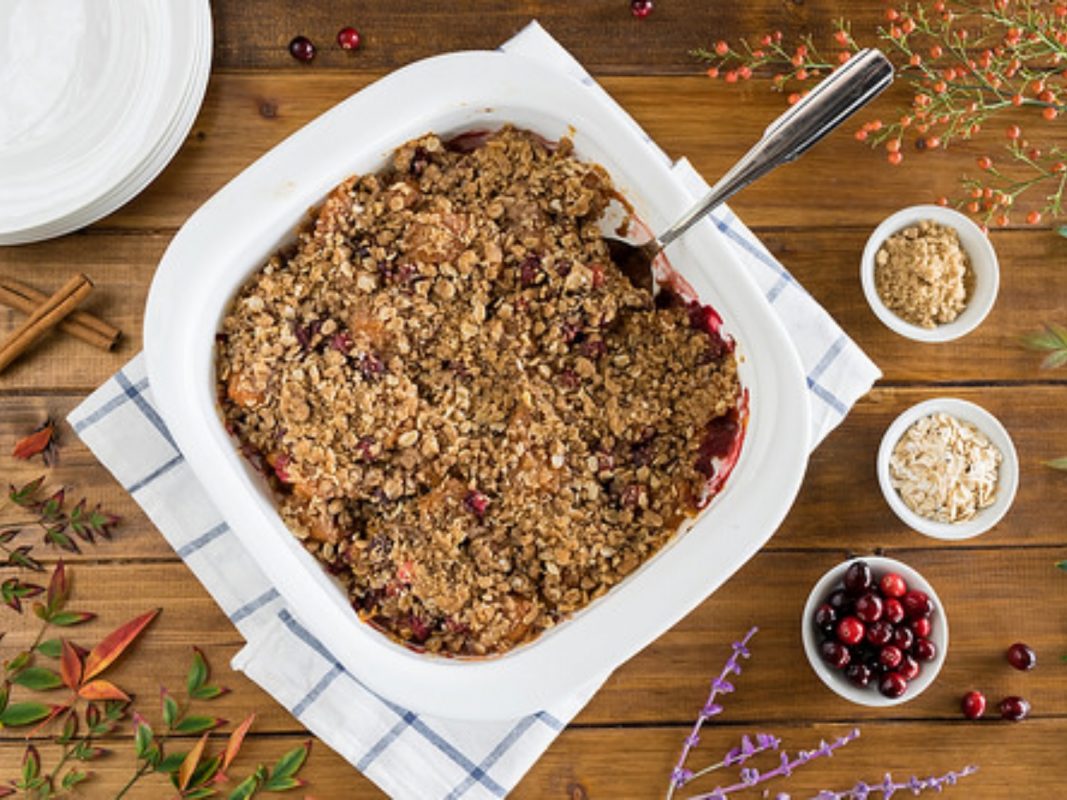 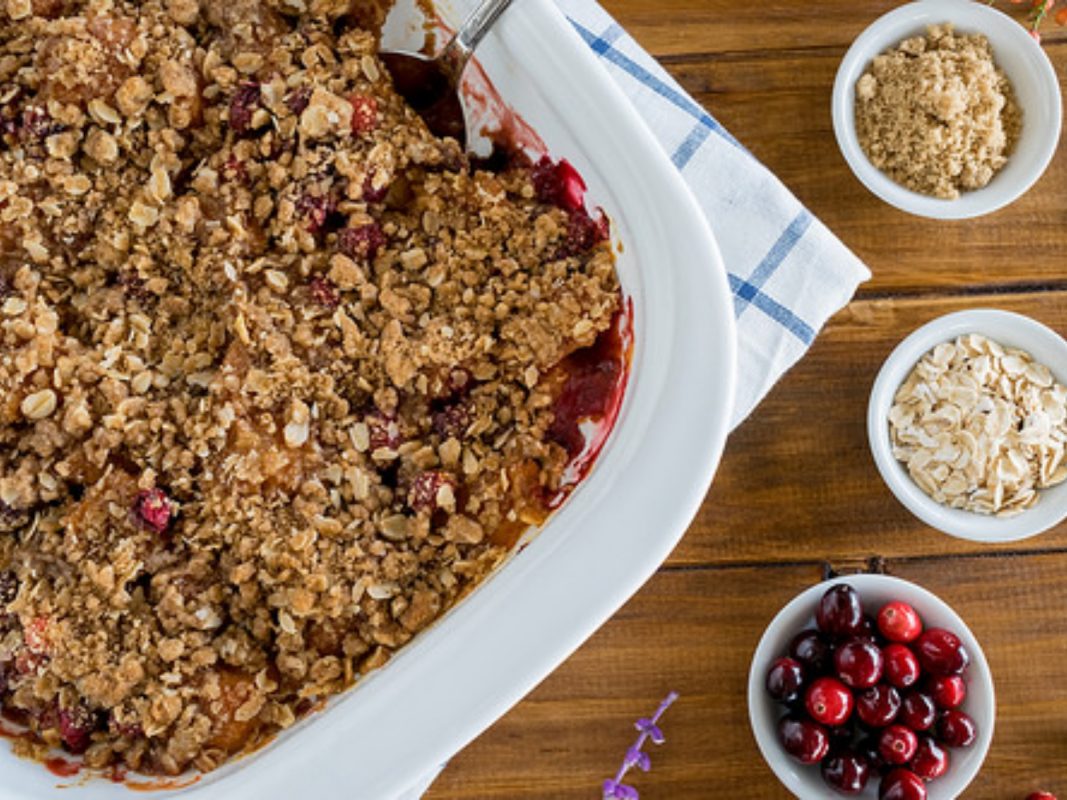 This dish qualifies as the perfect sweet potato casserole: filled with tender sweet potatoes tossed with fresh ripe cranberries, covered with a cinnamon and brown sugar oat crumble, and baked until the cranberries soften and burst, releasing their ruby-colored juice, which bubbles under the crisp, crunchy warmly-spiced topping.

If using fresh sweet potatoes, use about 2 1/3 pounds of potatoes. Peel and cut into 1-inch dice, and bake on a baking sheet at 400°F for 20 to 30 minutes, until tender when pierced with a knife. Let cool, then proceed with the recipe as directed. When tossing the mixture, if it seems dry, simply add water instead of the canning liquid as directed.

Adam and Ryan are two husbands cooking together in a small kitchen in a house on a hill in Eagle Rock, California, sharing recipes, stories, and traveling the world. Their blog Husbands that Cook has a variety of delicious, quick, and easy vegetarian home-cooked meals and healthy vegan options, as well as some of their favorite dishes from around the world. They love cooking with seasonal produce, and their recipes feature various fresh ingredients throughout the year.