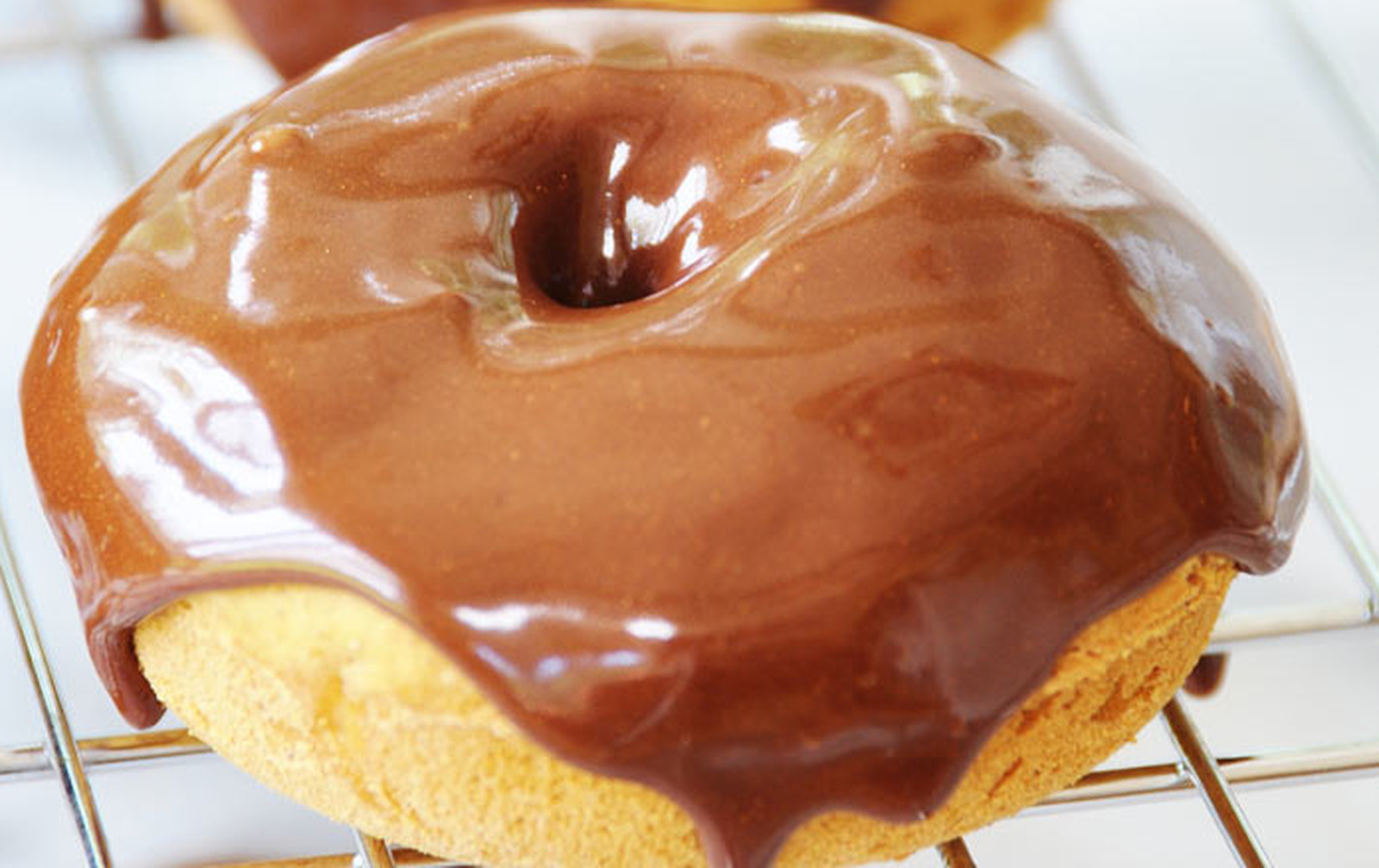 When you taste these vegan baked pumpkin spice doughnuts, you’ll understand how amazing they are. First, the doughnut: it’s exactly what a doughnut should be – firm, a little spongy, cake-like, and moist. With the pumpkin, nutmeg, cinnamon, ginger, and cloves all combined ... cue the trumpets and angels singing. And if the pumpkin spice flavors aren’t enough to make you swoon, there’s the dark chocolate and cinnamon icing that covers the top and drips down the sides. Pure pumpkin chocolate heaven!

Total Calories: 1,552 | Total Carbs: 374 g | Total Fat: 4 g | Total Protein: 19 g | Total Sodium: 105 mg | Total Sugar: 240 g Note: The information shown is based on available ingredients and preparation. It should not be considered a substitute for a professional nutritionist’s advice.