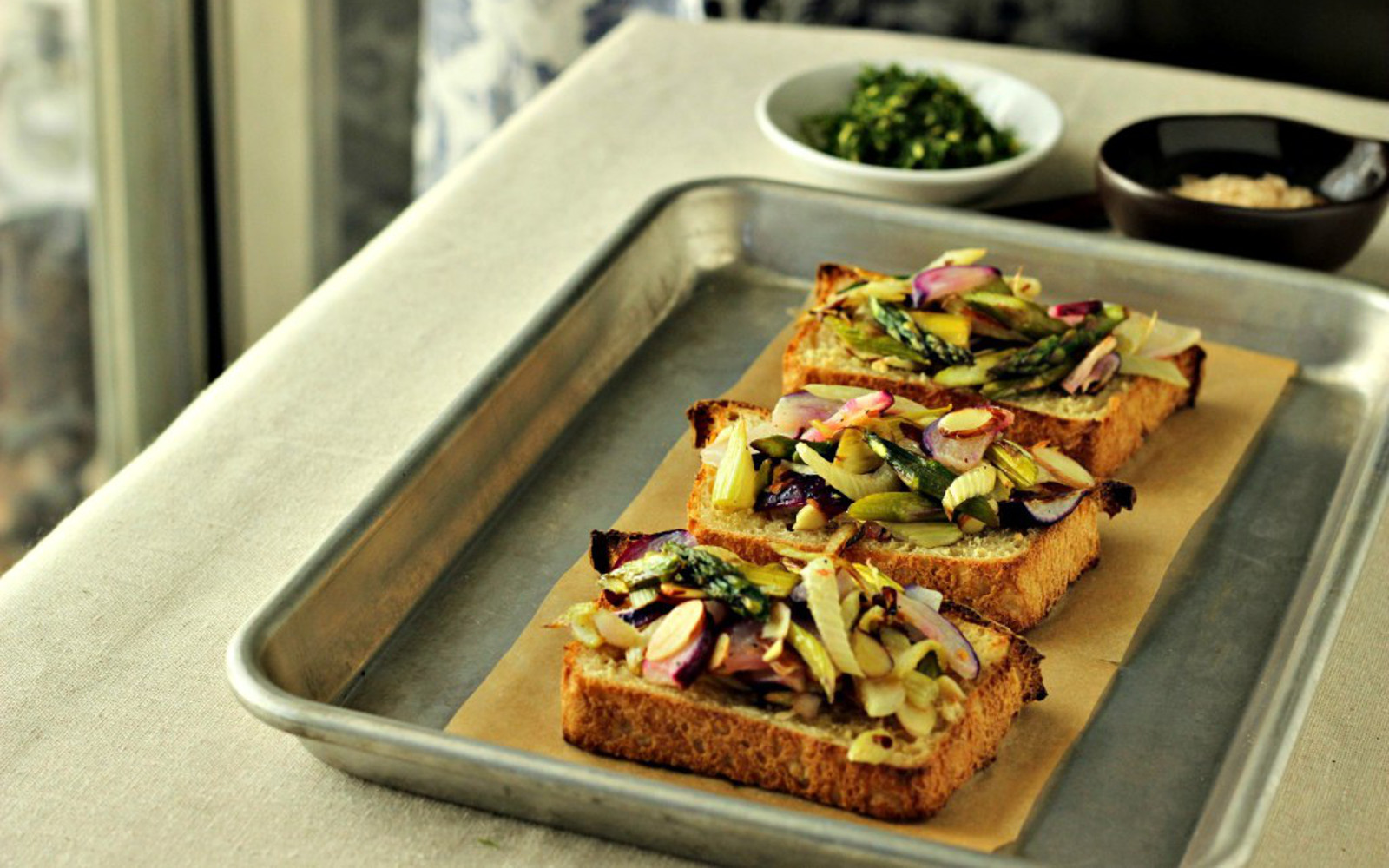 Fennel takes on such an amazing flavor when it’s roasted as the licorice flavors mellow and caramelize. For these crostini, pair it with spicy radishes and earthy asparagus to create a tangle of roasted veggie goodness. For some different textures, throw some almonds in the mix for a bit of crunch. To create a bit of contrast and be mindful about reducing waste, make a fresh gremolata out of fennel fronds, lemon zest, and garlic to top the crostini. If you don’t have any bread, you can serve this over some greens or your favorite cooked grain and it will still be delicious.

For the Roasted Vegetables:

For the Crostini and Assembly:

To Make the Roasted Veggies and Almonds:

To Make the Gremolata:

To Make the Crostini and Assemble:

My personal journey is to share what I eat as a vegan and portray the vegan diet as one of inclusion, not exclusion. When I’m not photographing food and developing recipes for Sweet Miscellany, I’m working towards becoming a holistic health coach and yoga instructor and exploring my hometown of Houston, Texas.