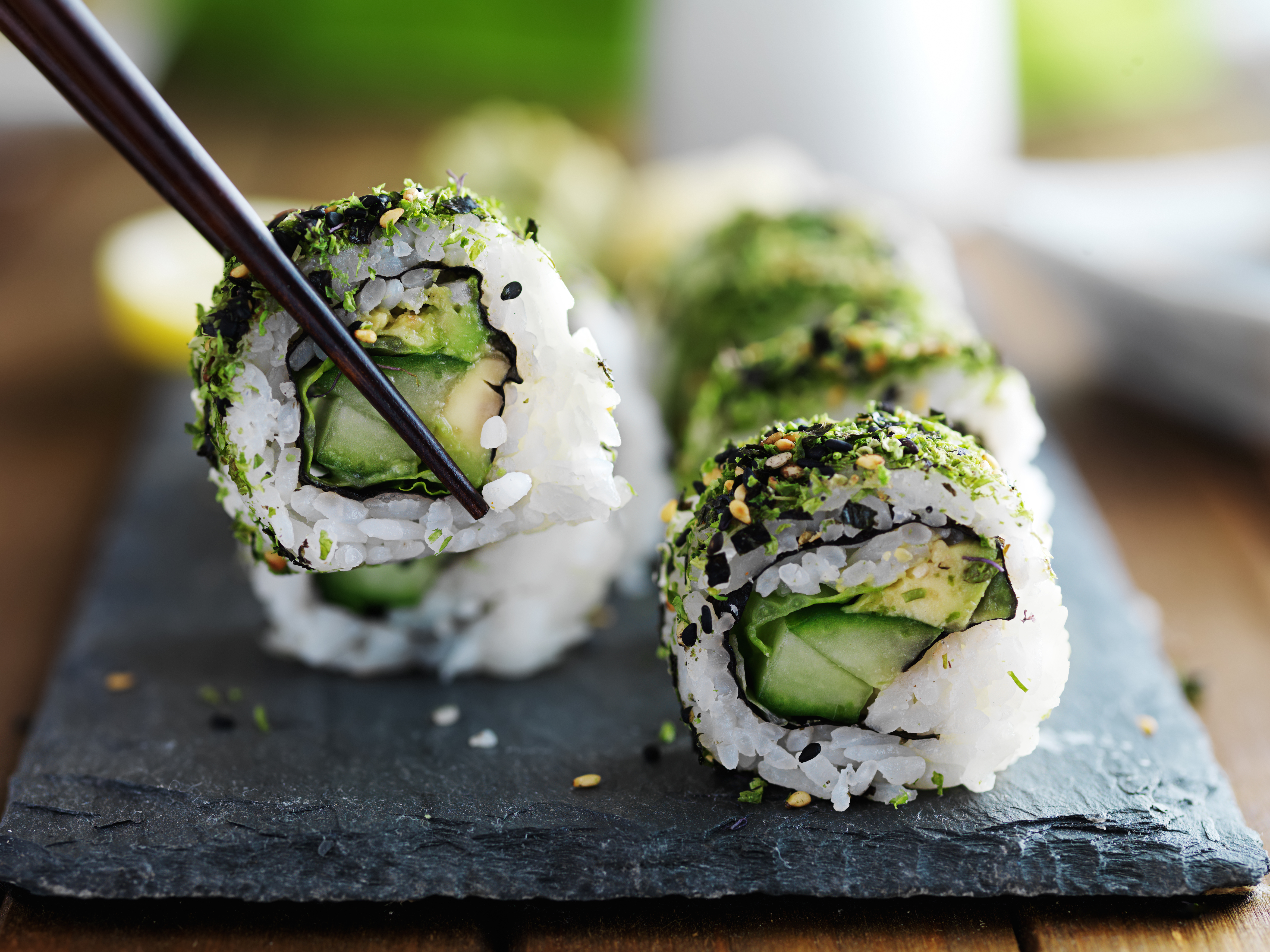 After a highly successful appearance on ABC’s Shark Tank, vegan sushi chain Beyond Sushi will be bringing the investments and profits generated by the show to the West Coast, specifically Los Angeles.

For those unfamiliar with the program, Shark Tank gives entrepreneurs a chance to pitch their business ventures to a group of highly influential investors, including Dallas Mavericks’s owner Mark Cuban, in the hopes that one of them will invest in their company. During his appearance on Shark Tank, Beyond Sushi founder and head chef Guy Vaknin asked for $1.5 million for a proposed expansion into the West Coast market. After his presentation, Vaknin left the show with not one, but two investors.

In addition to the investment secured on Shark Tank, Beyond Sushi’s appearance on the show led to a 40% surge in sales after airing, with delivery service jumping nearly 70%.

Although no date has been officially set for the West Coast launch, the plant-based sushi company has the investment it needs to carry out the expansion. Time will tell if the move will be a smart one, but Beyond Sushi has been highly successful in the hyper-competitive New York City, a fact that was not lost on the Shark Tank investors.

To Your Kitchen, and Beyond

If you also like to go above and ‘beyond’ when it comes to vegan sushi, you’re in luck. Here’s a a few of the best vegan sushi recipes available on the Food Monster App. Enjoy! 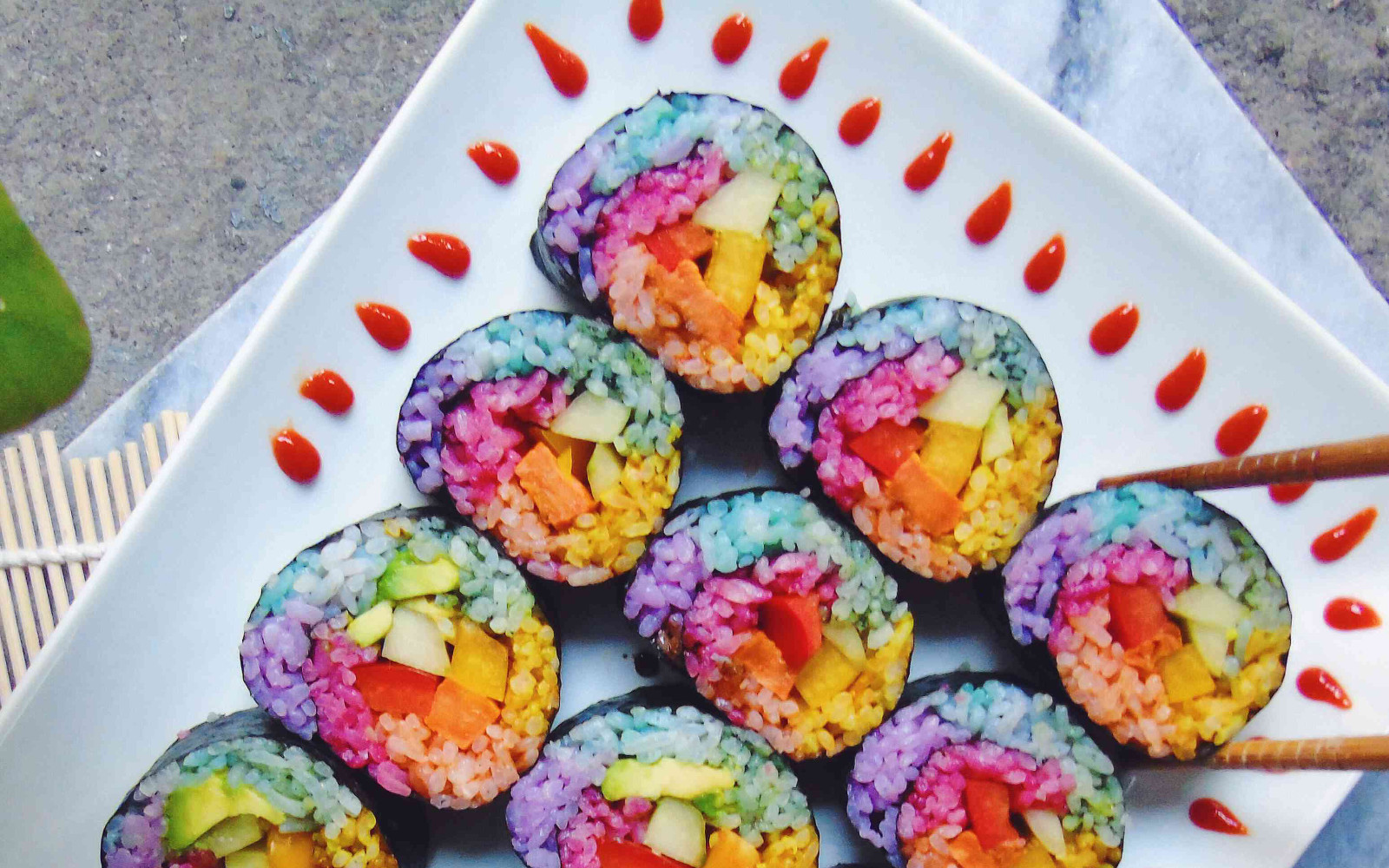 If you want to have truly magical sushi, try Anarki “AJ” Tjon Affo‘s Rainbow Unicorn Sweet Potato Sushi. A true feast for the eyes, the vibrant rice in this sushi is colored naturally with ingredients like turmeric, beet powder, spirulina, and purple cabbage. Each roll is stuffed with roasted sweet potatoes and crisp, colorful bell peppers, but feel free to swap in your favorite ingredients. 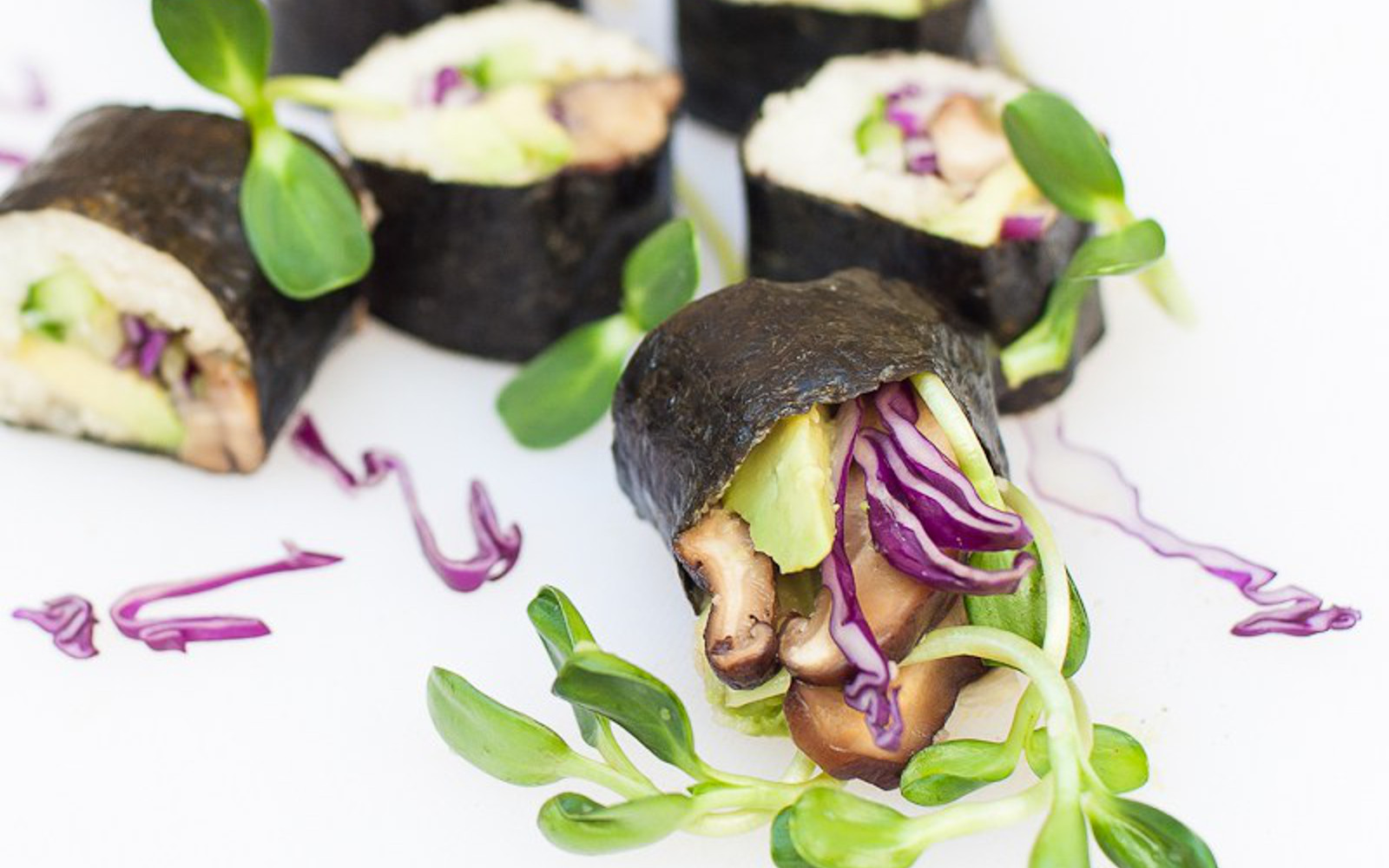 Lena Ksanti‘s Raw Sushi Rolls With Shiitake Mushrooms are beautiful, colorful, and most importantly, delicious! Sweet, succulent jicama is chopped into rice-like pieces, and then together with Shiitake mushrooms, cucumbers, avocado, and red cabbage, rolled into nori sheets. Try these for a light and refreshing twist on sushi! 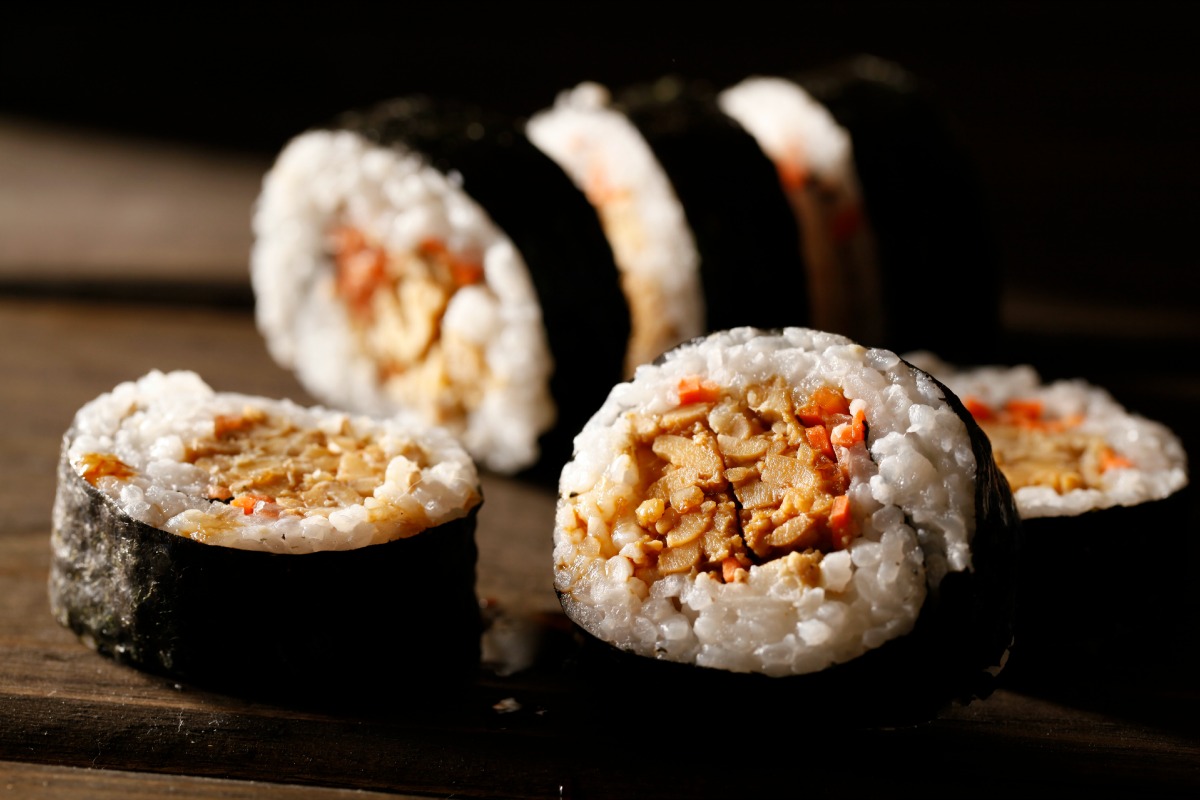 Inspired by the beauty and simplicity of Asian food, Tempeh Girls‘s Tempeh Maki Rolls are simple and delicious! Nori and tempeh are both excellent sources of plant-based protein, which makes these a filling lunch or dinner choice that comes together quickly for a satisfying meal.

If you enjoyed this article, check out Dreaming of Sushi? Check Out These 15 Veganized Versions of Your Favorite Rolls We also recommend downloading the Food Monster App. For those that don’t have it, it’s a brilliant food app available for both Android and iPhone. It’s a great resource for anyone looking to cut out or reduce allergens like meat, dairy, soy, gluten, eggs, grains, and more find awesome recipes, cooking tips, articles, product recommendations and how-tos. The app shows you how having diet/health/food preferences can be full of delicious abundance rather than restrictions.