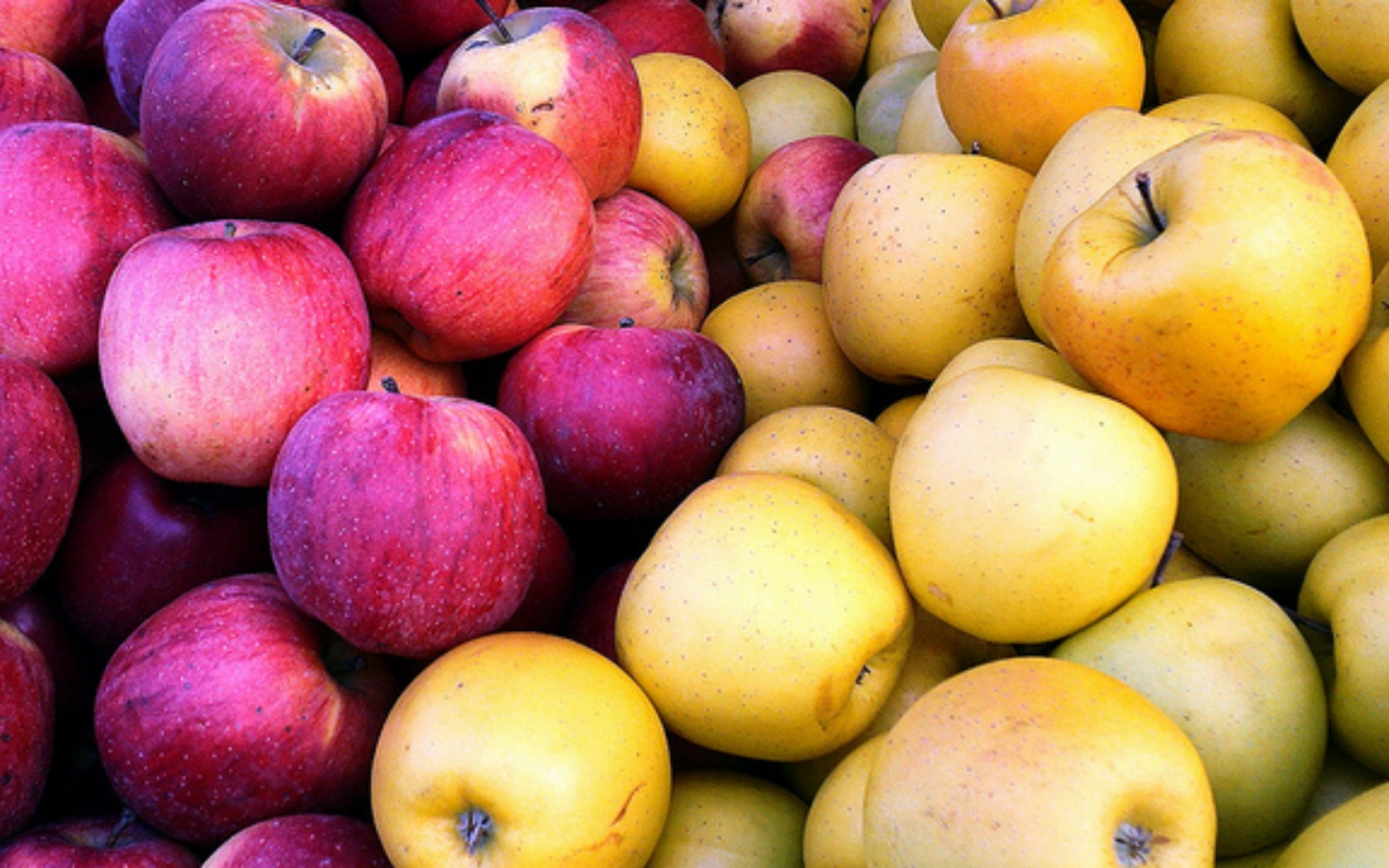 New, trendy products hit the market every single year. Among the many we’ve seen over the years, coconut products, kale, acai, matcha, hemp, chia, and way too many non-dairy milks to count have all stood up well. Among these healthier options though, many not-so-great products also appear year after year. This is the nature of the food industry of course, but it’s still something we should be mindful of before spending our money on things we don’t really know much about. Many products contain additives, fillers, sugar, and chemicals we shouldn’t be spending our money on, exposing our bodies to, and they may also be harmful to the environment.

That’s what makes foods and a few products that are actually healthy, and even non-GMO, organic, vegan, and minimally processed or processed-free so awesome. They might not be staples you buy every week or get too much “health buzz,” but they do have high nutritional value, are what might some might call “clean,” and many are also organic and non-GMO. 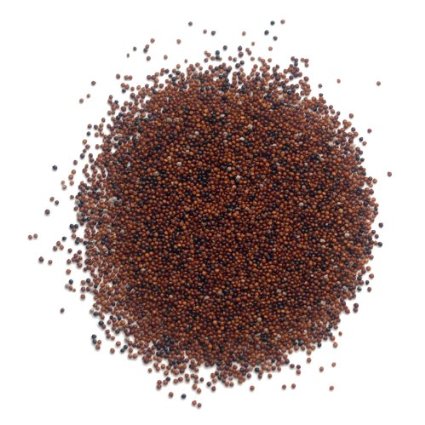 This ancient gluten-free “grain” has been around for a few years now but is becoming more available nationwide and even found in many organic, gluten-free oatmeal mixes, in bulk bins at health stores, and even online just like quinoa. Kañiwa is a tiny seed from South America that looks a lot like a mix of quinoa and teff mixed together. It’s actually a member of the quinoa seed family, but a different plant entirely (think of it like broccoli and kale both being cruciferous veggies but still different.) 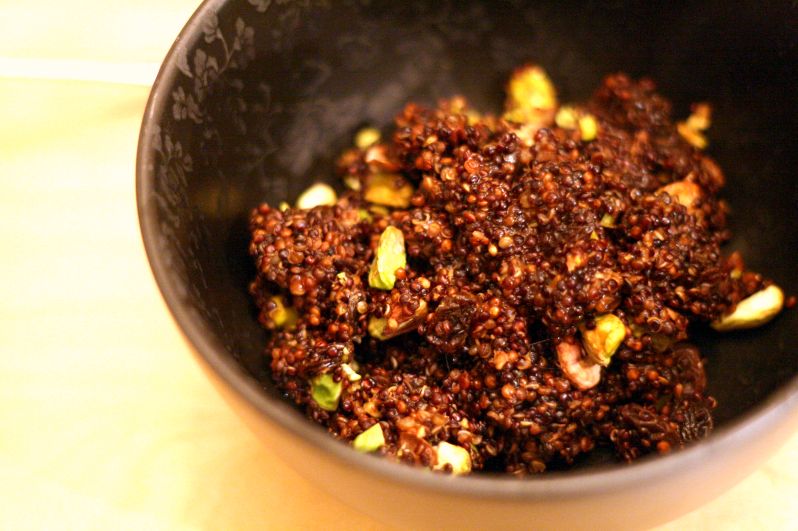 Like all pseduograins, kañiwa is high in minerals like magnesium, potassium, iron and calcium, B vitamins, fiber and protein. It’s also a complete protein just like quinoa, but actually has a bit more protein per ounce (16 percent versus 13 percent by weight). Kañiwa also doesn’t contain natural saponins, the coating found on quinoa seeds that can give them their bitter flavor if not soaked and rinsed well. This allows for a sweeter flavor with less prep time (major win!). These seeds are incredibly tiny, but will cook up quickly and fluff up nicely in just minutes. So, pick up a package and give this new supergrain a try! Most brands on the market are fair-trade and organic, which will benefit the farmers that grow this seed and the communities in those areas. Try it in any of our quinoa dishes and let us know what you think of this new healthy food! 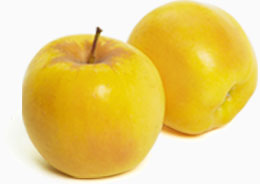 This bright gem of a fruit is just gorgeous, to put it mildly. A mix between a Golden Delicious and Topaz apple, Opal apples are one of the few apple breeds to be highly available in organic form  (a major plus for apples since they’re the number one crop coated with pesticides). So whats the big deal about them? 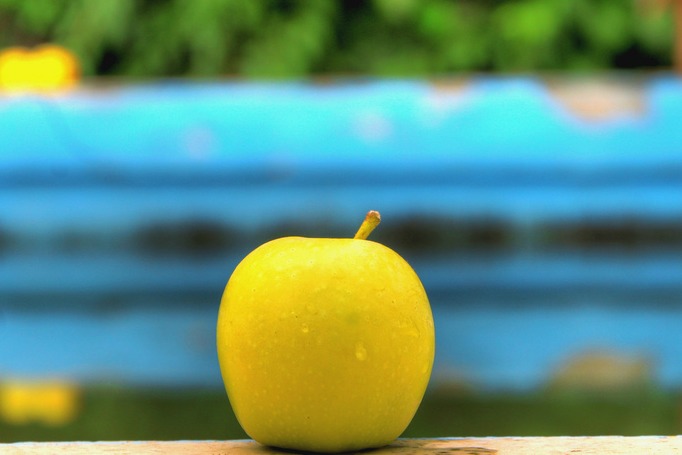 Well, they look like a yellow apple, are incredibly sweet in flavor (think Golden Delicious times 10!) with slight floral and tangy notes. They’re also crisp, juicy and delicious, unlike some milder, more fleshy apples. Opal apples naturally resist oxidation slower than other breeds and are not treated with chemicals. Nutrient-wise, they’re similar to other apples containing high amounts of pectin, a soluble fiber that reduces cholesterol, and plenty of potassium and vitamin C to keep your joints feeling well and immune system in good shape. The best part? THEY’RE ALSO THE FIRST CERTIFIED NON-GMO crossbreed of apples! Check them out while they’re in season (late winter into early spring at the end of March). If your local producer doesn’t carry them, you can see who does in your state here, and even request that your store do so. 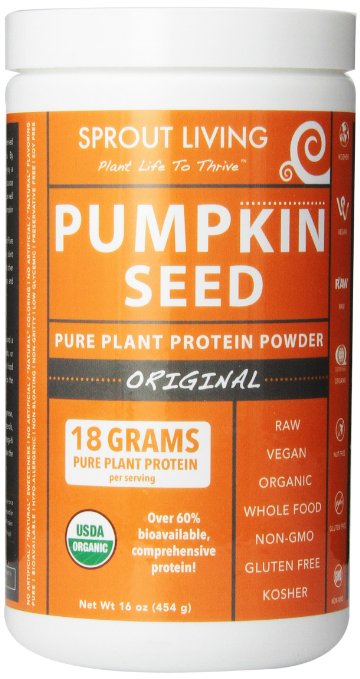 A new protein to hit the market this year couldn’t be more simple, healthy and yes – vegan! Sprouted pumpkin seed protein powder has also been around for a couple of years, but is showing more in vegan protein mixes, as well as being sold as a separate protein powder itself. Since pumpkin seeds are one of the most nutritionally-dense seeds out there, boasting iron, magnesium, fiber, amino acids (especially mood-boosting trytophan), it’s a clean source of protein that comes from nothing but raw, sprouted pumpkin seeds, which makes it easy to digest. Pumpkin seeds are naturally alkaline-promoting because they contain high amounts of chlorophyll, the green pigmnent found in plants. Nutrition-wise, the protein powder has about 7 grams of protein per ounce (14-15 per scoop) with 3 grams of fiber, no sugar and it’s low in net carbohydrates if that’s a concern. 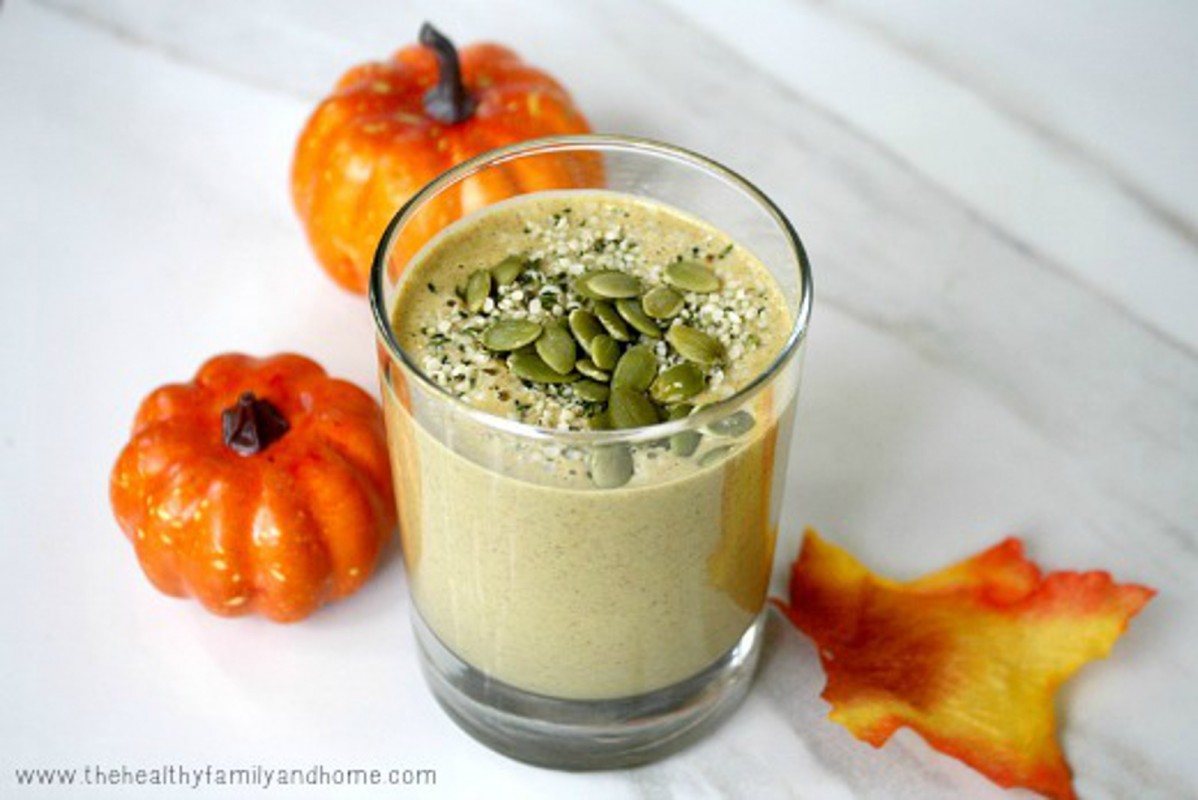 The protein powder is also a nice, light green color with a mild flavor, so you can easily mix it in anything and won’t notice the taste a bit. Of course, you could also just make your own by grinding pumpkin seeds up (though they won’t be sprouted) and give this a shot yourself at home. However, if you’re looking for an inexpensive, organic and non-GMO source of vegan protein, you might want to give this new option a shot in one of our smoothie recipes.

These adorable little kale-like leaves are popping up in stores everywhere (normally where the loose greens, sprouts, wheatgrass and packaged greens are found in the produce section). Kalettes are a breed of kale and Brussels sprouts, which makes them a dynamite package of nutrition since these produce staples are rich in fiber, chlorophyll, and cancer-fighting properties. Kalettes can be cooked just like smaller kale leaves, or you can massage them just like you would kale to make kale salads. They’re sweet, crunchy, and will cook up pretty quickly for a healthy meal in minutes. 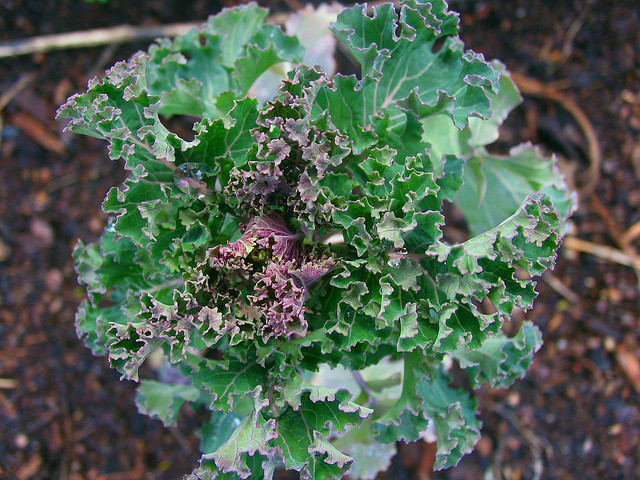 If you’re wondering, kalettes are completely non-GMO and most can be found in organic form. If your local producer doesn’t have them yet, just give it some time since these new veggie-like greens have taken a bit time to circulate in stores nationwide. Kalettes are known as the Flower Green in the U.K., where they have been a bit more popular for some time now. If you find kalettes, pick some up and give them a try in any of our kale dishes. Let us know what you think!

If you’re a grain-free or gluten-free eater, you know how challenging it can be to bake and get a delicious flavor in your gluten-free goods. While there are plenty of mixes out there to help you out, most of these are incredibly high in refined carbs with no nutritional value (like white rice flour). They also have little to no fiber, additives and chemicals. Coconut flour, almond flour, and even hazelnut flour have been some healthy gluten and grain-free options available for several years now, but a new flour trend has taking off quickly for grain-free baking – veggie and fruit-based flours. Several companies are making everything from squash flour to apple flour, and even sweet potato flour! You may also be able to find some other varieties out there too. These flours are cold-milled fruits and vegetables that you can use to make sweet gluten and grain-free baked goods. One company, Anti-Grain, is also non-GMO, certified vegan, nut-free, soy-free, and preservative-free. They also only use fruits and veggies grown in the United States. Other companies are also producing fruit and veggie-based flours, though many are not yet non-GMO and may be imported. 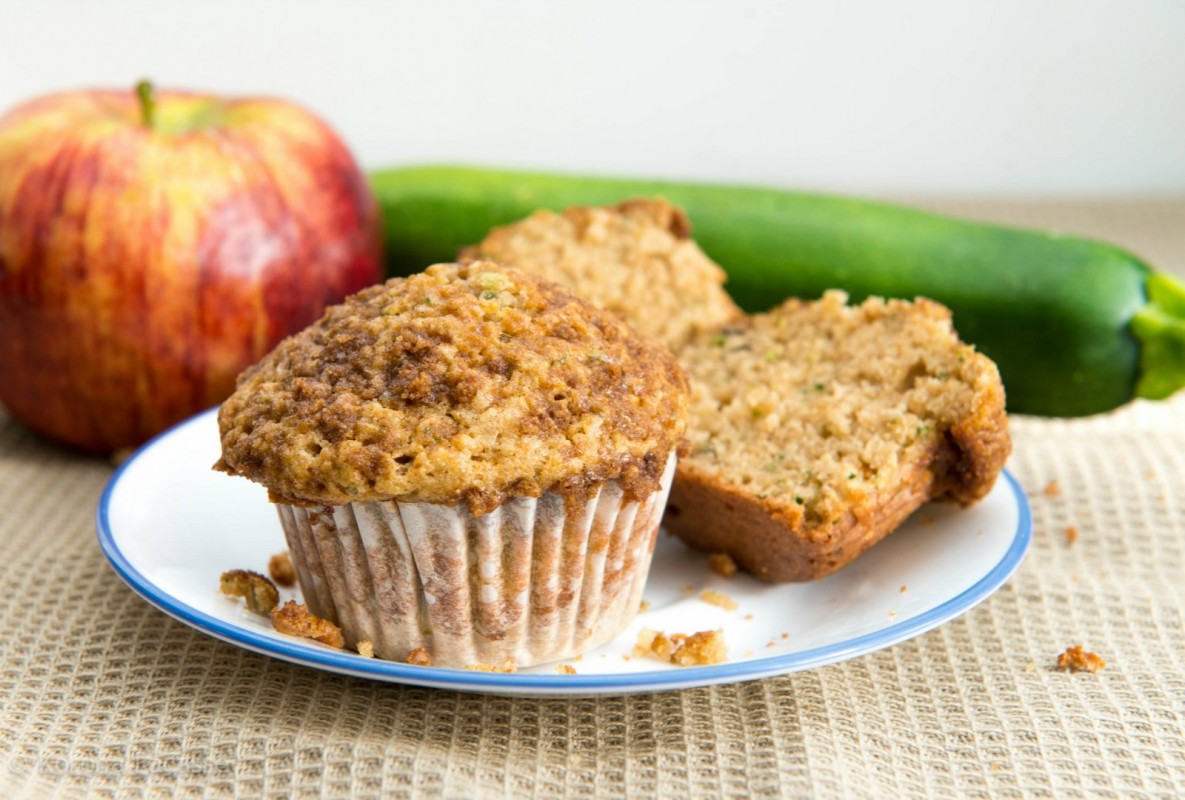 How do you use them? You can bake with them just like other flours, but they are best combined with a nut or seed-based powder like coconut, almond, flax, or chia flour. Sweeter flours, such as apple or sweet potato flour, may even allow you to replace some of the sugar in your recipes since they are naturally sweet. Of course, eating a whole fruit and veggie is always best, but if you’re into baking and want the healthiest alternative, these just very well might be it. Try them out in some of our muffin or pancake recipes and let us know what you think!