From Fast Food to Gourmet: These Three Celebrity Vegan Chefs Do It All! 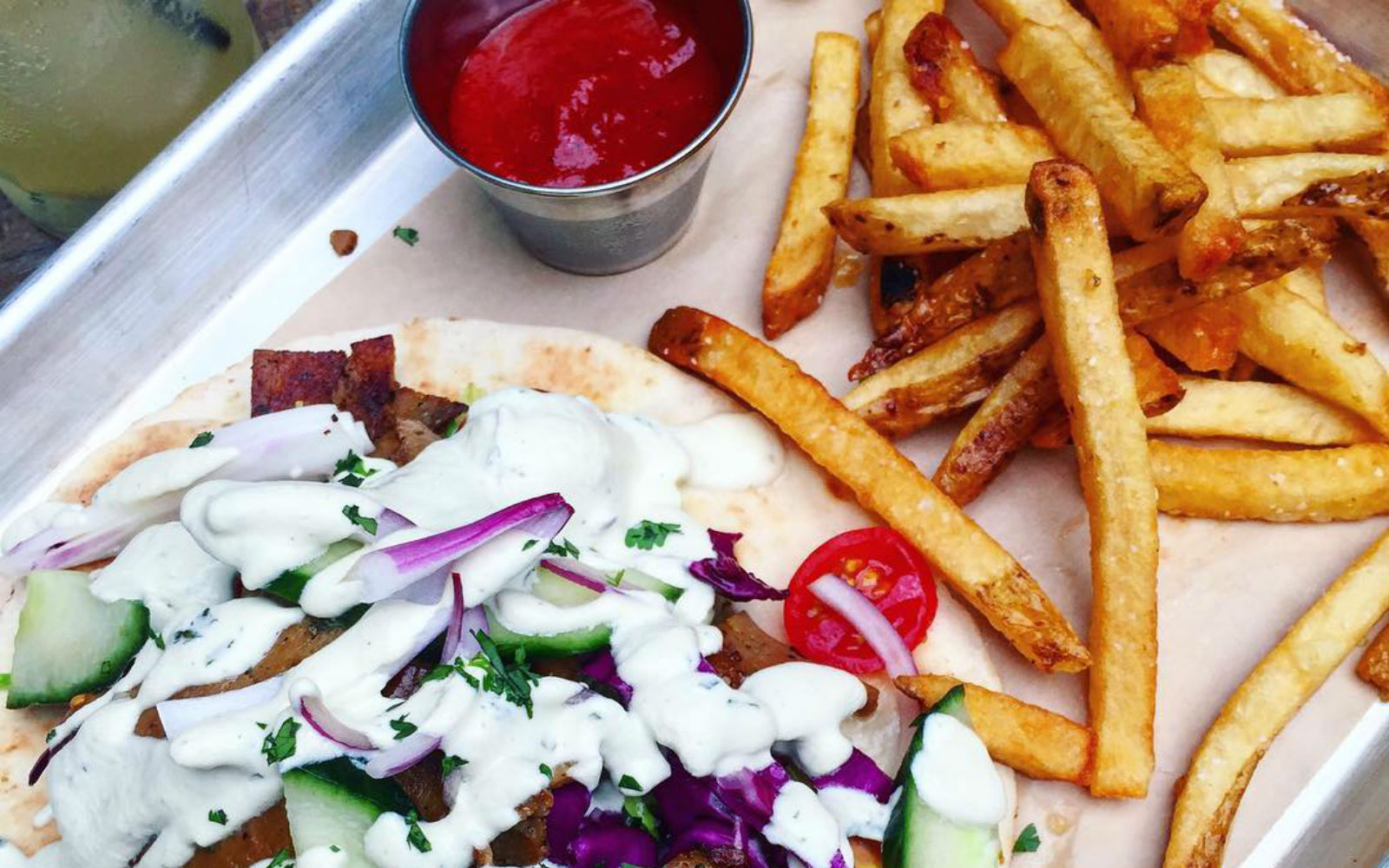 These days, most everyone knows the name of at least one or two celebrity chefs: not only is The Food Network, for example, a hugely successful enterprise, but because people’s investment and interest in food is so high (do you remember the last time you went out and someone didn’t photograph their brunch?), it’s natural that the public is just as invested with the notable people who conceive of and prepare their food as their food itself.

We wanted to highlight these three vegan celebrity chefs because they all cook extremely different kinds of cuisine, and all have garnered their own enthusiastic followings for different reasons. No matter what kind of food you’re after, between these four, you’re bound to find the plant-based dish of your dreams. Let us know whose restaurant you’d be most excited to visit, and what you’d order from them!

Chef Chloe is a vegan chef and author. She earned national attention after being the first vegan chef to win the Food Network’s reality-competition series “Cupcake Wars”, and went on to be named to the 2017 Class of 30 Under 30 by Forbes. In 2015, Chloe partnered with ESquared Hospitality to open the fast-casual vegan restaurant chain, By Chloe, but she was ousted from the brand after a legal dispute.

Just try to keep from drooling over this plant-based burger and cupcake combo!

byCHLOE has quite a few locations dotted throughout the United States already. See if there’s one near you here. If you can’t find a byCHLOE in a location near you, you could also pick up one of her vegan cookbooks!

For fine-dining, go to a Matthew Kenney-owned establishment.

Matthew Kenney is an American Celebrity chef, entrepreneur, author, and educator specializing in plant-based cuisine. He spearheaded Plantlab Culinary, an initiative to increase the interest in plant-based cuisine and its preparation; Plantab Culinary School offers intimate classes and personalized instruction for culinary students excited about learning how to cook vegan food.

This veggie bowl with sprouted lentils, kale, avocado, preserved lemon tahini, and romesco is almost too beautiful for words.

Additionally, Kenney has a variety of different plant-based restaurants, like the New York City-based Vegan Pizzeria “00 + Co” and “Plant Food + Wine” which is in both California and Florida, and serves up premium a premium plant-based menu, with dishes like heirloom tomato and zucchini lasagna with sun-dried tomato marinara, macadamia ricotta and pistachio pesto; and butternut-potato gnocchi with farro Bolognese.

Rich Landau has been at the forefront of plant-based dining for some time; not only did he serve the first-ever vegan dinner at the James Beard house in 2009, but Landau is a co-owner of Vedge, a modern vegetable restaurant that opened in 2011 to rave reviews from diners and critics alike. Additionally, Landau appeared on the Food Network’s reality cooking competition show, Chopped. Landau ended up winning the competition’s $10,000 prize, part of which is donated to an animal shelter.

Vedge serves inventive vegan and vegetarian small plates in a charming old mansion, while another of Landau’s restaurants, V Street, serves vegan riffs on global street food, all served up in a small wood-and-brick space with a bar and kitchen counter. Landau is also behind Wiz Kid, a new eatery in Philadelphia that specializes in vegan Philly cheesesteaks.

Check out the smoked Kohlrabi with mustard frills, horseradish, and crispy caraway quinoa served at Vedge!

If you’re interested in cooking like any of the chefs above, we have some recipe suggestions for you! For a guac-smothered burger like Chef Chloe’s, check out this recipe for Caribbean Jerk Millet Burgers With Pineapple Guacamole, and then read this feature on How to Make Perfectly Crispy French Fries Without Oil.

For a high-end, gourmet feast that would make Matthew Kenney proud, we suggest checking out how to make your own Gourmet Cheese and serving that up as an appetizer before diving into this fancy Boeuf Bourguignon Végétalien.

Finally, go big or go home and serve up either this Philly Tofu Cheesesteak With Portobello Mushrooms or this recipe for a Jackfruit Philly Cheesesteak Sandwich to follow in the steps of Landau and Wiz Kid.