It’s Not Just for Soup: 7 Ways to Put Your Slow Cooker to Use 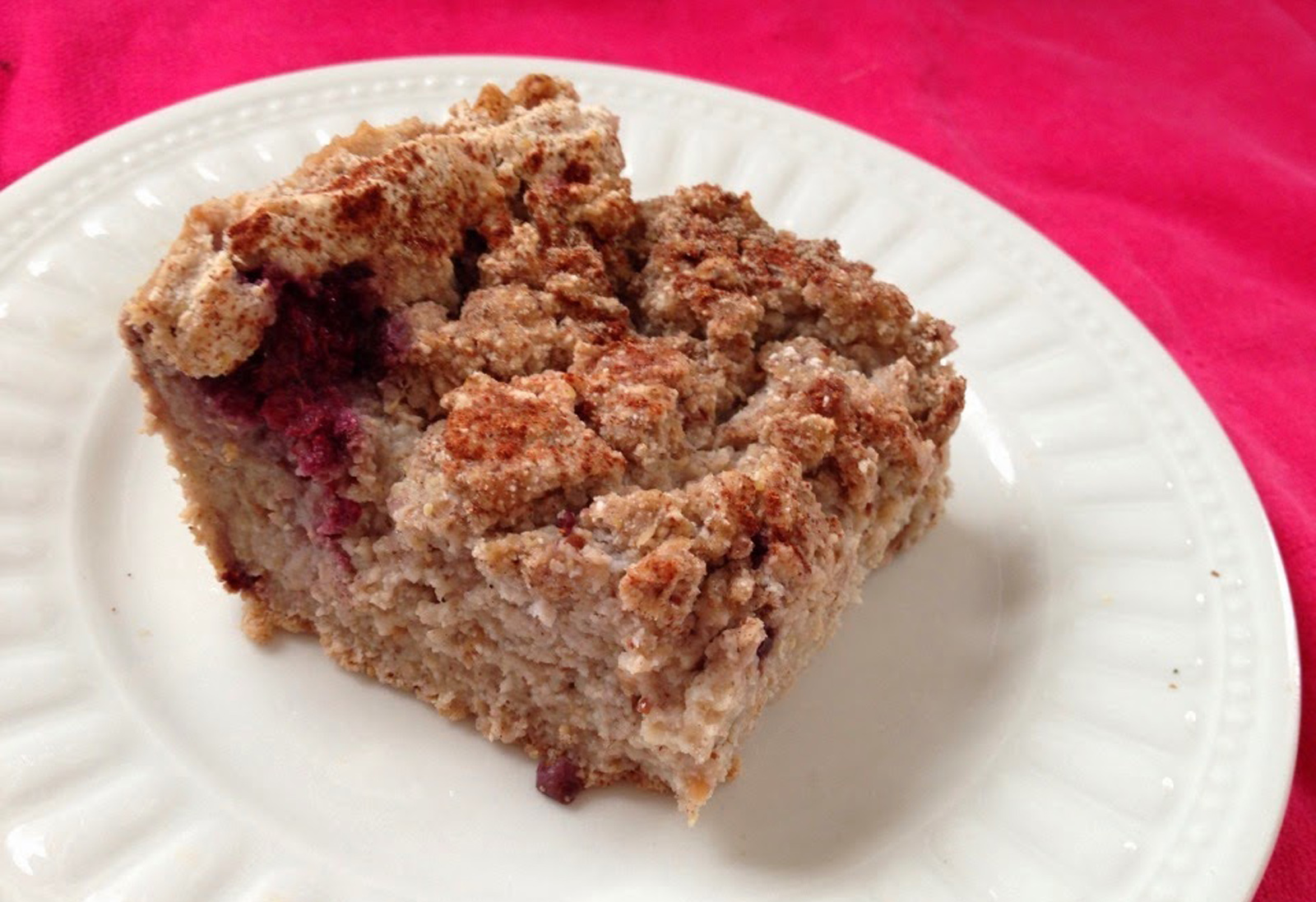 Fall is here, which means the pumpkin madness has begun, sweater season has arrived, and it’s time for soups and stews instead of just juices and smoothies. There’s just nothing like a hot mug of coffee, cocoa, hot apple cider, or a simple cup of herbal tea on a cool, crisp day. It’s purely seasonal magic at its finest!

No matter how much I love seeing the leaves change day by day this time of year, nothing excites me more than the first fall day when it’s just chilly enough to pull out the slow-cooker. The night I make my first batch of hot vegetable soup is always one to look forward to every single year. Talk about magic! The idea of letting a pot of inexpensive, nutritious vegetables cook several hours without much labor at all and have them taste so incredible afterwards is what magic is about, folks.

My mother’s original vegetable soup recipe is what inspired my obsession with veggie soup. However, mine is meat-free, whereas her’s is…well, not so much! Vegetable soup is something most everyone makes in their slow-cooker, whether it’s a plant-based version or not. However, there are other things (many things actually) you can make in your slow-cookers besides soups and stews.

Which brings me to my top seven favorite ways to put the slow-cooker to use besides making a batch of comforting soup or stew. You can use any size slow cooker you want for these recipe ideas, and all of them should work marvelously so long as you adjust the portions accordingly.

If you don’t already own a slow-cooker, then go out and buy yourself one ASAP. You can even get a miniature one online for as little as $10, which is perfect if you’re a single eater like myself. Here are some ideas to get you started.

Nothing beats rolling out of bed to a hot piping bowl of porridge. Whether you’re in the mood for oats, quinoa, millet, brown rice, teff, amaranth, or even good old southern grits, your slow cooker is the vehicle behind the effortless breakfast magic. For a single serving recipe, just place 1/4 cup of your choice grains with 3/4 cup liquid in the slow-cooker before you go to bed. I like to rub a little coconut oil in my slow cooker first just to make sure the grains don’t stick. Then, season however you like (such as cinnamon, vanilla, ginger, etc.) or even add some blueberries or applesauce for a fruity, fall flavor. Pop the lid on, turn the cooker on low, go to bed and in eight hours, you’ve got breakfast, not to mention a killer awesome scent to makes you wake up a bit quicker. Just make some healthy, fair trade coffee and you’re good to go!

Another favorite use for my slow cooker is to make my own vegetable broth/stock. Here’s my favorite recipe: Put a whole onion, two cloves of garlic, 2 stalks of celery chopped, 2 tomatoes quartered, a quarter cup mushrooms, and two large carrots, chopped into the slow cooker. Add a 1/4 teaspoon of high mineral sea salt (my favorite is Himalayan pink salt) and a dash of black pepper and oregano. Next add in a whole bay leaf, some sage, and fill it to the top with water. Pop the lid on, let it cook on high for six hours and strain the broth afterwards with a colander into a large bowl. You can keep the veggies and eat them if you like, but I usually discard them since all the flavor is in the broth (along with all the vitamins and minerals). You can use the broth for soups or even drink it, which is especially healing for colds, coughs, inflammation, or when you’re feeling fatigued.

Making vegan cocoa is easy enough on the stove, but you can make it even simpler by just making it in your slow cooker. I also find it’s a bit tastier that way too since the flavors have time to “marry” as my grandmother used to say. To make hot cocoa just place two cups of your choice of non-dairy milk (like almond, soy, hemp, rice, coconut cashew or oat milk) into the slow cooker and add either 1/2 cup dark cocoa powder or regular cocoa powder into the slow cooker along with either a tablespoon of stevia or 1/4 cup coconut sugar, maple syrup, or even some coconut nectar. I’m preferable to stevia since it’s sugar-free, but feel free to use one of the other natural sweeteners, too. Whisk all the ingredients together, cover, and let it cook two hours on high. Pour the contents into a blender and blend just to make sure they’re combined well and to add a  nice frothy texture. You can also use a hand blender if you like to make it even easier. Then pour into your favorite mugs and serve it with someone special! Two cups makes about 3 servings.

This Slow Cooker Kahlua Mint Chocolate is an awesome combination you might enjoy, too!

If you love beans, then you’re going to love using your slow cooker to make them! You don’t even need to soak them when you make them in your slow cooker. Because they cook slower and longer, their starches have time to break down easier into sugars which, makes them easier to digest. Just give them a quick rinse first, and cook on low for 8-10 hours covered in water with whatever seasonings or spices you like.

Try this Simple Slow Cooker Black Eyed Beans recipe. It’s sure to warm you up on a chilly afternoon!

Who doesn’t love chili? Well you don’t need meat to make an awesome batch of chili; I can promise you that! You just need some high quality chili powder ( such as most organic blends) and a nice mix of beans like pintos, kidney beans, split peas, garbanzo beans (chickpeas), lentils,  black beans, and even white beans. I find if you use a variety of beans, you get an even better flavor, since beans and legumes carry variable levels of sweetness. I also like using no salt added, canned fire-roasted tomatoes which have a deeper, more complex flavor than traditional canned tomatoes. Then I just add my own high mineral sea salt, black pepper, and chili powder. If you really miss the “meaty” texture, feel free to add in some mushrooms or even chopped tempeh to add a hearty touch.

Try this delicious vegan chili recipe, which is perfect for the fall season! It’s a pure delight sure to warm you up just right!

I’m a fan of the gooey, cakey texture of porridge-style oats, but if you’re not, no worries. You can also make baked oatmeal in your slow cooker the same way you would in an oven. Baked oatmeal is basically like eating a healthy version of cake for breakfast. Yes,  you heard me right: cake. for. breakfast.

Just be sure to rub the lining of your slow cooker with coconut oil first so it doesn’t stick. Here’s a great slow cooker baked banana oatmeal recipe or you can try my own Gluten-Free Cinnamon and Berries Bliss Breakfast Cake and make it in the slow cooker instead of the oven.

M favorite thing to use my slow cooker for in the fall (besides the aforementioned veggie soup) is to make homemade applesauce and apple butter. I live right near the border of North Carolina, which is one of the best and largest producers of apples in the country. You truly haven’t lived until you’ve eaten a NC apple.

To make applesauce, take a whole bunch of assorted apples (about 10), chop them all up into quarters, remove the seeds and core, and place them in the slow cooker covered in water.

You can add things like cinnamon, maple syrup, or even stevia if you like to add flavor and sweetness. I usually just make mine plain and let the slow cooker do the sweetening itself. As the apples cook down, they develop a wonderful, deep, sweet flavor. Cook on low for ten hours and blend in the blender for instant applesauce. You can then turn that into apple butter by cooking the applesauce on low in the slow cooker another 4-6 hours until it turns a darker, caramel-like color. The longer it cooks, the sweeter and thicker it gets. Some people also add apple cider or mulling spices. Again, I like mine simple and sweet just as it is.

Want even more slow cooker tips? Check out these 10 tips for using your slow cooker so you can get the most out this crazy awesome kitchen appliance.