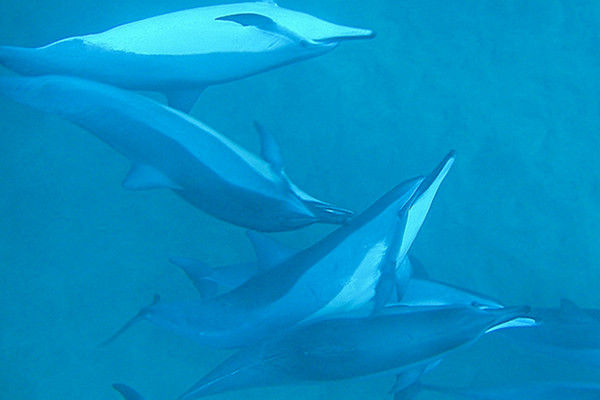 The fascinating video below was shot by a whale and dolphin watching boat called the Dana Pride, operated by Dana Wharf and depicts a large pod of dolphins that could number close to 2,000 and swimming around 25 miles per hour.

Discovery News reports that the “stampede” was probably not a sign that the dolphins were having a good time, but instead happened because they were frightened by the noise and vibration caused by the boat.

However, others claim that the phenomenon is not uncommon and dolphins enjoy interacting with moving boats and chase after them for long distances.

Southern California researcher Alisa Schulman-Janiger, who has spent years studying local marine mammals, said she has never witnessed common dolphins exhibiting what resembles a negative reaction to a boat.  ”They either ignore the boat, usually if they’re feeding, or they race over to the boat,” the researcher said.

Check out the video below and let us know what you think!