Cats and dogs are America’s favorite companion animals. Despite this, however, there is a huge problem with pet homelessness in the U.S. It has been estimated that there are 70 million stray animals living on the streets, but only six to eight million cats and dogs are brought into shelters each year. Unfortunately, there is just not enough room in the 3,500 shelters across the country. While many of us know that adoption is the best way to help this problem, there is still a large number of people who choose to purchase their companion animal from a breeder or pet store. As a result of the lack of adopters, an average of five out of every ten dogs and seven out of every ten cats are euthanized — a number that could easily be lowered if more people understood the consequences of shopping instead of adopting.

With this in mind, we don’t blame shelters for using certain heart-melting tactics to help their resident animals get adopted. Riley, the pup in the video above, for example, was taught to smile by workers at Front Street Animal Shelter in Sacramento. Just over one week after the video was posted, Riley was adopted! 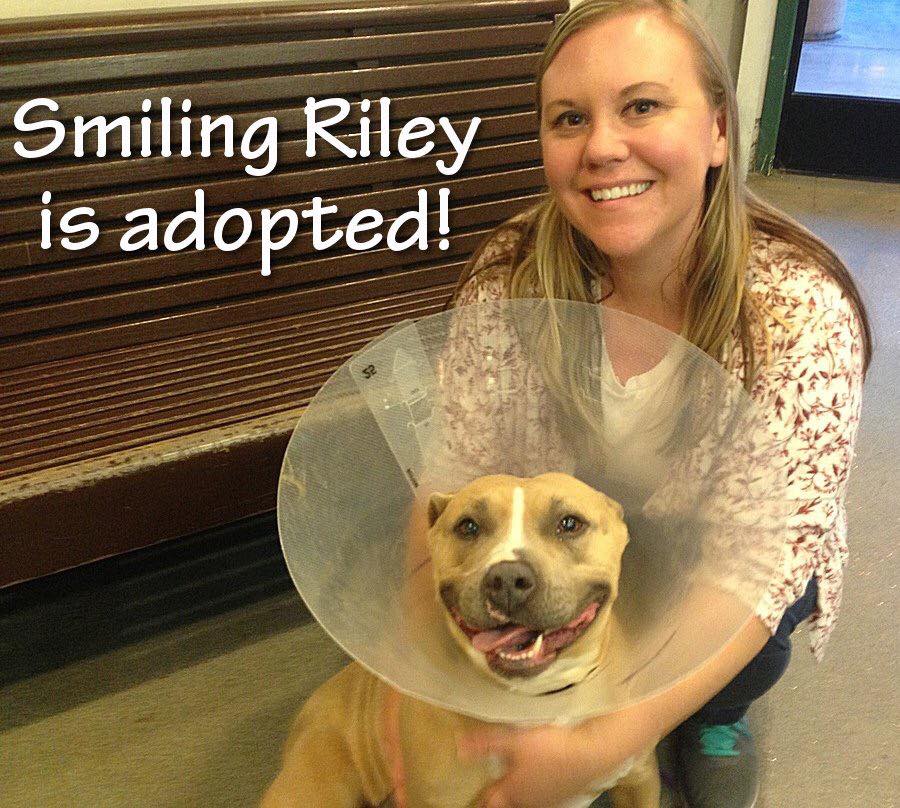 Sure, there may be no practical reason to teach a pooch to smile, but not only does Riley’s adoption mean he’s now living every shelter animal’s dream, it also means that another homeless dog can take his spot in the shelter.

This just goes to show, a little dose of cuteness can help shelter animals who may have otherwise been passed by get adopted. Just take the example of the time volunteers let Bobby, a terrier mix at Miami-Dade Animal Services, wear a Christmas sweater in hopes that his cuteness would land him in his new forever home — and it worked! Maybe Riley and Bobby will even inspire more shelters to start using strategic cuteness on potential adopters.

If you’re considering welcoming a new pet into your life, please always adopt and never shop.