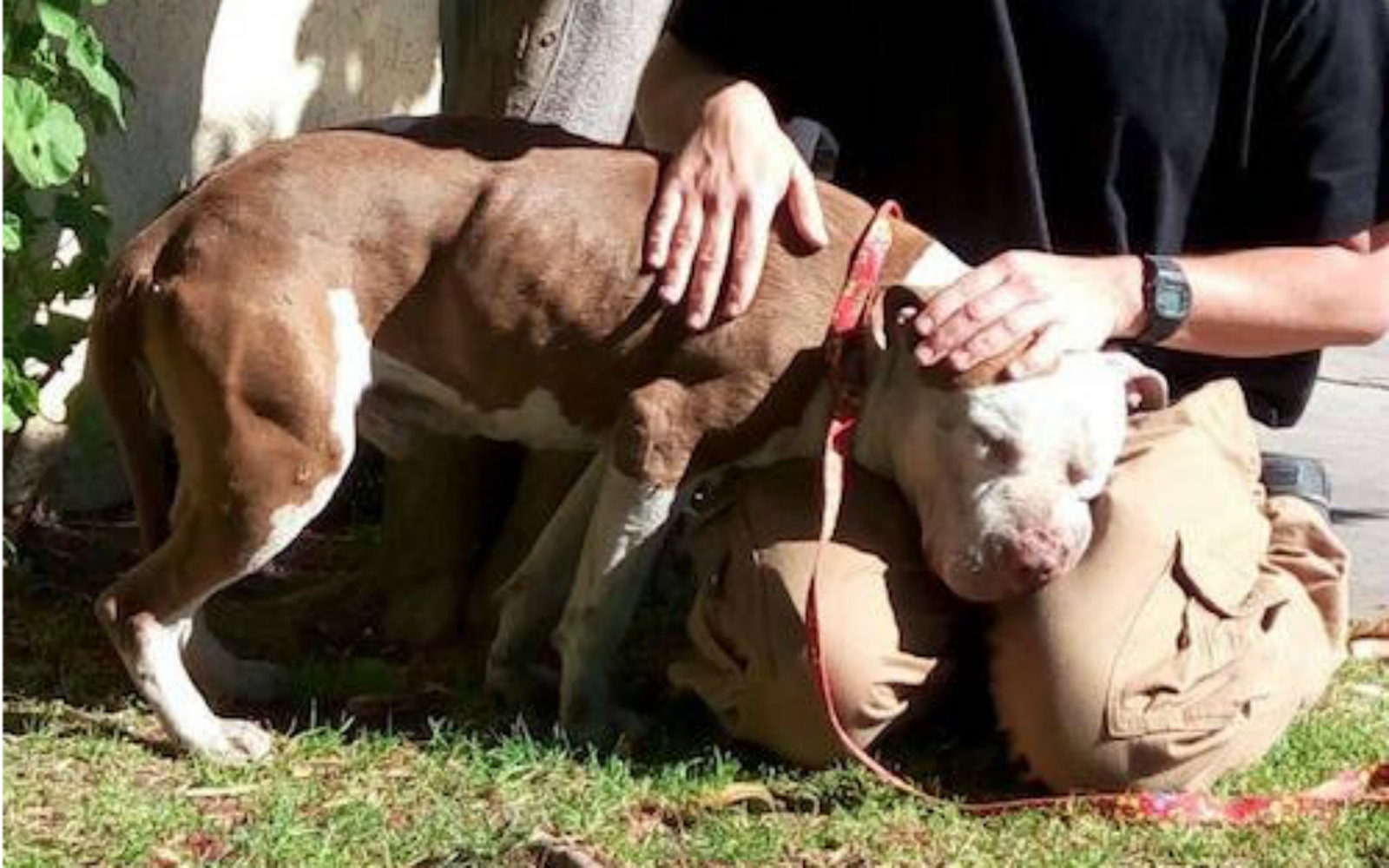 A group of kids spotted a homeless Pit Bull having a horrible seizure in the middle of the street in Los Angeles. One of the kids immediately grabbed his phone, filmed the dog having the seizure as he was trying to calm the dog down and then texted the video to Eldad Hagar, the founder of Hope for Paws, a non-profit organization that rescues stray dogs and cats.

Even though Hagar’s sister had just flown into town, he rushed to the scene. Hagar knew to approach the dog, now named Captain, slowly so he wouldn’t startle him. He successfully secured him on his leash and Captain must have known then that he was in safe hands because he came over for a hug.

The heartwarming moment was captured on camera. You can tell Captain knows he is safe and will now get the help he needs. 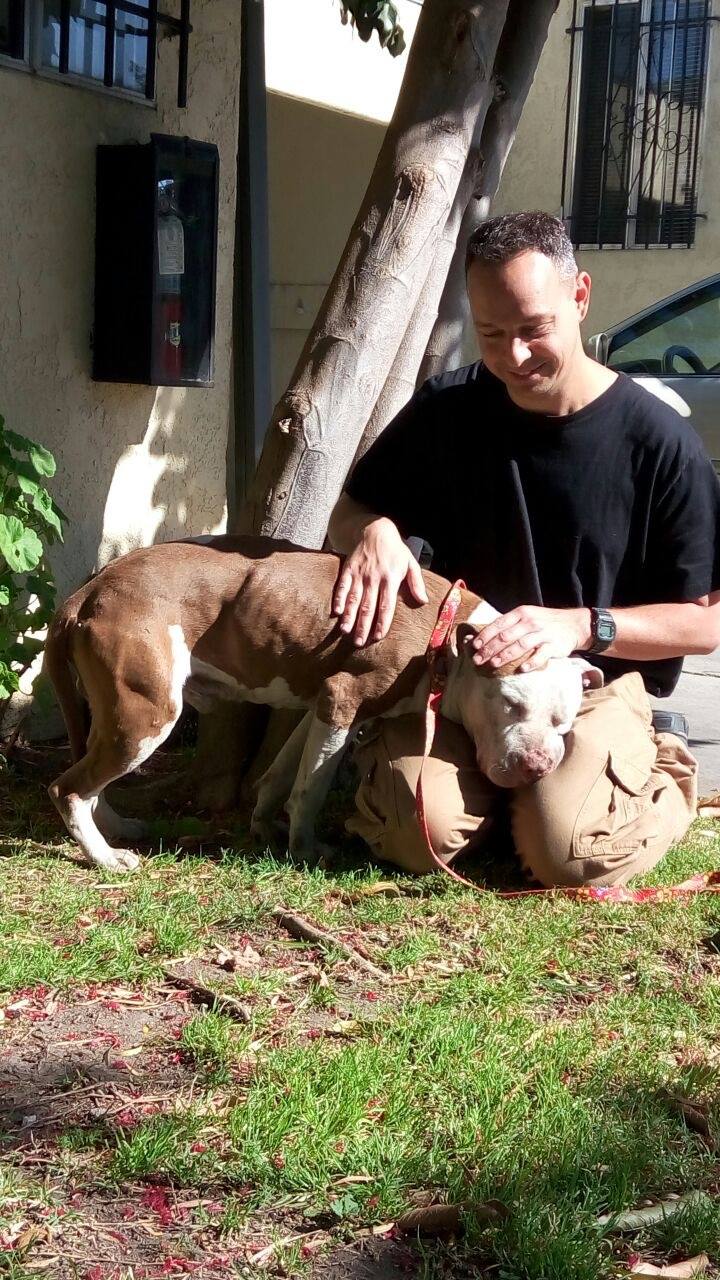 In the car on the way back to the Hope for Paws animal hospital, Captain wagged his tail for a second and then slept the whole way. Sadly, at the hospital Captains, health problems came to light. He had complete kidney failure, as well as heart failure, and shortly after arriving at the hospital, he passed away. Thanks to the swift action of a group of kids, Captain was able to peacefully pass away on a comfortable bed, surrounded by people who cared for him.

You never know when an animal might need your help. Consider keeping an animal rescue kit in your car at all times. This can include such items as a leash, crate, food and water, treats, a warm blanket, and a pet first aid kit. Always call the authorities when in doubt on how to proceed. For more tips on what you should do if you see a stray dog on the streets or wandering your neighborhood, click here.

Hope for Paws devote their entire lives, day in and day out, to saving homeless animals and they deserve to be lauded as the heroes they are! To learn more about Hope for Paws and the amazing work they do, click here.