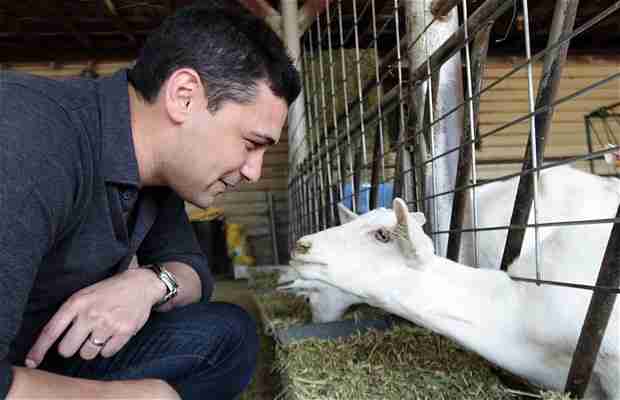 A recent episode of the BBC documentary show “Horizon” introduced the bizarre new world of synthetic biology, where nature and living beings are exploited in ways we thought was only possible in science fiction movies.

One of the segments in the show featured Professor Randy Lewis, who has developed a new hybrid breed of “spider-goats.” The Utah State University Scientist has genetically modified a protein in the goat’s milk that allows for spider silk thread to be produced.

Spider silk is apparently one of the toughest natural substances in the world, but because there isn’t enough to satisfy human needs, the scientist decided that the only way to get mass quantities of it was to implant some spider DNA into some goats.

In the video clip from the show, you can see the shock in biologist Adam Rutherford’s face as he interviews the professor.

The video highlights the weirdness of some of the genetic experiments that are performed on animals and raises one really important question. Does the fact that we can, mean that we should?