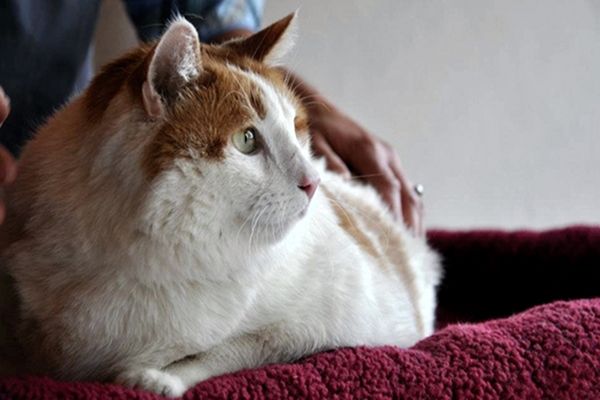 Meow, the overweight cat who recently made national headlines, with appearances on the Today Show and the Anderson Cooper Show has died.

The 2-year-old weighed 39 pounds and was dubbed the nation’s fattest cat.

According to the Santa Fe Animal Shelter & Humane Society’s Facebook page, Meow died at 4:30 p.m. Saturday, May 5, 2012 due to respiratory complications.

Meow began wheezing last Thursday in his foster home and despite the efforts of four veterinarians, he succumbed to pulmonary failure.

“Meow had been doing so well in his foster home; walking up stairs and seeking affection — that it is so very hard to believe he is gone,” said the statement on the Shelter’s Facebook Page.

Mary Martin, executive director of the Santa Fe Shelter said the shelter was devastated at the news of Meow’s death and they will forever be grateful for the attention Meow’s size brought to pet obesity and to animal shelters across the country.

Watch clips of Meow’s appearance on the Today Show and the Anderson Cooper Show below: