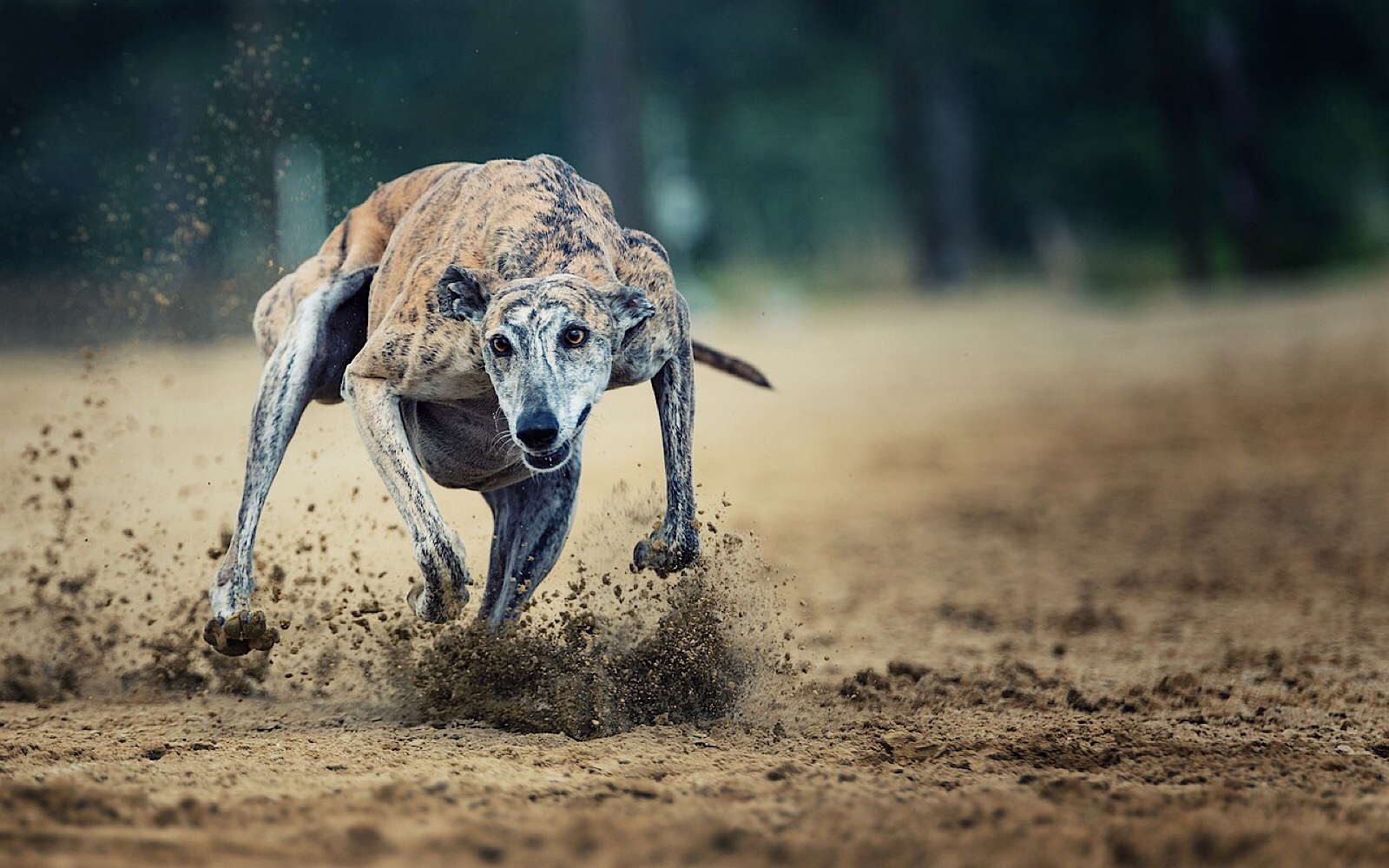 Considering commercial dog racing is illegal in 40 states, and an additional four states do not have any dog racetracks, many people perceive racing dogs to be a cruel practice of yesteryear. However, there are still 18 active dog racing tracks throughout Florida, Alabama, West Virginia, Iowa, Arkansas, and Texas. The Greyhounds used in the dog racing industry suffer immensely. Forced to run at lightning speed and push their physical limits, injuries and death are common, and dogs who don’t win are callously discarded like mere objects. Thankfully, there are organizations like GREY2K that are working to end commercial dog racing and save thousands of innocent Greyhounds’ lives.

GREY2K has composed a petition on Care2 calling for an end to dog racing in Florida. Although a major track in Florida was set to shut down last year, the petition explains, that according to state reports, a racing Greyhound dies every three days. The petition details the story of a racing Greyhound who “snapped his spinal cord” while racing at the Palm Beach Kennel Club. Another Greyhound suffered from a “ruptured organ” after colliding with another dog on the track, but she tried to finish the race, only to end up collapsing and dying alone in the dirt at the side of the Daytona Beach dog track. A puppy who was in “training” was electrocuted and died at the track without so much as even being given a name. On top of all this, racing dogs are routinely doped up on drugs ranging from lidocaine to anabolic steroids to oxycodone to cocaine and are kept in small crates for 20-23 hours a day.

This insanity must end NOW. Please take a moment to sign the petition calling for a ban on dog racing in Florida.

To learn more about how you can become involved in helping end dog racing, visit the GREY2K website here.

There is great power in public opinion, so please remember to share this with your network to spread awareness of the serious issue and increase support for racing dogs!