Protestors Continue to Block UK Oil Terminals Despite Over 100 Arrests 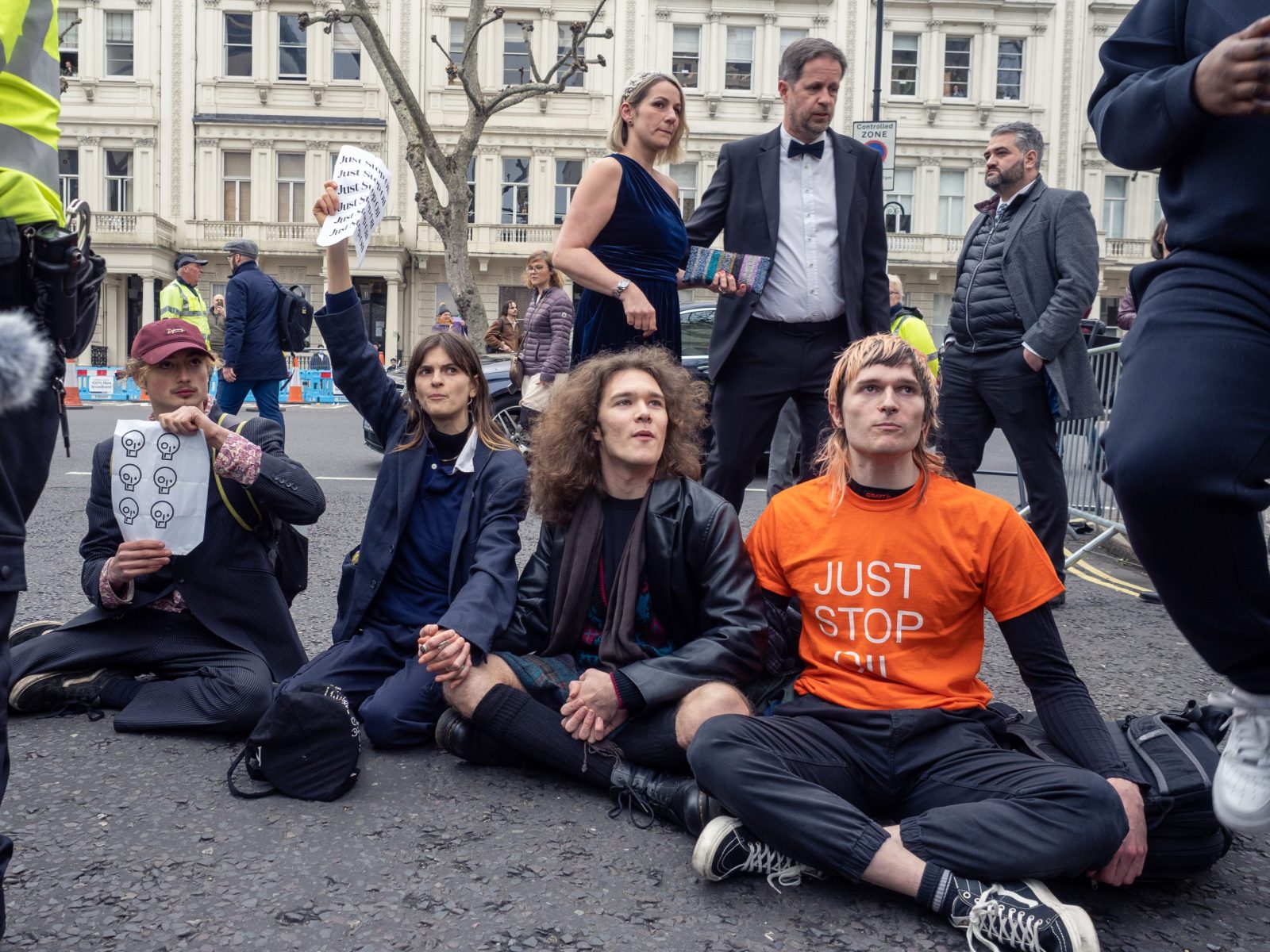 Activists in the U.K. continue to block oil terminals by climbing on tankers and gluing themselves to roads, despite more than 100 arrests.

More than 100 people have been arrested, but the climate change protestors aren’t letting it discourage and interrupt their message that the fossil fuel industry needs to end.

Just Stop Oil is a group working together to ensure that the Government agrees to stop new fossil fuel licensing and production. According to their website, over 500 passionate activists began action early morning on April 1st at refineries near London, Birmingham, and Southampton. Videos posted by the group show people climbing on tankers, tying their necks to large oil trucks, and doing everything they can to stop the massive oil trucks from moving.

Just Stop Oil blocks critical oil facilities for the third day in a row demanding an end to new oil and gas.

Want to get involved? Daily zoom calls happening from today. Click the link in our bio to find out more.#juststopoil #Endfossilfuels pic.twitter.com/zJzWxBzOFw

Police have said they arrested numerous people on suspicion of various offenses.

The group has blocked navigator terminals in Essex and posted photos of hundreds of protestors holding up orange “Just Stop Oil” banners. Protestors have also blocked access to the Titan Truck Park and revealed a secret underground network of tunnels leading to the site. This means the primary and emergency access roads have now been blocked by the protestors.

The oil pipeline distribution network ExxonMobil U.K. has had to close down three of its terminals because of the protests, and police continue to make arrests. All that matters to these big companies is money. Years and years of scientific evidence show that oil and fossil fuels are bad for the environment, but these powerful companies continue despite the facts.

No matter where you are located, you can participate in their daily zoom calls and find more information on their website if you want to get involved.