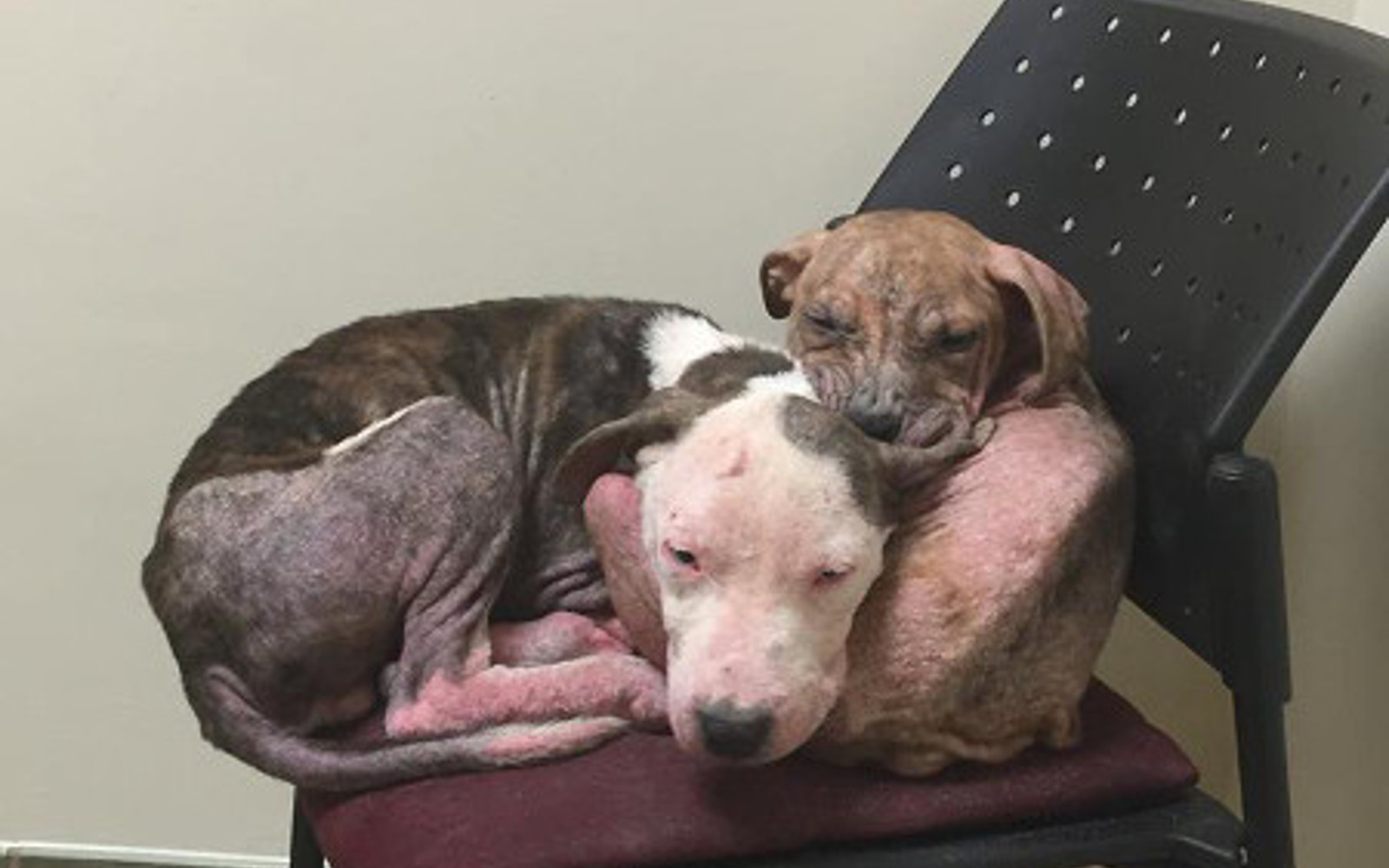 Justice was served when D.C resident, Brenda Bullock, was arrested and charged with three counts of cruelty to animals following an investigation by Washington’s Humane Society (WHS) and Animal Rescue League (ARL). The three four-month-old pit bull puppies she so terribly failed were surrendered to Animal Control Officers. Chase, Haagen Dazs, and Klondike were all suffering from chronic medical conditions that had clearly gone untreated for months and were extremely weak.

Once given their prognosis by the doctors, the three pups received over $9,000 in medical treatment and around-the-clock care from the emergency vet team. The treatment clearly took a toll, but at least the pups had each other for comfort. Two of the puppies were taken to an adoption facility, but Chase, who was the most severely affected, remained at the hospital undergoing treatment.

Upon arrival, Chase was found to be suffering from demodectic mange over his entire body and was emaciated, dehydrated, hypoglycemic, hypothermic, and anemic! While at first, doctors were not sure Chase would even survive, after a successful blood transfusion and 12 days of intensive care, he improved enough to be transferred to a medical foster home.

Despite everything, Chase seemed to be in fairly good spirits. We hope this cutie continues to get better and eventually find a loving forever family!

While Pit Bulls have gotten a bad rep over the years for being an aggressive and potentially dangerous breed, we doubt that anyone would wish the amount of abuse Bullock’s three Pit Bulls received under her care.

“By the age of four months, Chase and his two siblings had experienced more suffering than any living being should be subjected to in a lifetime,” said Lisa LaFontaine, President and CEO of WHS/WARL. “Cruelty to animals in any form can never be tolerated and the people of our community should know that we will relentlessly pursue those that commit these crimes.”

We applaud the efforts of these incredible people and are very glad that these pups are rehabilitating well. One day, we hope that they are able to overcome the trauma they have experienced and live the normal dog lives they have deserved since day one.