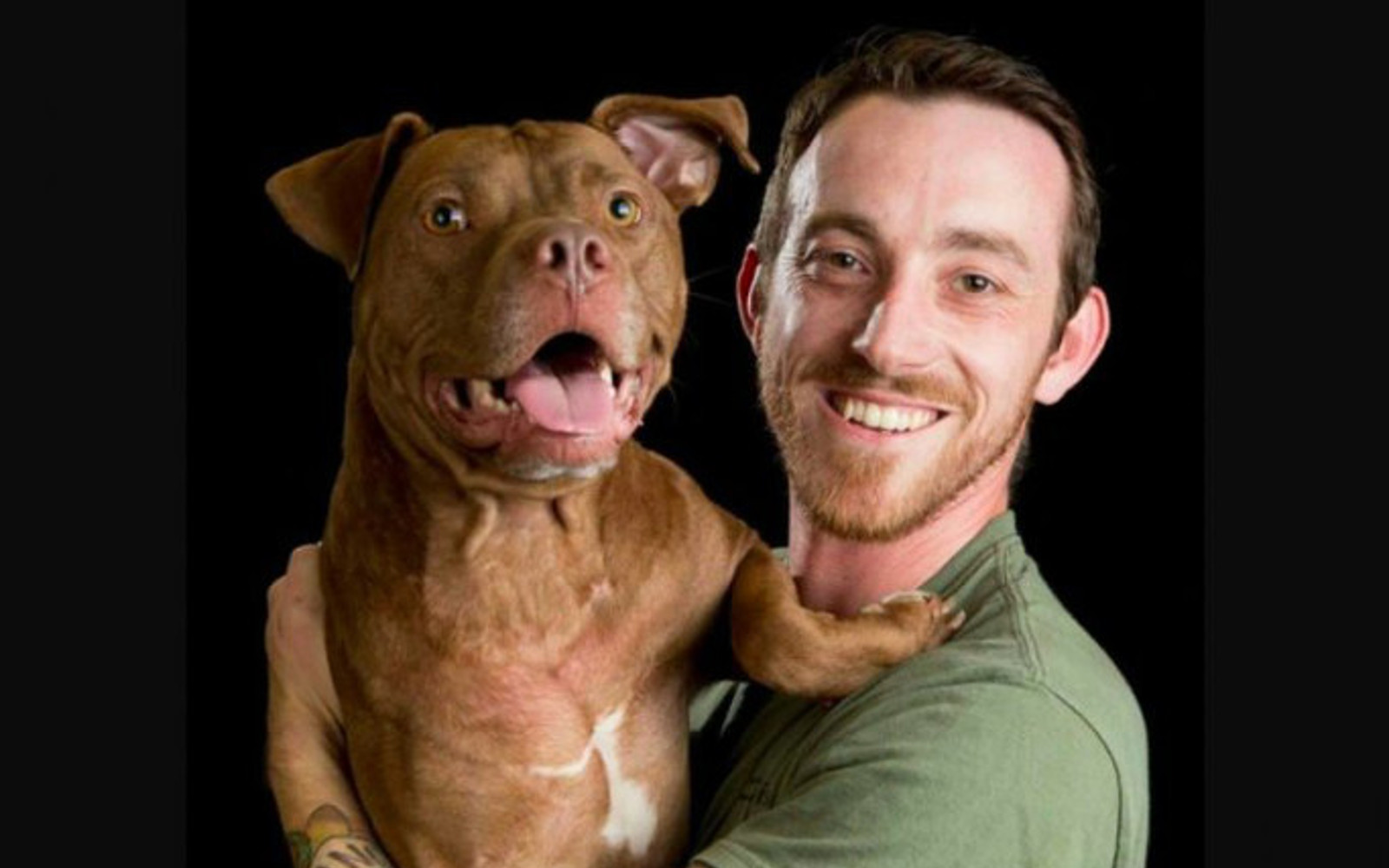 Pit Bulls do not have an easy life. Despite the fact that at one time these dogs were referred to as “nanny dogs” because of their caring demeanor around children, Pit Bulls’ strong and naturally fierce appearance has made them vulnerable to exploitation. Cruel people have made this breed synonymous with violence, aggression, gangs, and fighting rings. Because of this reputation, Pit Bulls have an extremely difficult time getting adopted. Nowadays, simply because of their breed, Pit Bulls can be overlooked hundreds of times and ultimately euthanized. One in four of all animals brought into shelters are Pit Bulls, and their average euthanasia rate at shelters hovers at 93 percent, a depressing statistic that really shows how wrongful stereotypes can get out of hand. Breed specific legislation has also made life difficult for this breed, even if they have a forever home. And we can only imagine how terrifying it can be to be a stray Pit Bull, always susceptible to kidnapping, abuse, or being killed simply out of fear.

A Pit Bull by the name of Chesty is the perfect example of how stereotypes can lead people to make pretty rash decisions out of fear. Three years ago, Chesty was a stray dog who was simply living day by day, trying to stay away from trouble, get enough food in his belly, and drink enough water to survive. In 2013, Chesty, who was just a year old, was enjoying some shade under a bush, trying to get some relief from the sweltering heat of an Ohio summer. A police officer walked up to Chesty while he was taking a nap, and nudged the pup with his foot. After being jolted awake, Chesty, like most other stray dogs, had no idea if the police officer was there to harm him or help him. So, he did what any dog would do – he barked loudly and charged. The officer immediately whipped out his weapon and shot Chesty from a close range.

With a shattered shoulder, Chesty was taken in by the Miami Valley Pit Crew, a local animal rescue organization. Chesty went in immediately for surgery. Over 50 bone fragments were removed from his shoulder. What a trooper! 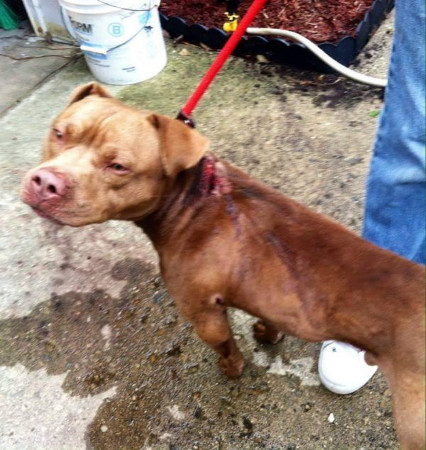 Eventually, a man by the name of Steffen Baldwin decided to foster Chesty and give him a second chance at life. Chesty would require a lot of care, but Baldwin was ready to take on the responsibility. 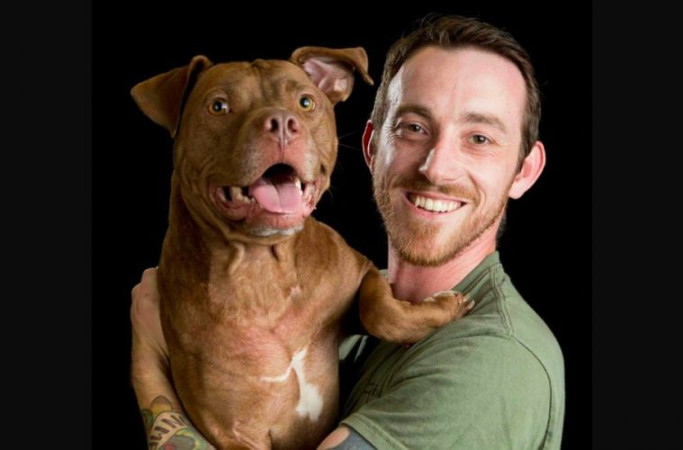 First, Chesty became acquainted with the rest of Baldwin’s dogs. They got along swimmingly! 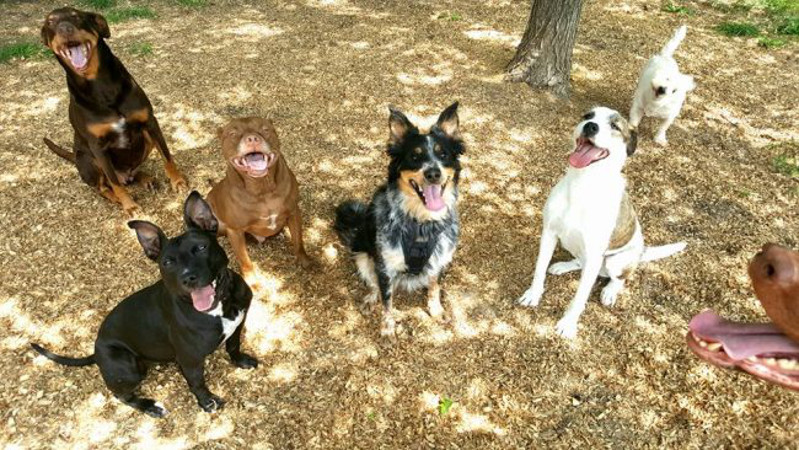 Then he got to know more of Baldwin’s human family. He fit right in there, too! 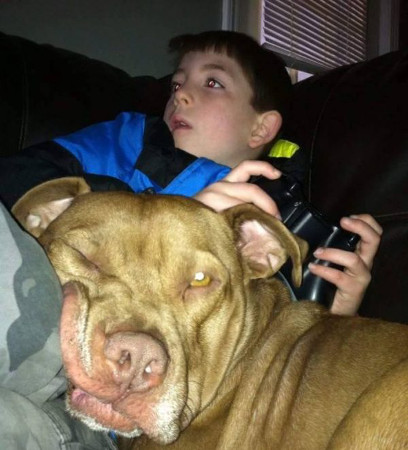 Baldwin eventually ended up adopting Chesty and brought the pup along for several dog safety demonstrations with his non-profit organization, Animal Cruelty Task Force of Ohio. 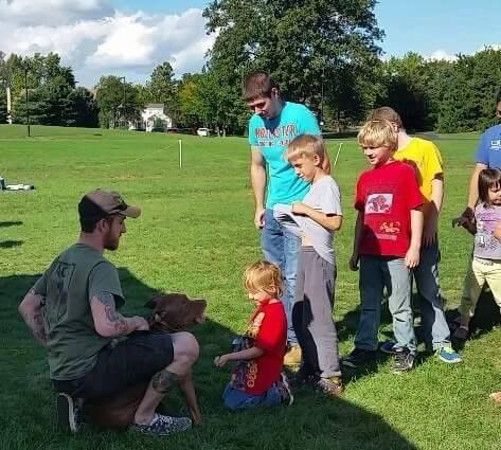 Chesty was not only behaving wonderfully at home, he was getting other people to learn more about Pit Bulls and how to interact safely with dogs in any situation. 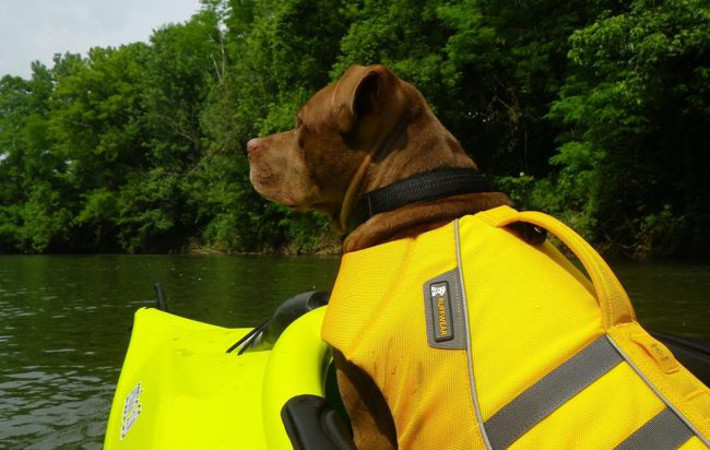 In 2015, Baldwin began working with a fellow animal welfare advocate, Pit Bull owner, and renegade dog rescuer, Gordon Shell. One of the initiatives involved developing a class to teach police officers how to interact with dogs. 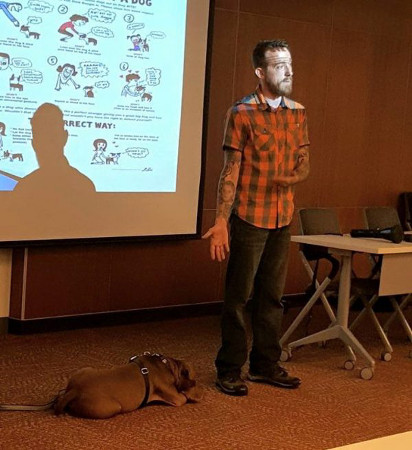 It’s unclear as to how many dogs are actually shot by police every year, but as animal lovers, we can’t help but think any number of dogs being shot by police is too high of a number. 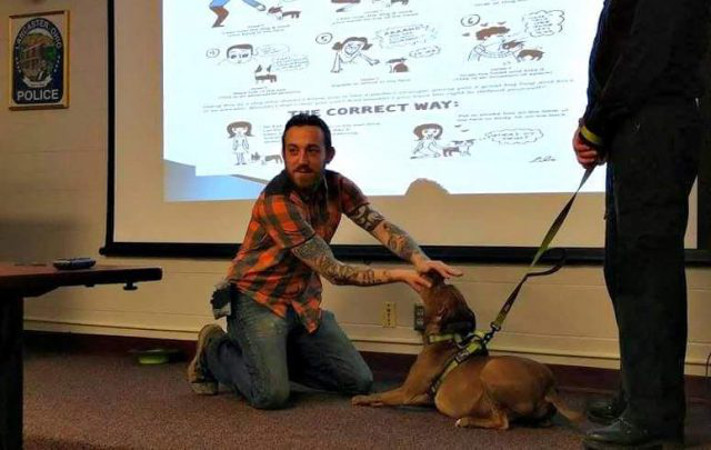 The impact of the class was immediate. Local officers were put to the test in certain situations and successfully applied the training instead of resorting to deadly force. “I felt more comfortable, having had the training,” Officer Temper told the Columbus Dispatch. 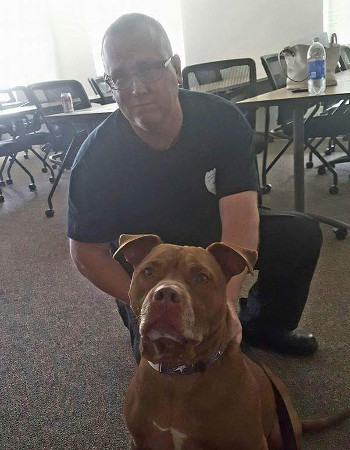 Chesty continues to help officers learn how to approach dogs and teaches them “the most subtle changes in our body positioning and methods of approach can completely change a dog’s response.” It’s important for officers to know that all dogs are different and most of them are just scared. 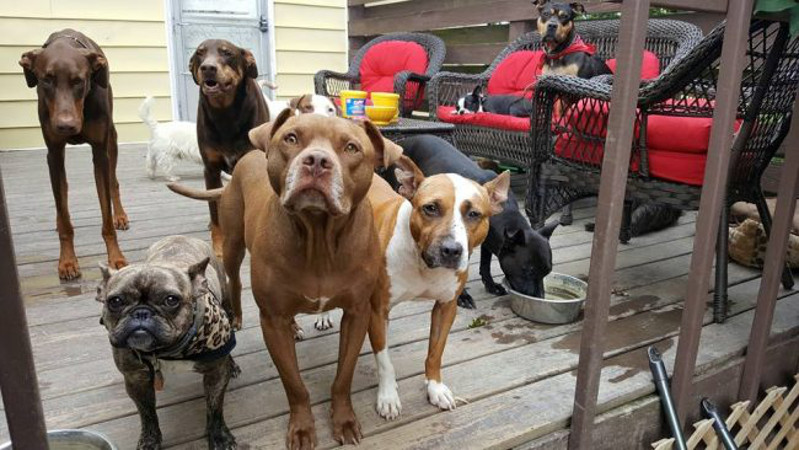 While it’s very easy to write off Pit Bulls as dangerous and aggressive and hurt them out of fear, it is infinitely better to learn about their personalities and trace what is at truly at the root of all the stigmas against them. Now more than ever it is imperative for people to realize that Pitties are simply a reflection of those around them. If someone approaches them aggressively, they will respond aggressively. However, when these dogs are shown kindness, love, and respect, they respond accordingly. We’re so glad that Chesty is spreading the word on how to interact with dogs to make a kinder and safer world for all.