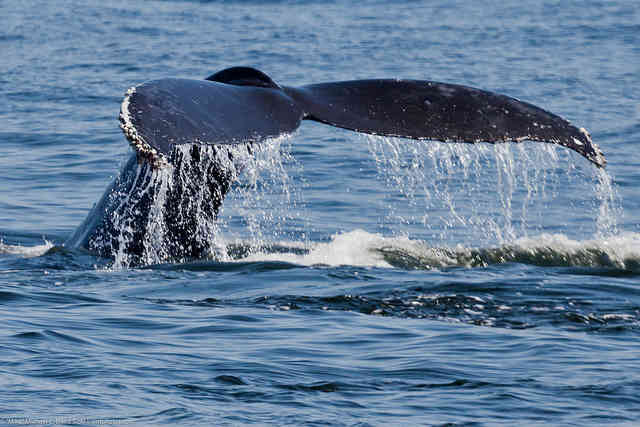 A study of whale fecal matter has shown that persistent noise pollution from maritime traffic causes an increased level of stress in the marine mammals.

Rosalind Rolland of the New England Aquarium began a study of the whale’s habits during the summer of 2001. The tragedy of September 11, which caused maritime traffic to suddenly drop off, made it possible to measure the impact of varying levels of sound pollution in the sea. The study continued for 6 weeks a year until 2005 and revealed that whale’s fecal matter contained hormone-related chemicals, called glucocorticoids. These hormones level correlated with instances of stress in the walls. They found that changes in the concentration of the hormone matched perfectly the sudden drop and gradual renewal of maritime traffic in the area.

The affect of stress works in whales the same way it works on humans. It’s good for short-term flight or fight situations but dangerous if sustained over a long period of time.

The North Atlantic Whales are critically endangered and spend much of their time near the shore where boat traffic already presents the hazard of collisions. The noise is just an added harm to the animals. According to the study, “Acoustic pollution from anthropogenic sources presents a less visible but pervasive disturbance to these coastal-dwelling whales that may have negative consequences for population viability.”

Understanding how our actions are hurting the whales is the first means of eventually helping and negating our affect on their habitat.