Mark Zuckerberg: Done Being “Thankful” and Back to Paying Others to Kill Animals 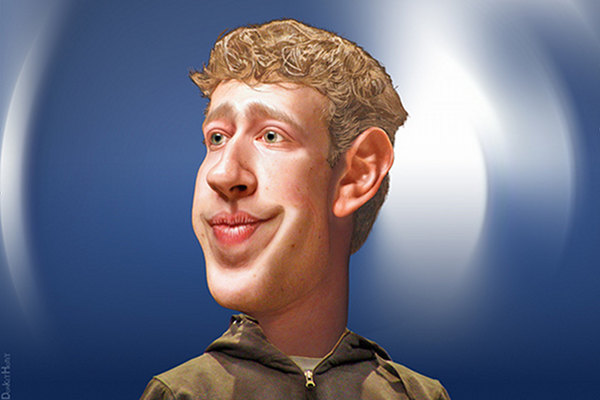 So Facebook Founder and CEO, Mark Zuckerberg has decided that his Meat Challenge is over. In other words, he’s no longer only eating meat from animals he kills.

If you don’t recall, last year, in an email to Fortune, Zuckerberg reportedly said

This year, my personal challenge is around being thankful for the food I have to eat. I think many people forget that a living being has to die for you to eat meat, so my goal revolves around not letting myself forget that and being thankful for what I have. This year I’ve basically become a vegetarian since the only meat I’m eating is from animals I’ve killed myself. So far, this has been a good experience. I’m eating a lot healthier foods and I’ve learned a lot about sustainable farming and raising of animals.

I started thinking about this last year when I had a pig roast at my house. A bunch of people told me that even though they loved eating pork, they really didn’t want to think about the fact that the pig used to be alive. That just seemed irresponsible to me. I don’t have an issue with anything people choose to eat, but I do think they should take responsibility and be thankful for what they eat rather than trying to ignore where it came from.

This past weekend, he posted the following status update on Facebook: 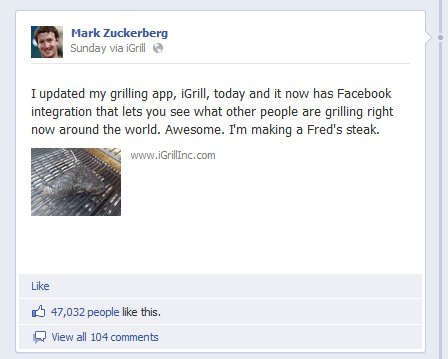 The Huffington Post reports that a “Fred’s steak” refers to a speciality slab of beef sold at Schaub’s Meat, Fish and Poultry Market in Palo Alto, Calif. NBC News’ Helen A.S. Popkin called the shop near Zuckerberg’s home to confirm that the Facebook founder was spotted there buying meat over the weekend.

While taking responsibility for the food one eats sounds like a pretty admirable goal, he sure found a twisted way of being “thankful” for the animals that die for food. One has to also wonder what Mark learned by undertaking the year long challenge. If you’re not killing animals yourself, pay someone else to kill an animal and serve you a slab of “artisinal,” “sustainable,” “specialty,” “humane” meat, perhaps?

Put those billions to use Mark and support some farm animal sanctuaries and causes, educate yourself about the environmental and health impacts of eating animal products, whether factory produced or from “sustainable” farms and learn how to make some truly conscious choices.