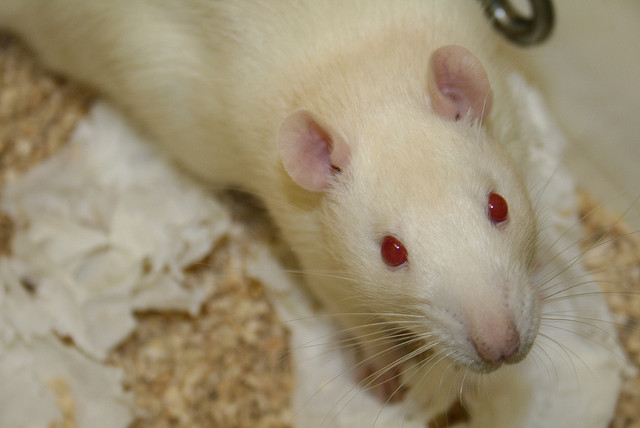 This month, the Journal of Food and Chemical Toxicology decided to retract a 2012 study on the “Long term toxicity of a Roundup herbicide and a Roundup-tolerant genetically modified maize” on rats.

The study went something like this: a research team fed both conventional and GMO corn to rats (and, according to an article published in Grist, “spiked the water of other rats with the Round-Up herbicide glyphosate”) for a two-year period.

The results? Grist reports: “At the end of that period grotesque tumors bulged from many of the rats. There were more tumors and deaths in certain groups of rats fed on GM corn and glyphosate.”

A year after the study’s initial publication, Elsevier, the company responsible for the journal, announced that, “There is a legitimate cause for concern regarding both the number of animals in each study group and the particular strain selected.”

Apparently, the statement reads, the journal received letters to the editor about the study regarding these issues, and lead to the following ruling: “Ultimately, the results presented (while not incorrect) are inconclusive, and therefore do not reach the threshold of publication for Food and Chemical Toxicology.” Thus, the study is now fully retracted.

Responses to this news have varied. Grist Food Writer Nathanael Johnson asks, “Should ‘just not good enough’ be grounds for a retraction?”

Ivan Oransky, a blogger for Retraction Watch, states: “[Many] scientists say that retraction should be reserved for fraud and serious error. Does that hold for a paper that many criticized as deeply flawed — and which challenged GMOs, whose use is supported by many scientists?”

Johnson asserts, “This decision has a lot more to do with messy public relations than with science … To people who aren’t familiar with the larger body of research, and who mistrust GMOs, it looks like proof that GM food kills. It produced disturbing images of tumorous rats that continue bouncing around social media to this day. The retraction provides an easy rejoinder to that sort of thing. As in, ‘You know that study was retracted, right?’”

Then there’s this: the research team responsible for the article has alleged that the retraction may have been prompted when, in May 2013, Elsevier “created a special new position, Associate Editor for Biotechnology (i.e. GMO), and filled it with a former Monsanto employee who worked for the giant Monsanto front-organization, the International Life Sciences Institute, which develops industry-friendly risk assessment methods for GM foods and chemical food contaminants and inserts them into government regulations.”

The former Monsanto employee, Richard Goodman, has denied any involvement with the retraction.

And, finally consider this: according to William Engdahl with Rt.com, in 2009, Elsevier “invented an entire medical journal, complete with editorial board, in order to publish papers promoting the products of the pharmaceutical manufacturer Merck.”

So does something seem a little fishy here, Green Monsters? And what about the poor rats? Whether this study deserves publications or not, animal testing isn’t necessary.

All of this doesn’t quite add up, and the retraction decision seems a bit deeper than what has floated to the surface here. Is it possible that the results are just too frightening to share with the public? Would this be bad “public relations” for the journal? While the answers still are not clear, one thing is for sure: we need to scrutinize all of those involved with the propagation of GMOs that much more.