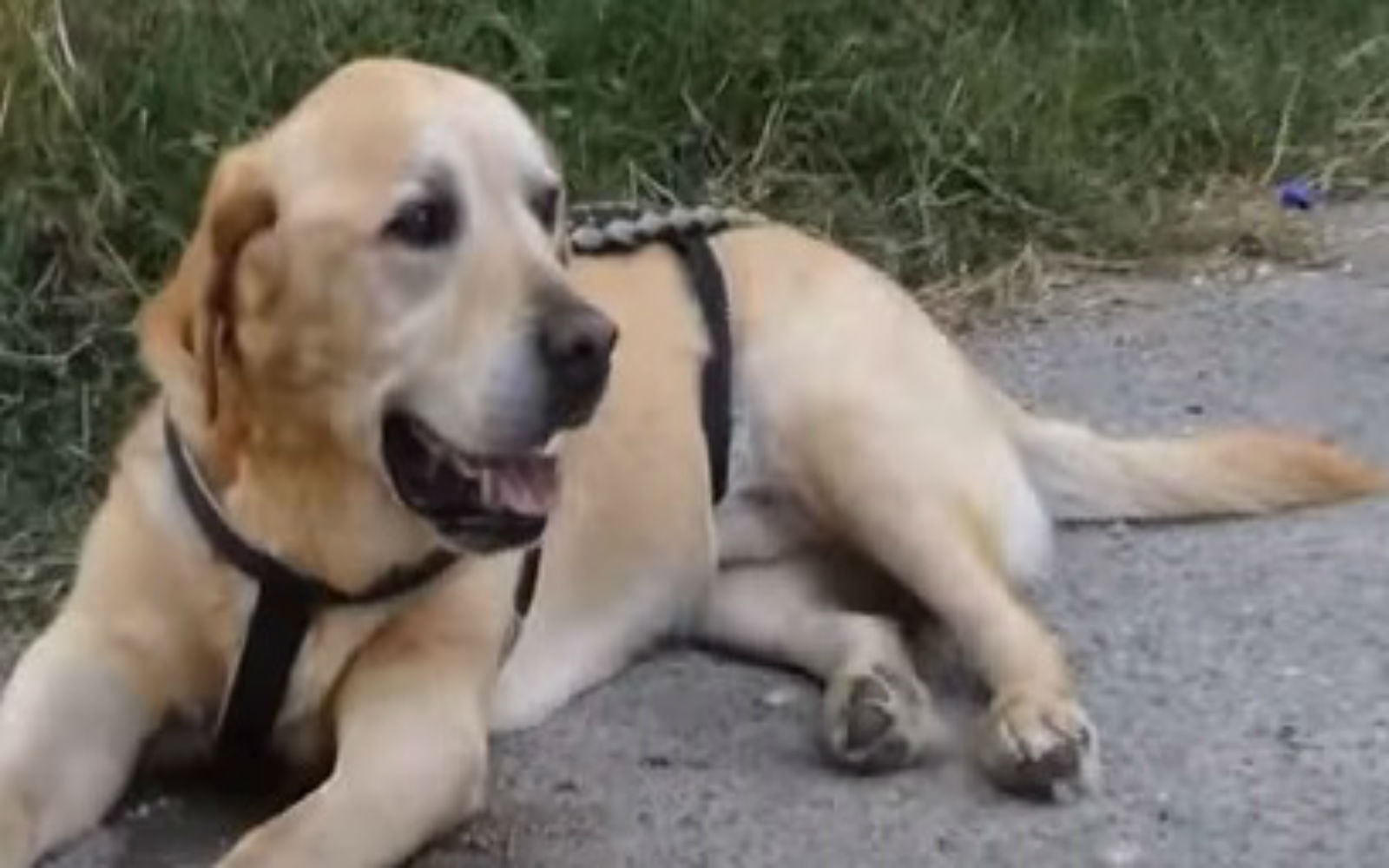 Anyone looking for a new grandfather figure in their lives? Then we have just the gentleman for you! He even comes with a pet!

Tonino Vitale and his dog Dylan recently made Italian news. Dylan is a thirteen-year-old Labrador, who for many might be thought of as past his best. He has a severe form of arthritis which means his hind legs don’t work as they should.

He also suffers from a shortness of breath and has a weak heart, although that doesn’t stop him from voicing his opinion by barking! But rather than give up on him, Vitale made a cart that he uses to push Dylan along the streets where they live. 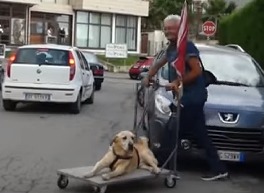 Images of Vitale helping Dylan on to this cart were captured on a smartphone. The images were posted online where, of course, they went viral. News quickly spread across the country, with hundreds commenting on the kind-hearted Vitale and his efforts. Check them out on Italian news!

The news about the pair reached Alessandro Ortalo, who has spent the past ten years giving mobility back to disabled animals. He was so struck by Vitale and Dylan’s story that he provided Vitale with one of his special harnesses for Dylan. 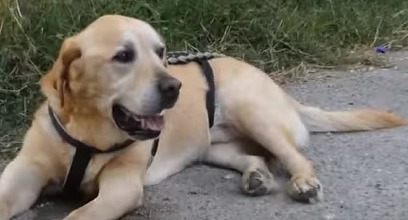 This harness means that Vitale can more easily and safely lift Dylan up on to his cart, which he uses every day. Even though Dylan can’t use his left legs, Vitale doesn’t want him to feel like he’s missing out on life. Vitale wants Dylan to live as peacefully and comfortably as he possibly can for however many days, weeks, or months he has left. 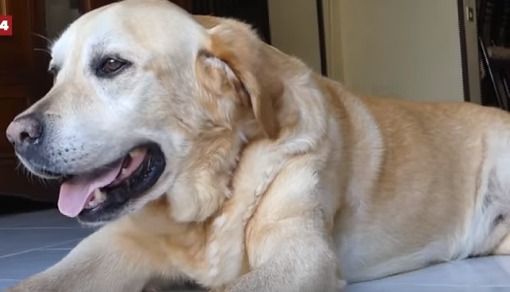 Vitale refers to Dylan as his friend, and he says that Dylan has helped him through problems in his own life including the death of his mother. Vitale says he is only giving back the love that Dylan has given him over the years. 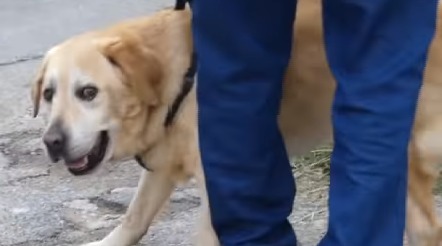 Doesn’t this story restore your faith in humanity a little? Vitale is one of a number of incredible people who fashion transport for their disabled pets instead of giving up on them. It is beautiful and heart-warming to know that even animals with these difficulties are still receiving the love they so rightfully deserve.

Perhaps we should show the same kindness that Vitale has shown to Dylan to other people, as well as those animals around us looking for homes! To support shelters that do similar work providing assistance to pets with special needs, take a look at some of the amazing places working hard across America.