Last year we shared that world-famous Esther the Wonder Pig had fallen ill, and due to certain laws pertaining to the transport of animals, her two guardians were having trouble getting her the best possible treatment. However, nearly a year later, we have some excellent news to share — Esther is now cancer-free!

Esther’s guardians took to Facebook to share the happy news, stating: “We just got off the phone with OVC, Esther is officially cancer free!!!! The margins are all good, and the oncology team agrees that chemo and/or radiation are not required.” 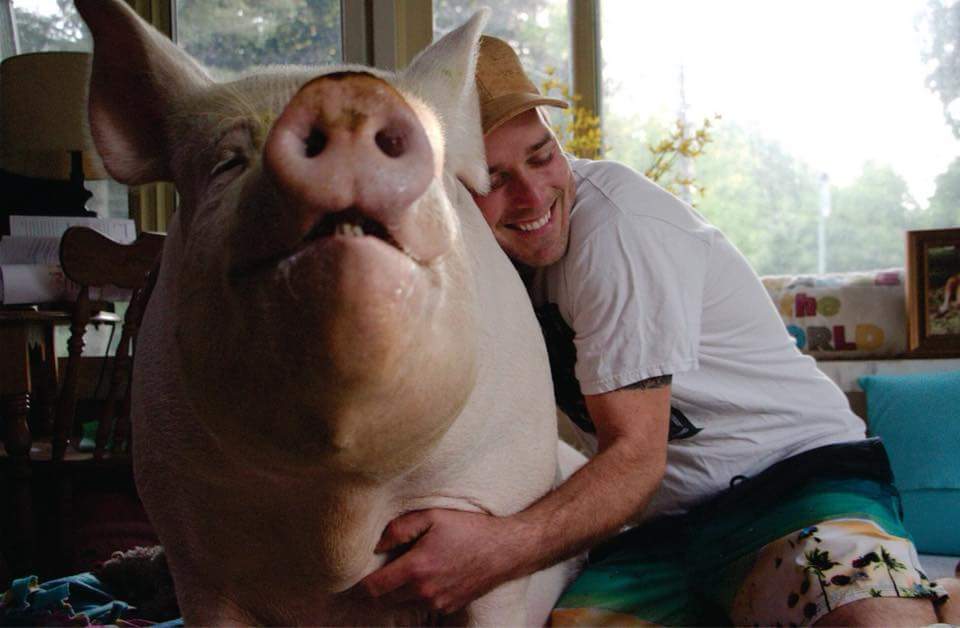 Esther had several mammary tumors removed, three of which were deemed “pre-cancerous” and one that was cancerous. The cancer has not spread to her lymph nodes though, which is a good sign. Her guardians are now considering spaying her to prevent any other potential cancer scares, which is yet another reminder and reason for people to spay and neuter their companion animals — doing so can prevent cancer and extend animals’ lives.

Esther has been such a beautiful representative for the plight of pigs, showing that animals who are typically considered food sources and commodities are actually individuals with unique personalities and preferences with a breadth of emotions not unlike ourselves. We are so glad to hear Esther’s health has improved and she is on the mend so she can continue to be a beacon of inspiration and hope for a better future for animals, especially those who are traditionally deemed as farm animals.

And remember to SHARE this good news with your network to brighten up the day!